The e-commerce giant is in talks with Warner Bros. to bring the fantasy epic to the small screen

The e-commerce giant is in talks with Warner Bros. to bring the fantasy epic to the small screen

amazonappocalypse newsentertainmentmiddle earththe lord of the rings
By Divij Sonak On Nov 4, 2017 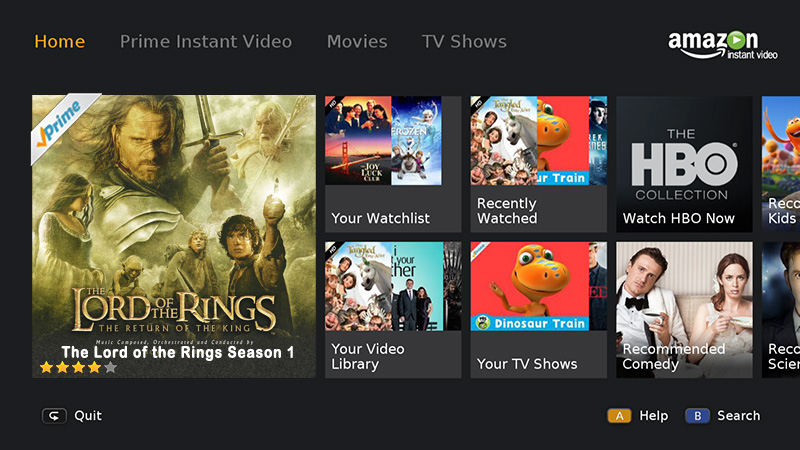 Warner Bros. and Amazon are seemingly in talks to develop a new series based on J. R. R. Tolkien’s The Lord of the Rings trilogy of books. Amazon CEO Jeff Bezos is said to be personally involved in the negotiations after the departure of some of his high-profile executives heading the concerned divisions in the past month. The report comes courtesy Variety and has been picked up by a variety of media outlets in the past hour or two.

At Amazon’s end, Jeff Bezos has expressed his desire about moving into developing series and shows with a much broader international appeal. Already eyeing several science-fiction story-lines, Bezos definitely wants to get something on the lines of Game of Thrones to Amazon’s streaming service, having understood what it did for HBO’s streaming service HBO Now. With a very well received fantasy epic on their hands, it’s unlikely he would let it slide away easily and his personal involvement into negotiating a deal doesn’t come as much of a surprise.

Warner Bros. on the other hand recently settled an ongoing dispute with the Tolkien estate that spurred out since 2012 with an undisclosed criteria. The two are now actively working together for some time to ship a series based on Middle-Earth to several TV studios with Amazon having emerged as the frontrunner in terms of bidding. I wouldn’t be surprised if Hulu, Netflix or even Apple were somehow involved or interested in this opportunity (seeing as Apple already poached for the rights to the James Bond franchise).

The question on the minds of fans though is what exactly is the need of another adaptation of The Lord of the Rings since Peter Jackson’s trilogy with double-digit Academy Award wins is widely regarded as one of the more perfect book-to-screen adaptations of all time, not to mention the three movies are some of the highest rated movies in Hollywood. With such an impeccable record, it would be difficult to match fan-expectations if the same story were to be re-told in a Game of Thrones style TV series with the advantage of course being that the story has a definite end that is written. To that end, it is not exactly clear if its the trilogy that is being negotiated for or if Warner Bros. and Amazon are planning something else set in the Middle-Earth Universe. Something like Silmarillion makes perfect sense for this kind of an adaptation – its story is expansive, non-linear and often shifts between different perspectives which would lend itself perfectly to the Game of Thrones style show that the studios are looking to recreate.

This is a developing story so we’ll update it with more details as and when they come out. Stay tuned.