The phone will go on sale in the United States, India and China on November 1 with other markets to follow 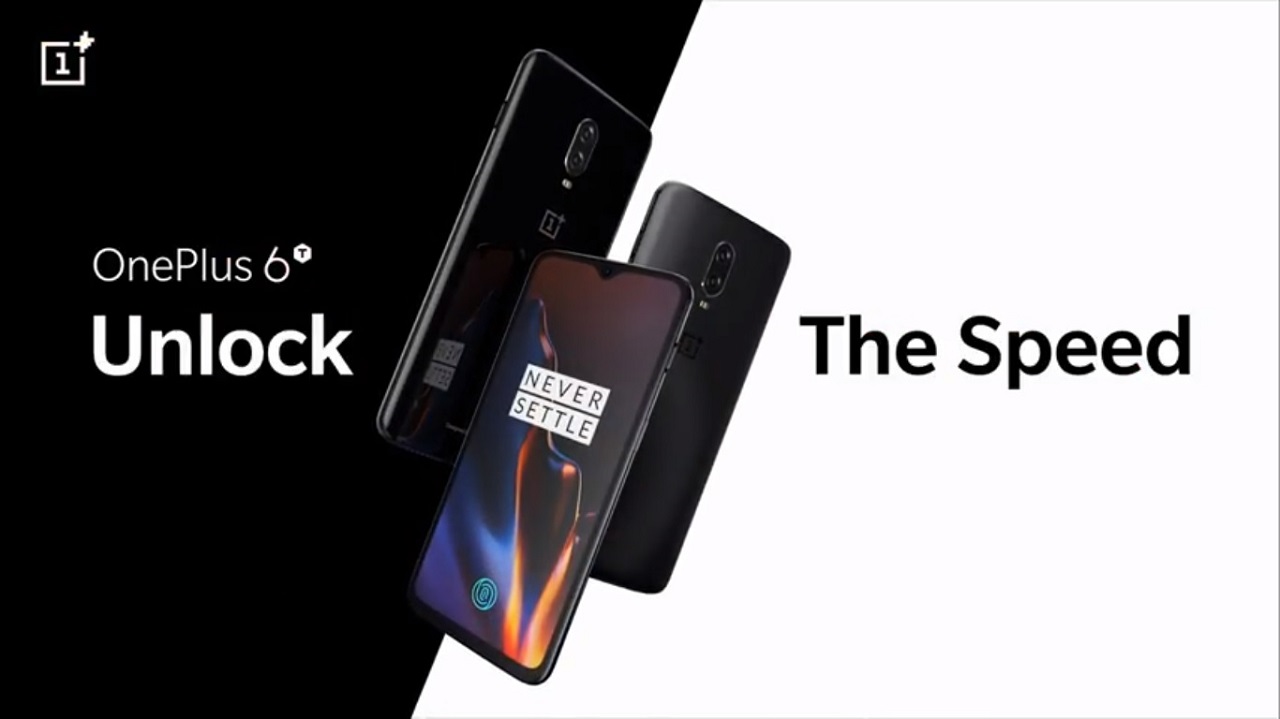 OnePlus today unveiled the OnePlus 6T in an official event held in New York City. Prior leaks had left nothing much to the imagination and as it turns out, the final reveal was faithful to all the speculations. It’s an updated design that gets rid of a lot of things including the fingerprint sensor on the back, the big-sized notch at the top and most disappointingly, the 3.5 mm headphone jack.

Those items all get their due upgrades. The fingerprint reader has moved under the screen, making the OnePlus 6T one of the early adopters of the in-display fingerprint tech. OnePlus revealed that while similar tech was considered for the OnePlus 5T, the tech at the time just wasn’t responsive enough. In comparison, the reader on the OnePlus 6T unlocks the phone in about 0.34 seconds which, while slightly slower than the 0.2 seconds of the fingerprint sensor on the back of the OnePlus 6, is responsive enough to be considered a smooth experience. The notch has shrunk to a waterdrop one which is a lot more bearable than the spread out one on the OnePlus 6. And finally, the jack is gone with USB-C being the replacement for it, a less than palatable change for the majority out there.

On the software side, OxygenOS has gotten a major revamp, something that OnePlus CEO Pete Lau had hinted at in promoting the phone. It runs faster and smoother with a new sleek, redesigned UI and improved gesture navigation dubbed Smooth Gestures 2.0. The camera also sees some improvements on the software side, including support for Studio Lighting, essentially OnePlus’ way of emulating Apple’s Portrait Lighting. OnePlus even brought photographer Kevin on stage to demonstrate the effect.

The OnePlus 6T will be available in Mirror Black and Midnight Black combinations, same as its predecessor and will go on shelves by November 1. There’s an India-specific unveiling scheduled for tomorrow but it’s highly unlikely that any new info will emerge through it save for a few new local deals. The base Mirror Black version has been updated and now features 6 GB RAM and 128 GB storage and will be available for $549 while the 8 GB RAM, 128 GB storage Midnight Black edition goes for $579. The topmost version with 8 GB RAM and 256 GB storage will set you back $629.

OnePlus is also tying up with T-Mobile to offer upto $300 on exchanging a plethora of phones from either OnePlus or other manufacturers. The sweet deal is that even the oldest of phones are included in the deal i.e., if you have a OnePlus 3 or even a OnePlus One, you can exchange it for a 6T under T-Mobile’s deal and get a 6T at almost half the price. That’s a great deal and should open the doors for the Chinese company in the US.