The End Of The Yahoo Era: Verizon Offers To Buy Yahoo For $4.8 Billion 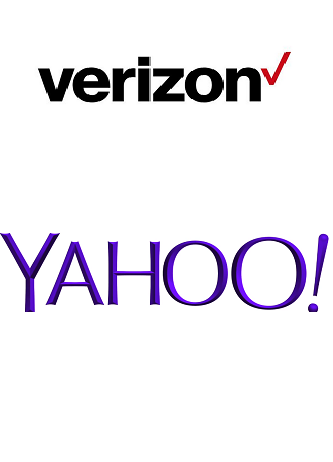 Verizon Communications has closed in a deal to buy Yahoo for $4.8 billion. This acquisition comes hot on the heels of Microsoft’s decision to acquire LinkedIn for a staggering $26.8 billion. While the amount is significantly less, the deal itself involves two giants and marks an important announcement in the tech-world.

The deal will see Yahoo’s core assets being traded off to Verizon and is expected to be announced on Monday, July 25. Yahoo’s holdings in Yahoo Japan Corp. and the Chinese behemoth Alibaba worth $40 billion will be unaffected by this deal, as will Yahoo’s patents worth $1 billion. While the price is huge, it does come as a blow to Yahoo seeing as it peaked at about $125 billion in value at around January 2000. It also rejected an acquisition offer from Microsoft 8 years ago of around $45 billion citing the deal as undervaluing Yahoo significantly.

The deal comes after months of Yahoo seeking a sale since around Feb 2016. Earlier this year, Yahoo’s largest investor Starboard Value LP, with an investment of as much as $570 million, pushed for some major changes at Yahoo, going as far as writing them a letter threatening to fire the entire board of directors in case of inaction. The board along with CEO Marissa Meyer though, refused to consent.

At the receiving end of all that cash is Yahoo. Founded by David Filo and Jerry Wong as Stanford graduates in 1994, Yahoo started off as an internet directory of sorts that went on to become a huge player in the email and digital advertising space. Despite a hefty billion users per month, the 8,800 employee company often stuck to its conventional trappings and failed to reinvent itself, in the process, losing out to newer and rapidly evolving players like Google and Facebook.

At the purchasing end is Verizon who, with its acquisition of AOL in March 2015 along with separate acquisitions for The Huffington Post, Techcrunch and Engadget, seems to be gunning for the digital advertising space. With this deal, Verizon becomes the third most prominent player in the online ad space after Google and Facebook which combined, own more than 50% of the $69 billion digital ad world. Verizon takes over Yahoo which was third with a 3.4% share in this space with Verizon itself worth 1.8%.

Yahoo has had a rough run the past couple of years accompanied no less by a string of bad decisions. From missing out on acquiring Google twice for $1 million in the years 1997 and $5 billion in 2002 to dropping a chance to acquire Facebook for $1 billion in 2006, the management has floundered in its strategy in the decade. Yahoo’s reasoning for not buying Google was that it saw Google as a search giant that directed users to relevant website and itself as one that preferred to keep users on its page bombarding them with news, ads, weather updates, and other stuff which ironically, is what Google seems to be doing now. CEO Marissa Meyer’s arrival in 2012 was greeted with much fanfare and as a chance for Yahoo to turn things around but her four years at Yahoo didn’t do much and brought about a poor acquisition record. Yahoo acquired 53 companies under her leadership only to shut down 41 of them. Yahoo’s $1.1 billion purchase of Tumblr was considered a waste by even their own standards. It also recently posted a 19% year-by-year decline in its second quarter revenue.

Since the announcement, both Yahoo and Verizon’s share prices have risen to about 1.4% ($39.38) and 1.3% ($56.10) respectively. Verizon Communications is expected to officially make the deal announcement on Monday, July 25.