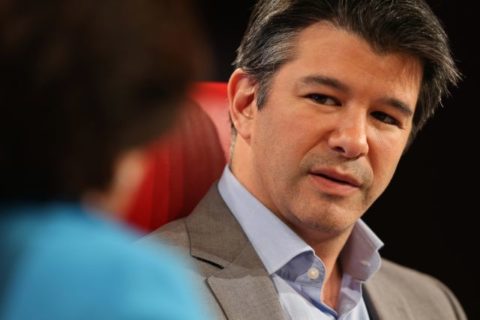 The CEO of the $70 Billion Uber was asked to step down by Investors today.

In a surprising turn of events, Uber CEO Travis Kalanick resigned earlier today. The New York Times is reporting that this move was a response to a letter worded by Uber’s Investors. Titled Moving Uber Forward, the letter presented a bright vision of Uber’s future while also demanding the CEO’s immediate resignation in light of recent tumultuous events at the company. After some hours of discussions, the CEO agreed to step down.

Earlier, the much maligned CEO was reported to be considering taking a break from Uber’s day-to-day activities to grieve his mother who he lost in a boating incident recently and also in light of recent events that have plagued the company. From his heated discussions about wages with an Uber driver caught on tape to a culture rampant with allegations of sexual harassment which largely came into the limelight due to the infamous Susan Fowler blog-post incident, Uber has been rife with internal troubles brewing up steadily in the past few months. Uber has since seen the departure of several executives at the CXO positions, which it has yet to fill up.

As per the Times, among the Investors which demanded the resignation were Benchmark, First Round Capital, Lowercase Capital, Menlo Ventures and Fidelity Investments which together own more than a quarter of Uber stock and consequently, nearly half the voting rights. The CEO is expected to serve on Uber’s Board, at least until things return back to normalcy.

I love Uber more than anything in the world and at this difficult moment in my personal life I have accepted the investors request to step aside so that Uber can go back to building rather than be distracted with another fight.

The Board likewise responded with a statement of its own, appreciating the decision and noting that it would give Uber the required room to grow as a company.

While they are indeed different scenarios, it’s hard not to draw parallels between Uber CEOs resignation to Steve Jobs’ infamous ouster from Apple back in 1985. Both CEOs were essentially thrown off the very companies they founded due to their reckless behavior albeit in very different circumstances. While Jobs returned back to lead Apple to one of the most successful runs a company can have in recent history, it remains to be seen whether Travis does something similar or fades into oblivion (an outcome that seems much less likely at the moment).