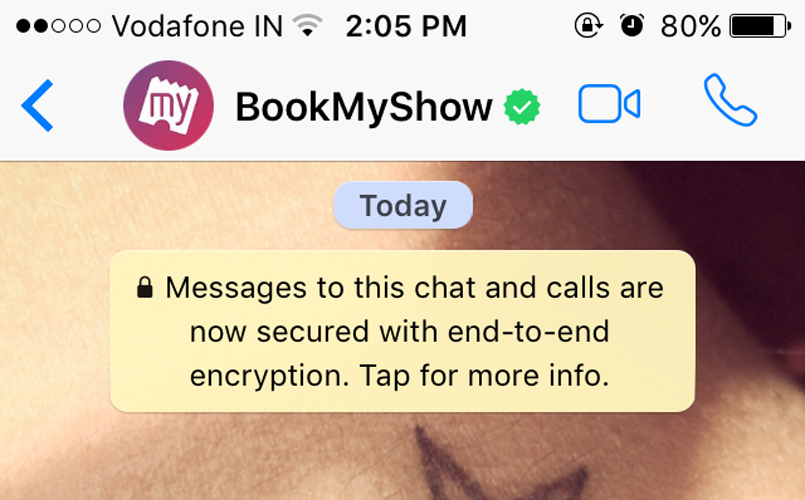 WhatsApp launched verified business accounts last week to provide businesses a medium to communicate with users through the app while also opening up a potentially strong monetization scheme for the app down the line. The feature, while free to use for now, will be chargeable by WhatsApp in the foreseeable future when WhatsApp has studied its adoption and figures out the pricing model.

Under this feature, WhatsApp will verify contact numbers of business accounts which will result in a green tick showing up beside their profile picture icon. The businesses will also have the option of having their name displayed instead of their contact number even when the user has not saved their phone nos. This will open up a new avenue for companies to deliver notifications and announcements to their customers who have until now had to rely upon traditional forms of communication such as emails and SMSes to receive updates. For WhatsApp, it allows them to charge businesses on a per user or per month basis for using the verified service and provides them with an opportunity for revenue.

Indian ticketing app BookMyShow has begun using WhatsApp Verified Accounts as reported by several Indian news sites. The platform is expected to be used by BookMyShow to deliver ticket details and QR Codes which can then presumably be scanned in theaters by opening them through the app itself. Although the opportunity exists, it remains unclear as to whether BookMyShow will use the app for delivering promotional offers and other notifications as well. For users fearing a breach of privacy and irritation through frequent notifications, the block feature on WhatsApp will work with business accounts as well allowing users to block accounts indulging in excessive spamming.

Earlier, WhatsApp implemented Stories on its platform as part of Facebook’s big push to have Stories in all of its major formats to prepare them for the upcoming wave of Augmented Reality apps and filters. Stories was also looked at by many as one of the other places Facebook was exploring adding advertisements, either in between different stories or in between multiple images or videos in the same story. This could’ve opened up yet another revenue stream for WhatsApp although it would’ve gone against its own stance on ads which it declared in a blog post back in 2012 and would’ve also likely required sharing data between the app and its parent company, something for which it already faced severe backlash in Europe.

WhatsApp has added an FAQ related to Business Accounts on its official site. In the FAQ, WhatsApp notes:

WhatsApp is exploring ways for you to communicate with the businesses that matter to you.

Some business accounts have been verified by WhatsApp. If you see a green badge next to a contact’s name, it means that WhatsApp has confirmed that the phone number of this contact belongs to a business account.

WhatsApp will also let you know when you start talking to a business via yellow messages inside a chat. There is no way to delete these messages from the chat.

If you don’t have a business’s phone number saved in your address book, the name you will see is the name the business has chosen for themselves.

If you’d like to stop a business from contacting you, you can block them.

Note: WhatsApp business verification is currently limited to a small number of businesses participating in a pilot program.

It should be noted that the feature is rolling out on Android for now for a very limited set of small and medium scale business. The iOS should be due in the future in some time as also should be support for large-scale enterprises.

WhatsApp is testing a new compression method for images