Unless you’ve been living under a rock, you’d be aware that Apple unveiled three brand new iPhones this week. While two of those were mostly incremental upgrades in terms of design and overall aesthetic when compared to last year’s iPhone 7 and 7 Plus, the third has become the talk of the town for a wide variety of reasons, not least of which is its $999 price point.

Naturally, it occupied headlines for most of the week with jokes and memes sprawling up like wildfire all over the internet. In the meanwhile, unnamed Chinese sources have done some research of their own and come up with a breakdown of the iPhone X’s components. As it turns out, the actual cost of the components combined is almost less than half the price of the iPhone.

Below is a summary of the components by pricing obtained from the source.

As we can see, the biggest cost is due to the switch to OLED screens with each panel costing $80. The A11 Bionic chip manufactured by TSMC under a 10 nm process sets Apple back $26 while the 256 GB NAND storage is pegged at around $45. The 3D Sensing unit and DRAM cost around the same at $25 and $24 respectively while the Printed Circuit Board sets Apple back $15 per unit. Some of the modules are comparatively low priced with the WiFi module costing $6.5 per unit.

The total cost of all this comes to around $412.75, significantly lower than the final $999. And do note that the $999 price is for the 64 GB version with the 256 GB version costing a $100 more whereas this breakdown clearly seems to be for the 256 GB version going by the price of the storage unit. However, this doesn’t include all the other costs that go into the distribution of a phone such as marketing, services and after-sales support. That said though, there could be another reason why the price is so significantly higher than the other iPhones and it could have a lot to do with availability and simple pricing strategies. 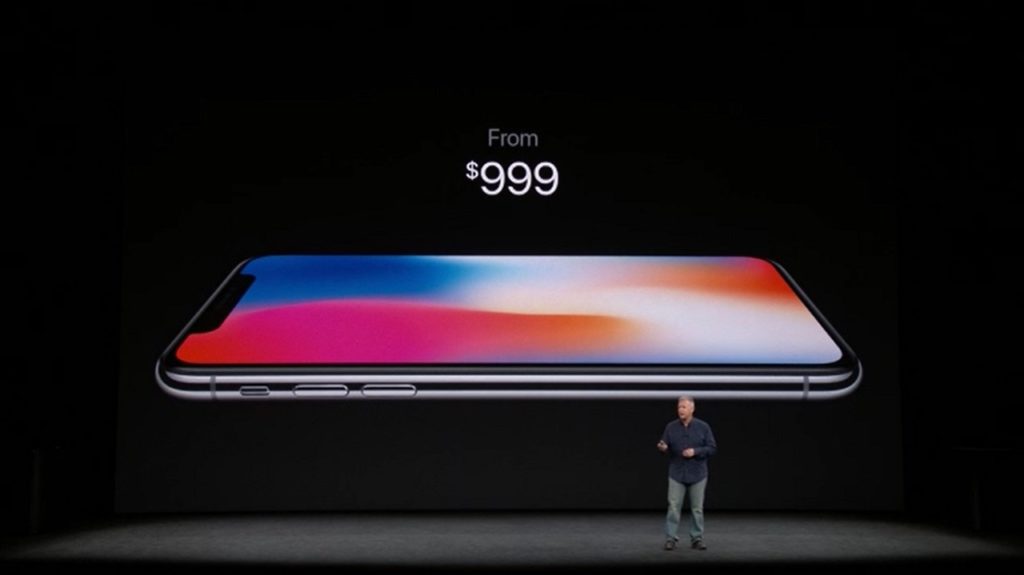 Back when the iPhone X was not announced, there were reports that Apple was sourcing OLED panels from Samsung for one of the three iPhones to be announced this year. Severe shortages were also reported for those OLED panels in a report by KGI Analyst Ming-Chi Kuo back in April resulting in late pre-orders and release for the OLED model, a fact that has come to pass seeing as the iPhone X pre-orders open October 27 with the phone itself shipping from November.

Now imagine if Apple had announced the iPhone X for a price of $899 or even $799. Sales of the iPhone 8 and 8 Plus models would’ve certainly taken a hit. It’s clear from the press and public reaction that the iPhone X has stolen all the limelight with there barely being any talk about the other two models at all. With a price point that “low” (by Apple standards), people would’ve skipped the 8 and gone straight to the X. An overabundance of orders could’ve put Apple in a tight spot since it would probably not even have as many OLED panels as there would be orders for the X. Even in the current situation, an iPhone X should take at least 2 weeks to ship; any further delays could’ve been unacceptable and led to people missing out on the X for the Holiday Season.

The $999 pricing thus keeps plenty of people at bay, making the iPhone 8 and 8 Plus duo a more attractive option for them while still ensuring that only the hardcore Apple loyalists with enough of bank balance in their wallets would go for the truly premium X model. It also gives the X a limited edition feel though I suspect it’s going to sell plenty of models to not really feel like a limited edition model.

What do you think? Are there any other reasons as to why Apple priced the X starting at $999? Sound off in the comments below and like us for more such updates.