gutenbergwordpress
By Divij Sonak On Dec 7, 2018 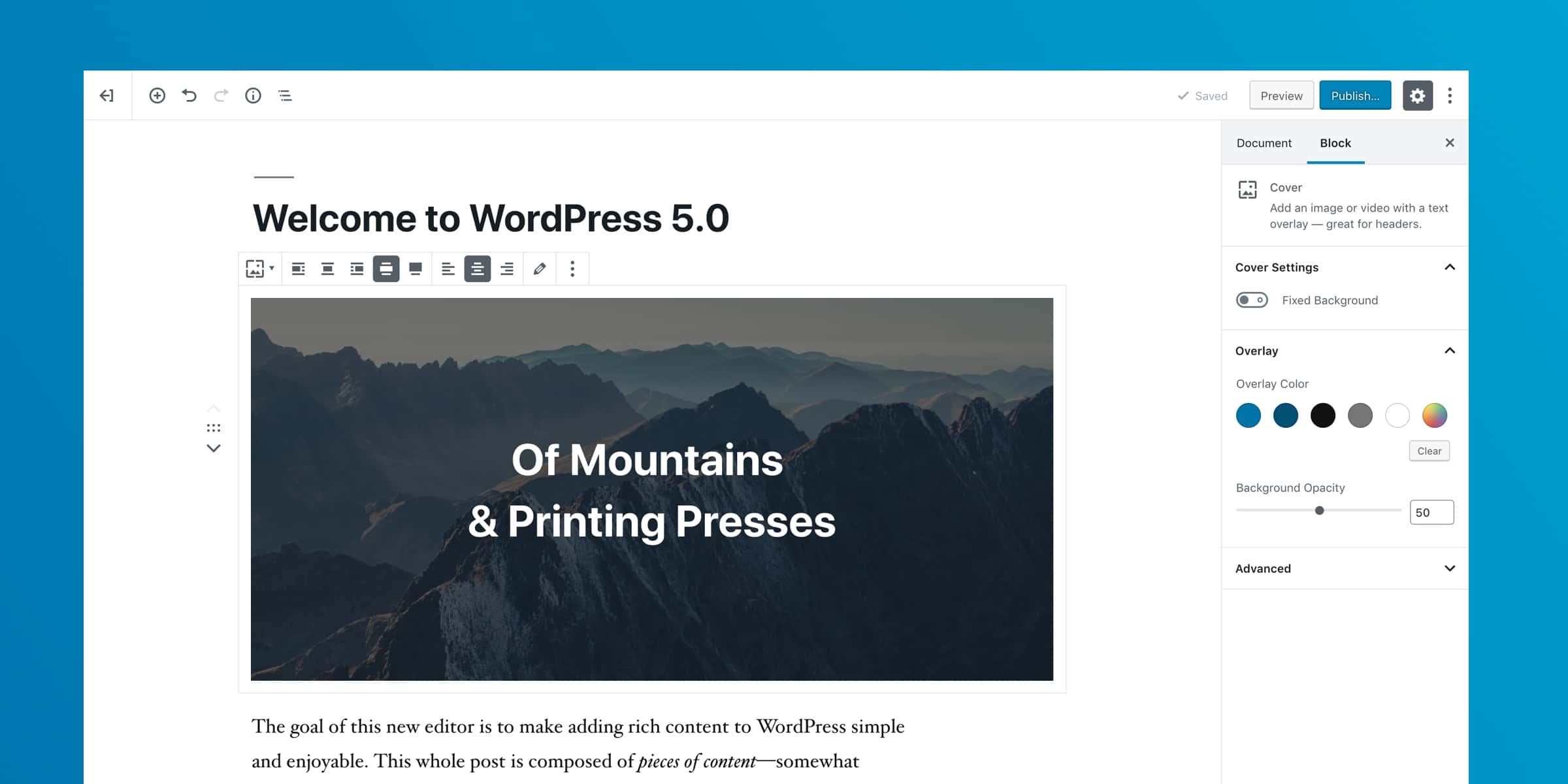 WordPress 5.0 is finally available to users as an update and brings with it the much talked about Gutenberg block-based editor. With Gutenberg, WordPress wants to push a completely new style of editing, marking a major change for its editing interface that has largely stayed consistent for almost over a decade now. Among the other changes are a new default Twenty-Nineteen Theme heralding the arrival of the new year along with the usual developer focused updates for APIs and JavaScript.

The biggest and the most notable (and arguably the most maligned) change is the Gutenberg editor. The editor is now the default in WordPress, amidst concerns and hesitation by users to adapt to the new standard. To ease the transition, WordPress will support the Classic Editor as a plugin until 2021, beyond which point Gutenberg is all that will be left.

The block-based editor introduces a new form of editing by having articles composed of blocks, with each block capable of having its own independent formatting, settings and edited HTML. It’s also possible to reuse blocks; thus for instance you may format and save an image-specific block and use it to embed all your images inline with the same settings, instead of reconfiguring them repeatedly.

Right now, blocks are included for some pre-defined types of text and media, such as paragraph, heading, preformatted text, quote, image, gallery, cover image, video, audio, columns with nested blocks, files, code. The editor also improves and speeds up embedding, having videos or tweets embedded through merely the URL automatically.

Of course this significant change is also the most hated one. Countless users have voiced their rage over WordPress’ decision to set the editor as the default, especially given how accustomed we all are to the default editor. The stance taken by WordPress too is understandable; there is a need to move on to a better standard to support the responsive, HTML5 based web that’s highly evolved and come a long way from the time WordPress was originally conceived. It’s going to take a while for the debate to settle in and regardless of which side you’re on, there’s no denying that Gutenberg is the future. As such, we best get used to typing on it despite the initial awkwardness it brings.

To aid new users in getting started, WordPress is updating their default theme to a 2019 version. This one comes with integrated support for the block editor, in fact it’s designed around it. WordPress claims it’s a universal theme that’s versatile in its design and just works with all sites. New users can get started with it right away.

Have you updated to WordPress 5.0 already? Are you going to adapt Gutenberg or continue to stick to the Classic Editor for a while longer? Let us know how it works out for you in the comments below.

Has The Avengers Project Been Shelved?