It appears to have escaped the eagle-eyed Game of Thrones editors. 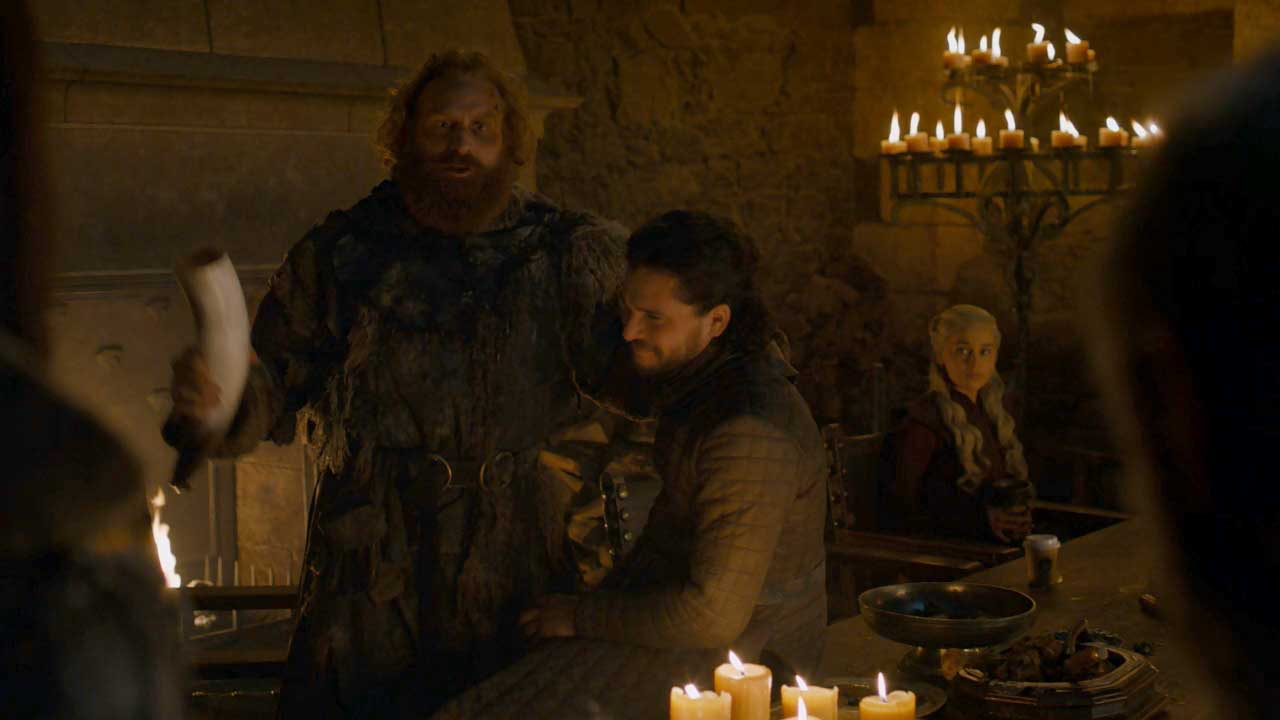 Game of Thrones fans spotted a bizarre thing on last night’s episode The Last of the Starks. It appears someone accidentally left a Starkbucks cup on the set which was captured in one of the sequences. The scene in question is the one where wildling leader Tormund Giantsbane praises Jon Snow’s dragon-riding abilities as Daenerys looks on, having no one to celebrate the Battle of Winterfell’s victory with.

I couldn’t believe it myself when I first read it but it turns out to be true. While the cut in question is barely a second or two long, it’s still quite something for an object as out of place in the world of George R. R. Martin’s saga to make it in for a second or two. Looking over it multiple times though, it appears it’s indeed some sort of modern coffee cup. As soon as it was spotted, it began trending heavily on Twitter and given how much it’s blowing up, I expect a clarification of some kind from the showrunners on this soon.

Part of the reason of this being so heavily debated is the shortened length of the Season. Game of Thrones Season 8 is six episodes long compared to the usual ten, and it just aired Episode 4, meaning we only have two more to go. Naturally fans will be bitter at the smallest of things and while this doesn’t take away from the viewing experience in any way, it’s just one of those things where fans and viewers expect perfection and a show known for that didn’t deliver.