Agents Of S.H.I.E.L.D. Season 6 Episode 3 Review: Fear And Loathing On The Planet Of Kitson

Daisy and Simmons get close to tracking Fitz amid a casino setup replete with some trippy circumstances.

Agents Of S.H.I.E.L.D.Marvel Cinematic UniverseTV Show ReviewsTV Shows
By Divij Sonak On May 25, 2019 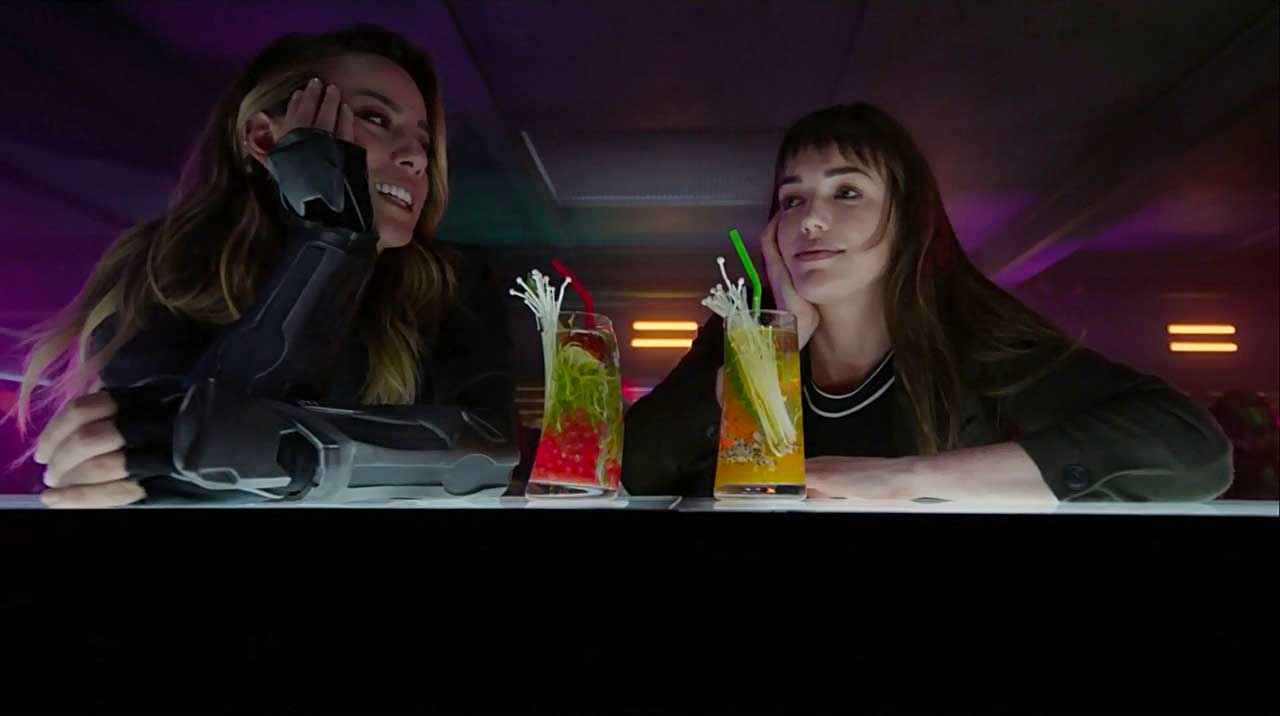 Agents of SHIELD completely eschewed the earth-bound storyline as it spent the entire episode focusing on Simmons and Daisy’s quest for finding Fitz as Fitz himself tries to find his way out of the planet of Kitson. And in the process, the show has quite a lot of fun as the leading ladies get all trippy while Fitz uses his chronicon Enoch’s help to earn some money by using Enoch’s strong mathematical skills to beat some casino games. All while giving us what is possible an Agents of SHIELD episode with the longest title.

There’s a short bit of setup involved in getting all characters aboard Kitson. The most delightful bits are found in Clark Middleton’s mildly eccentric performance as space customs agent Pretorious Pryce. He forces Simmons and co on their ship and seizes their weapons citing rules in sections and in a short bit, makes a memorable appearance. Things soon go awry when Christopher James Baker’s mysterious unnamed assassin comes to the fold in search of Fitz’s location.

Eventually everyone ends up on Kitson which is where the episode largely shines and occassionally stumbles. In the time and budget available, we get a glimpse at the world of Kitson which has an industrial, worn out look to it. A Casino and a Brothel are the most prominent environments to visit and given Fitz’s character, it is rightly presumed he’d rather bet money than sleep with women. The casino bit is evocative of the Mos Cantina sequence in the original 1977 Star Wars, only the show goes a lot less bonkers with its characters, most resembling humans dressed up in strange costumes. They have their own games which Enoch and Fitz try and win some money from, after being robbed of their ship and snail shells a while back.

The showrunners make good use of Daisy and Simmons ending up on the planet to spruce up the humor and have some fun with the characters when the duo munch on some alien toffee and get drunk as a result. What follows is some trippy behavor as Chloe Bennet and Elizabeth Henstringe become unhinged from their characters and poke fun in ways reminiscing the show’s early episodes, while also sneaking in a few Harry Potter references. The entire sequence does overstay its welcome a bit and could have been easily shortened although I suppose its for the best that the showrunners lt the consequences of consuming the trippy substance play out in it entirety. For a moment, I thought whether the showrunners were (or at least considered) toying with the idea of Simmons and Daisy getting all romantic with each other under influence but it was barely hinted at and quickly dispensed off as some more alien assassin hunters arrived on the scene.

The episode also does a good job building up on Enoch and Fitz’s friendship, which should come handy in the next episode in order to give Enoch some motivation to rescue Fitz. This is probably the most time we’ve spent with Enoch in quite a while since some early Season 5 episodes and there’s a strange melancholy to seeing the chronicon-robot being unable to decipher human emotions like bluff, which ultimately lead to his defeat in a casino game. Even so, the moments definitely go a long way toward endearing Enoch to viewers and one almost gets the sense that he’s not going to make it out of this alive, as useful an asset to the ground S.H.I.E.L.D. team he may be.

The focus on a singular storyline helps the show which doesn’t have to hop between space and earth in its edits. However, for the amount of time devoted here, little happens in terms of plot progression. That has both its good and its bad. Good, because it allows some character moments to play out in extended sequences instead of rushing from one checkpoint to the next. And bad because by the end of it, you do feel a hint of disappointment when you realize that things haven’t really started coming together and the shortened 13-episode run means time is running out. Fortunately, like I pointed out in my Episode 1 review, it doesn’t look like SHIELD is doing multiple storylines this season in pods which should hopefully deliver a satisfying payoff once the terran and alien narratives converge.

For now, we still have to wait. The episode’s cliffhanger-esque ending means it’ll be some more time before the gang gets back together. Regardless of its shortcomings with advancing the narrative in significant and meaningful ways, Agents of S.H.I.E.L.D. certainly did achieve that for its characters. And in that sense, the episode was a good, enjoyable episode, one that brought the team another step closer while having quite a lot of fun in the process.