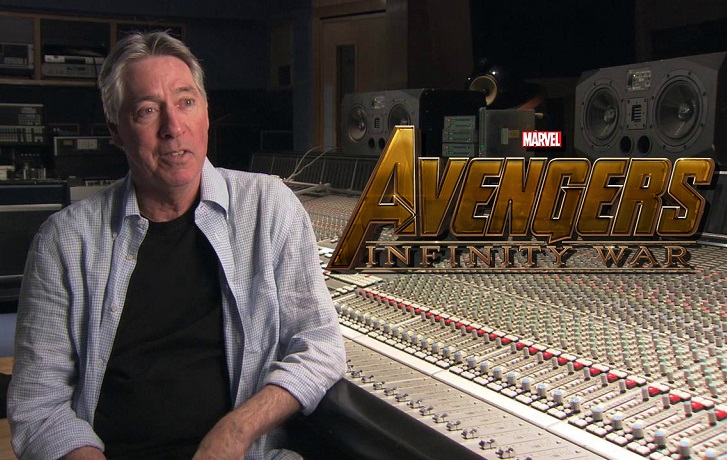 With all the trailers for Avengers: Infinity War sticking to using variations of the epic theme music from The Avengers, Alan Silvestri’s work on Marvel’s first team-up movie has attained a cult status of sorts. Of course that’s not the only theme we’ll be hearing in the movie as the insane cast of superheroes assembled to battle Thanos means Silvestri is going to have a touch time balancing all the tunes for these myriad of characters. The music composer confirmed in a telephonic conversation to The Hollywood Reporter that he’s wrapped up composing for Infinity War and shed some more light on the challenge of scoring such a giant ensemble piece.

It’s funny because I feel like everything is still shaking … the dust hasn’t quite settled just yet. I wrapped Infinity War yesterday, and it was a really different experience than anything I’d done before, especially in regard to the approach and balancing quick shifts in tone.

The comment about balancing quick shifts in tone makes sense as it’s highly likely the score will transition rapidly at several moments in the movie from one character’s motifs to another. With something like The Avengers, a similar challenge was present albeit at a much smaller level. Marvel generally tends to have action sequences involving everyone in the same scene where the camera pans around all the characters in action and those sequences are going to be the hardest to crack. Still, with Silvestri at the helm, having given us memorable themes for Captain America: The First Avenger and The Avengers, I trust he’s going to be at the top of his game when scoring this precursor to Avengers 4.

The interview also contains plenty about Ready Player One, including a special discussion about scoring that film’s climax. Unfortunately, I’ve been unable to catch a screening of that movie due to the distribution fiasco in India and have hence refrained from reading the entire interview. If you’ve seen that movie, be sure to check out the complete piece through the source link below.

Avengers: Infinity War comes out in theaters soon on April 27. Stay away from spreading spoilers, as Thanos demands your silence.