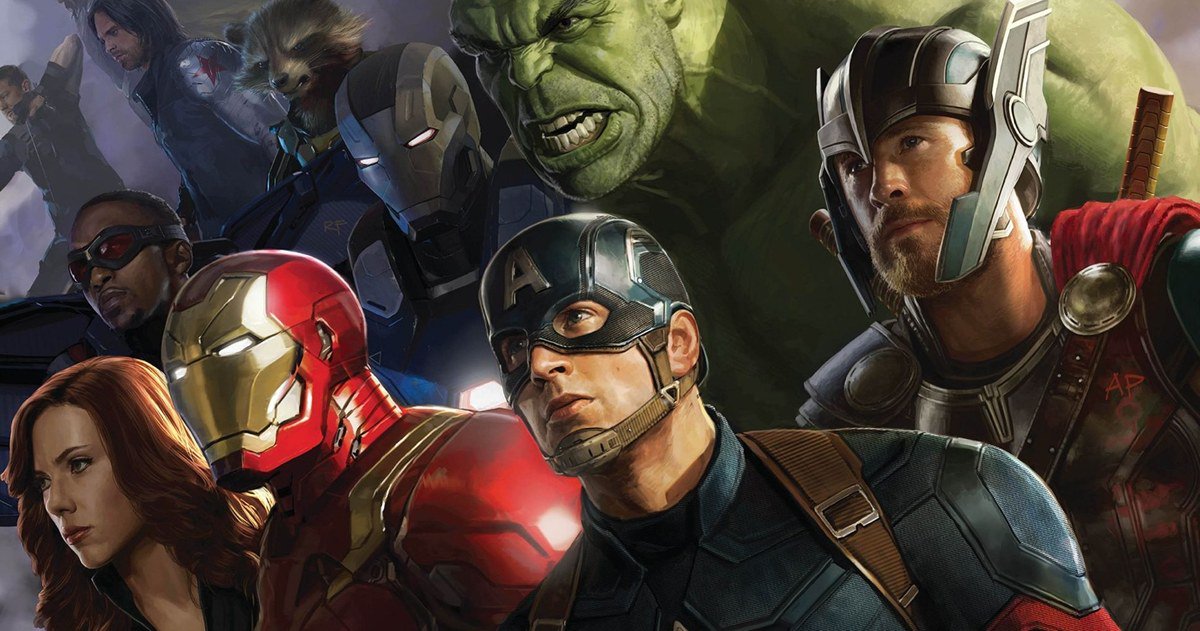 And yet, this doesn’t stop the internet from speculation. I see posts go up everyday, proclaiming that the trailer won’t launch today, only to see the same post day and again. All possibilities have been speculated, from the trailer arriving in December, to it not arriving at all. And since the internet is largely a free world, I thought why not play Doctor Strange and join in on the prediction game, trying to come up with some educated guesses mys

So here’s what I can conclude based on internet activity. The Avengers 4 trailer is most certainly arriving in the next two weeks. That is, we should have the trailer by mid-December. And contrary to what most outlets are claiming, it doesn’t have anything to do with the Avengers Prelude Comic.

First off, from a marketing standpoint, it makes sense for Marvel to drop the trailer before December 15. Multiple high-profile releases are lined up for December 21, including the likes of Warner Bros’. Aquaman, Paramount’s Bumblebee and Disney’s very own beloved Mary Poppins Returns. Any studio worth their salt would want their trailer to be played ahead of all of these releases to grab maximum eyeballs over the holiday season.

Also, gone are the days when trailers debuted directly in movie theaters. With the proliferation of cell phones, any studio attempting such a foolish strategy would end up with bootleg copies of their trailer circulating all over the internet. There’s also the chance that the trailer’s prints could be leaked when transporting 35 mm prints of the said movies to theater chains (remember, it takes only one leak for the trailer to end up on the internet).

The practical tactic then is to release the trailer online before its theatrical airing, giving it enough time to settle and be absorbed by the audience, before prints start shipping. In this case, that boils down to the week ending December 14 or so as the deadline for the trailer release to avoid sitting out of major movie releases. Digging further brings the question, which of the two weeks could the trailer come out.

Now some outlets are speculating the trailer’s date to be December 3, based on the fact that the Untitled Avengers prelude comic comes out on December 5. The general theory is that the comic will spoil the title or some of the movie’s plot points, forcing Marvel to release the trailer beforehand. Really folks? You think their marketing team is that amateur to let the release of their own comic butcher and interfere with marketing plans for what is unarguably the studio’s biggest movie over the decade? No, it won’t.

Marvel has made the synopsis of both its prequel issues available. Have a look at them below.

A COSMIC CALAMITY! From the dawn of the universe came six INFINITY STONES, each in control of an essential aspect of existence: space, reality, power, soul, mind and time. Now, THANOS strives to collect them all to further his mad plan of wiping out half the universe’s population. Standing between him and his goal: the AVENGERS, the GUARDIANS OF THE GALAXY, SPIDER-MAN, and more! But with one Infinity Stone already in Thanos’ possession, will even the combined might of the Marvel Universe be enough to stop him?

THANOS’ MAD QUEST CONTINUES! THANOS’ quest for the INFINITY STONES threatens the universe! While DOCTOR STRANGE, IRON MAN and SPIDER-MAN face off against the “CHILDREN OF THANOS,” the VISION forms a dire plan — even as THOR and ROCKET seek a legendary weapon that may be the universe’s only hope! Plus: GAMORA’s past is revealed!

Still don’t get it?

The prelude comics are nothing but a retelling of the events of Avengers: Infinity War. Meaning? They don’t spoil anything. Nothing from or about Avengers 4 is going to be revealed or spoiled by the comics. Which means Marvel doesn’t have to worry about the prelude comic to plan their trailer release.

So when does the frickin’ trailer come out? Marvel prefers to drop its ensemble fall trailers on weekdays rather than weekends. Sample the below release dates:

This makes it plausible that the Avengers 4 trailer is most likely going to drop between Dec 3-7 and Dec 10-14.

The first of those two entries looks more likely. And it has to do with a project you might have not heard about, colloquially referred to as The Avengers Project.

The Avengers Project is a AAA (big-budget) video game under development at Crystal Dynamics / Square Enix for well over two years now. It is being heavily speculated that some footage from this game will be premiered at The Game Awards ceremony held next Friday on Dec 7. Moreover, Avengers 4 directors Anthony and Joe Russo will themselves be present at the video game awards event, further solidifying an impending reveal.

Several known names in the blogger fraternity are anticipating what could potentially be a big week for Marvel. And I can’t help but think it would be a perfect marketing strategy to see the Avengers 4 drop this week along with some gameplay footage from that Untitled Avengers game. That way, if the game ends up being connected to the movie, chances are it won’t spoil anything and it’ll ensure Marvel stays in conversation for the entirety of the week.

That’s my bet for the trailer folks. The Avengers 4 trailer is definitely landing next week. And chances are it’ll arrive between Tuesday to Thursday or between December 4 and 7. If it doesn’t, well it’ll almost certainly drop the week after in time to play in front of those December biggies.

Either ways, December is going to be a big month folks. What do you think? When according to you does / should the trailer drop? Drop a line in the comments below.