The Russo Brothers posted a celebratory pic on social media

The Russo Brothers posted a celebratory pic on social media 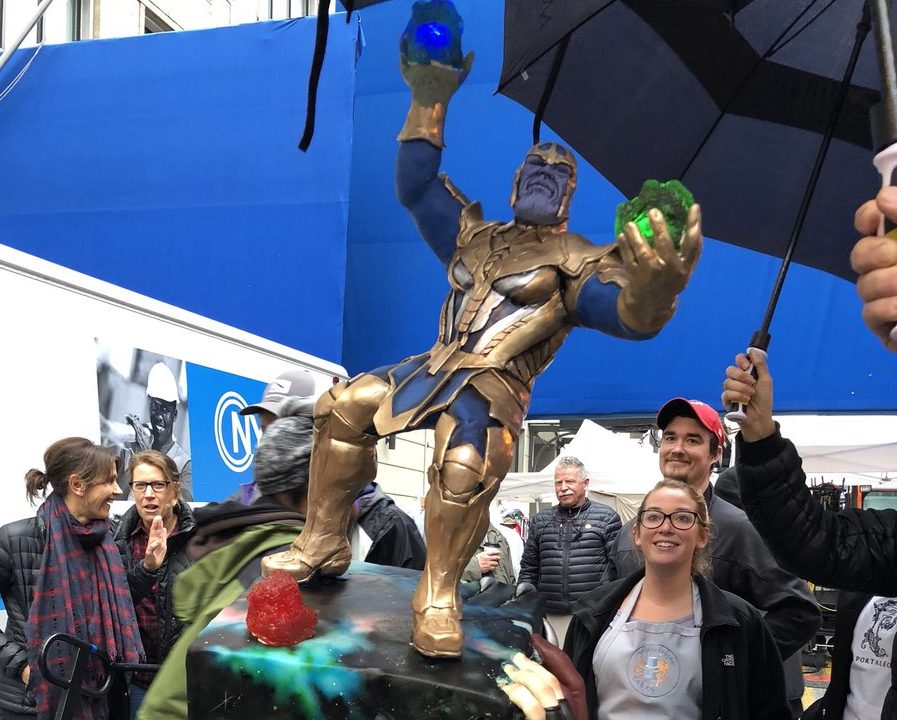 After multiple celebrities announced wraps on their filming for the upcoming untitled Avengers 4 from Paul Bettany, Scarlet Witch and Scarlett Johansson to Jeremy Renner, Chris Hemsworth and more recently Karen Gillan, it was but inevitable that the movie was nearing the end of filming. As it turns out, that’s exactly what happened earlier today. The Russo brothers posted a picture on social media confirming Avengers 4 had wrapped filming.

To celebrate the occasion, the directors posted a picture of a giant cake on the sets of the movie. The cake has Thanos standing atop holding the blue and green Infinity Stones on either hand with the cake itself being held by two hands at the bottom, one of these being presumably of Black Widow. Avengers 4 was shooting back-to-back with Avengers: Infinity War and the directors accepted a massive undertaking with both the movies, working non stop for pretty much all of last year. And while the film itself may have wrapped, the directors’ work is far from over what with Infinity War‘s release looming over the horizon and with it, the added burden of post-production work on the movie.

It’s possible the directors could take a break after completing the post for Avengers 3 before going back to the editing room to cut Avengers 4. Also, there’s the matter of reshoots which are inevitable of big-budget blockbusters these days; re-shoots for Avengers 4 should ideally take place around the Jul-Aug time when the directors have had enough time to think through the feedback for Avengers: Infinity War, should they wish to make any significant alterations. Moreover, filming being done this early pretty much guarantees Avengers 4 is going to have a big presence at both the D23 Expo 2018 and the San Diego Comic Con 2018 this year.

After the explosive set pics that hit the web in the last day or two, it’s possible news on Avengers 4 will slow down for a while as Marvel’s other properties take center-stage. The fear of a dearth of news has already crippled the web which has started speculating on the theories behind what the cryptic cake could mean for the end of Avengers 4.

Avengers 4 will be out in theaters on Mar 3, 2019. It will be preceded by the equally massive Avengers: Infinity War on Mar 4, 2018 this year. Meanwhile, you can always check out our site for coverage of the movie as and when anything drops.

Anthony Mackie reveals Avengers: Infinity War had 40 superheroes on set in one scene