The Russo brothers reveal the challenges of including characters from Agents of S.H.I.E.L.D., X-Men and Fantastic Four

The Russo brothers reveal the challenges of including characters from Agents of S.H.I.E.L.D., X-Men and Fantastic Four 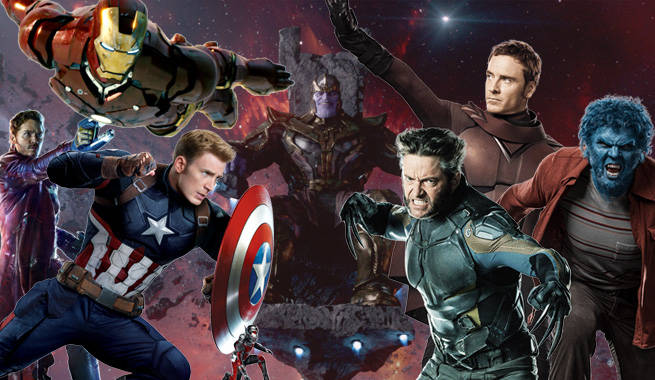 With $1.8 billion in the bank and the title of the highest grossing superhero movie under the belt, Avengers: Infinity War has proved itself to be every bit as huge as marketing promised it would be. And yet, the question dancing around fan expectations is if it could get any bigger? Could next year’s Avengers 4, with its inclusion of Ant-Man, Wasp, Hawkeye, Captain Marvel and possibly the Skrulls be even bigger and gigantic than Infinity War? Taking that even further, could the next phase of the Marvel Cinematic Universe include an event that makes even the mammoth Infinity War feel small in comparison, much like how the movie itself made 2012’s The Avengers feel like a giant tease?

Arguably, there are two ways right now that this universe could get bigger. And the directors of Infinity War weighed in on both these possibilities.

The first way of going big is including characters from the TV Shows into the movies. This has been something fans have been clamoring for a long while now, whether it’s something as big as a supporting role for Daredevil and Quake to something as minuscule as Melinda May showing up in Captain Marvel alongside Phil Coulson to solidify the TV connection. Basically anything in the movies that tightens the bond between the movie and TV universes would be a win-win. The Russo Brothers revealed that even though it was highly impossible to include anyone from the TV Shows given the vast difference in scheduling, they at least briefly considered incorporating characters from Marvel TV into their narratives for Avengers: Infinity War and the as yet untitled Avengers 4.

We made the briefest consideration of [including TV characters in Infinity War]. When we’re alone in a room with [screenwriters Christopher] Markus and [Stephen] McFeely, we consider every idea. We like thinking of everything. But it seemed like the story that had been told within the movies was so specific and elaborate already that once we started working through the story, we knew we had our hands full just with this set of characters and narratives.

That’s a really great sign and while it didn’t lead to any integration between the movies and the shows, it’s nevertheless a step in the right direction. Of course with the huge narrative of Infinity War, it’s only for the best that it didn’t add any more characters just for the sake of it. Which brings us, or rather leaves us, with the other way of going big, which is to include the X-Men and Fantastic Four in an Avengers movie, having them go toe-to-toe with the likes of Iron Man and Captain America. Directors Anthony and Joe Russo expressed enthusiasm for the possibility of helming these characters someday, even though the nature of the Disney-Fox deal along with the recent threat posed by Comcast prevents them from commenting too much on their love for these characters.

I think just as far as where that specific deal is at right now, it’s not at the point where we can start working with those characters on a creative level yet. We’d love to and hopefully it will all work out some day, but it’s not in the time frame of these movies that we’re making right now.

The brothers have also expressed their intention (or more appropriately, desire) of doing the Secret Wars storyline. Considered one of the more iconic comic-book story-arcs, Secret Wars and Secret Invasion dealt with the Skrull invasion and its aftermath and with Skrulls set to be introduced in 2019’s Captain Marvel, there’s no saying if that is the storyline that’ll unite the Avengers with the X-Men and the Fantastic Four.

Now that the brothers plan on continuing with Marvel on some of the upcoming movies, it’s highly likely they might last long enough to get a chance of playing around with any of these plotlines. Which one will it be though is something we’re unlikely to learn about until a few months after Avengers 4 has hit theaters worldwide. Until then, we can only wait with bated breath and hope Marvel has bigger and better things in store for the Phase 3 follow-ups.

Avengers: Infinity War is running in theaters now. Avengers 4 releases worldwide on May 3, 2019. Be sure to check out our coverage by clicking the movie links, or click here to journey along the Road to Infinity War, starting with 2008’s Iron Man.