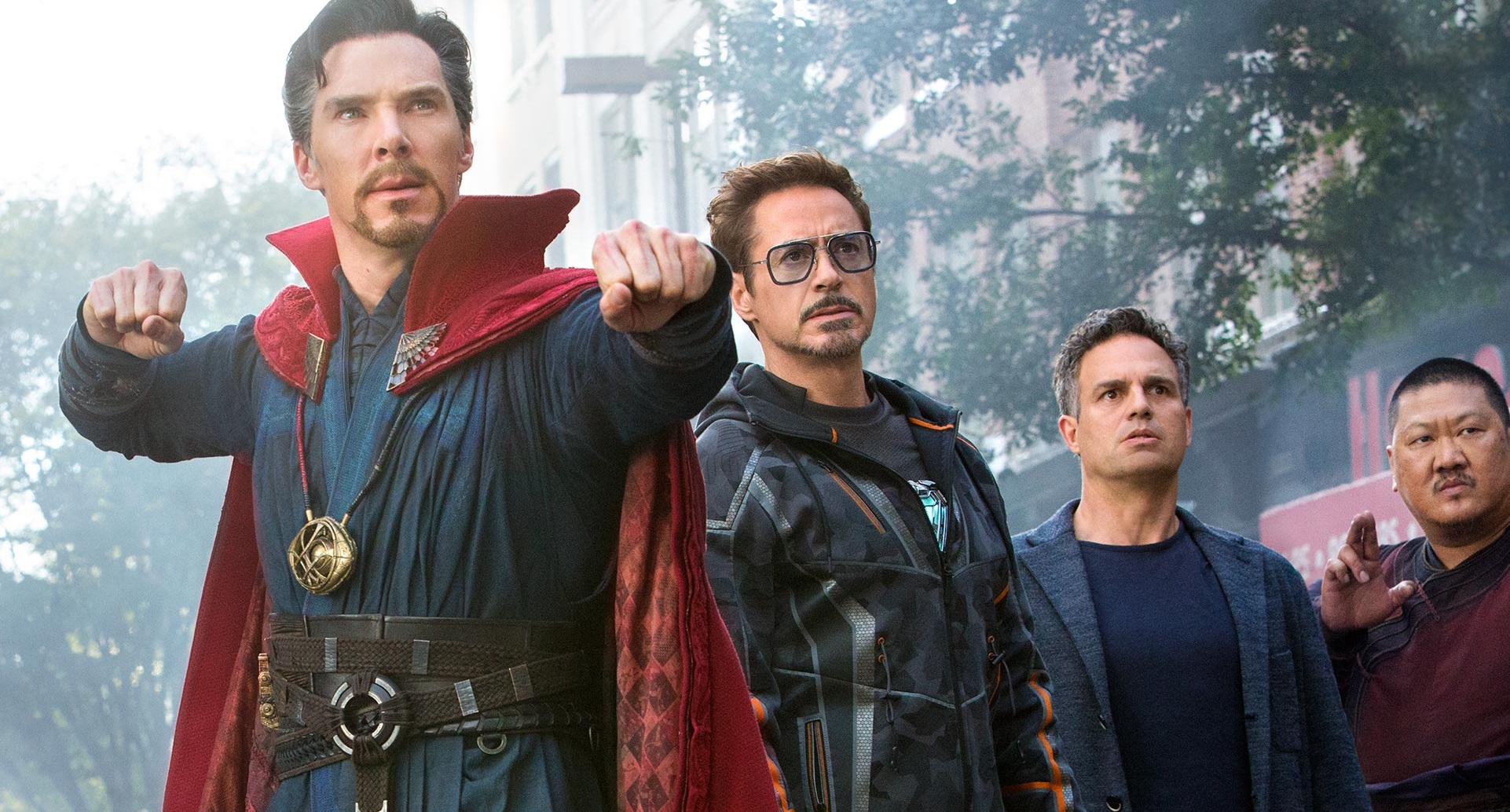 When Avengers: Infinity War bows out in theaters on April 27, it would have made history in more ways than one. Already, the film’s opening weekend estimates are looking north of $200 million and it has already surpassed Black Panther in pre-sales records, which itself was declared the best advance selling movie of all time. The film is also being heralded as the beginning of the end of 10 years of storytelling and kicks off a saga that will culminate the Marvel Cinematic Universe as we know it. And it will be uniting an unprecedented number of characters with as many as 40 heroes sharing screen space in a single scene.

Such a movie deserves to be viewed on the biggest and grandest screen possible. The only format name that comes to mind is IMAX. And Avengers: Infinity War is going to set yet another record for becoming the first major motion picture from Hollywood to be shot entirely with IMAX cameras. Mind you, that’s not just a few minutes of footage as was the case with Christopher Nolan’s The Dark Knight and The Dark Knight Rises, both movies that are often credited with popularizing the IMAX format among blockbuster movie aficionados. We’re talking about the whole 2 hour 30 minutes or so of the movie being shot with those cameras and that’s a monumental achievement in itself given the movie’s size and scale

Directors Anthony and Joe Russo shed some light on the creative process behind shooting these movies on the large-scale format in an exclusive interview with Screen Rant. For those unfamiliar with the technicalities of IMAX cameras, they’re largely bulky and heavy to shoot with and produce a loud hissing sound when running which makes it difficult to recycle the audio on set when shooting in the format. Moreover, their voluminous nature also makes it difficult to use them in shooting handheld shots or dialogue scenes which is why filmmakers have until now restricted their use to film only sequences of spectacle and wide-scale panning shots. Additionally, IMAX film stock is expensive and time-consuming to change that regular film reels. To ensure that the Russo brothers had the flexibility and agility of a normal camera while shooting the movie, IMAX developed a special version of its camera to shoot in the Digital format, called the Alexa 65.  The Arri Alexa is itself a popular camera and its IMAX variant gave Russos the freedom to shoot the film as if it were shot using a normal digital camera. Despite this, the brothers opted to test out the camera first and shot the entire splash page airport battle sequence between the superheroes in Captain America: Civil War using those cameras. If you saw the movie in IMAX (as I did) and noticed an aspect ratio switch in this scene, now you know why.

The directors were by all accounts happy with the equipment that IMAX provided them with. Calling the camera amazing, they also explained why the IMAX aspect ratio worked best for them in a movie of this sort.

They’re beautiful cameras, the chip is unbelievable, it’s stunning. We have a lot of characters who … are tall, unnaturally tall. So it really helps with the frame, because that IMAX aspect ratio works for those types of characters, and the landscapes are stunning. There are some really exotic landscapes in the film, and to be able to put those on an IMAX screen, it’s an incredible tool to have as a filmmaker to be able to exploit that scale of aspect ratio.

Their explanation echoes director Joss Whedon’s reasoning for shooting The Avengers in a 1.85:1 IMAX aspect ratio. That movie was the first time characters such as Iron Man and The Hulk shared screen space. The wildly differing heights of various characters coupled with Whedon’s experience shooting TV shows in a similar ratio made the decision easier for him and it played out well in IMAX. It’s not surprising then for the Russo brothers to favor that format as well seeing as the duo also have a strong background in Television, having directed several episodes for Community and Arrested Development. And without spoiling a key moment from the film, anyone who’s seen Civil War will be able to appreciate where and why the IMAX ratio proved handy.

Despite all their experience though, it would’ve been impossible to pull this off had it not been for IMAX’s support. And the directors stress that they worked closely with IMAX to use the advances in the evolving technology making the camera easier and friendlier to use.

The good news is we’ve been working with IMAX very closely on this and the technology of the cameras continues to evolve. So there’s a new iteration of the cameras that is much more user friendly than they have been. Because we, in our style, we like a very active, aggressive camera, so it’s always been important to try to convert their system into something that is a little more mobile, and something that camera people can actually move in a way that’s not gonna just drag them to the ground. So we have a brand new camera that we’re using that’s called the [IMAX branded] ARRI 65 which is finally completely synced up with the IMAX needs as well and it gives us a lot more latitude, in terms of what we can do with the cameras.

Superhero movies have been the biggest beneficiaries of IMAX in the last decade or so. The Dark Knight was the first movie that truly kicked off the IMAX frenzy and also the first time the format’s potential was realized when the opening 6 minutes of the film were seen entirely in the format and showcased as a prologue played before I Am Legend. However Nolan used the traditional bulky 65 mm cameras for his purpose and was only able to shoot 28 minutes of that movie in the format. At the time there were also just 4 IMAX cameras available, one of which Nolan’s crew accidentally ended up damaging. Since then, the technology has grown by leaps and bounds and advances have miniaturized cameras to make them smaller and increase them in number. Some Marvel Studios movies that benefited from the format the most were The Avengers, Guardians of the Galaxy, Doctor Strange and Black Panther with the last three boasting some stunning visuals that were only enhanced manifold with the IMAX format.

Marvel hasn’t been the only studio using the format though clearly. Warner Bros. in fact has been a pioneer of the format; the Harry Potter films were among the first or at least early blockbuster films that had a few minutes of footage exclusively in the format while their more recent endeavor Batman v Superman: Dawn of Justice had several minutes of scenes shot in IMAX, most notably the opening sequence, the Knightmare sequence and the titular fight between Batman and Superman. Say what you will about the movie, those visuals were some of the best seen on celluloid ever. And with this bit of news, you now know the best format to see Infinity War in. The journey however continues next year as well as the upcoming untitled Avengers 4 has also been shot entirely in that format.

Avengers: Infinity War releases in IMAX and normal 3D theaters worldwide on April 27, 2018. To read more news about the movie, check this link or click on any of the tags below. Also don’t forget to check out our Road to Infinity War series chronicling the long journey we fans have undertaken to reach this point.

The Road To Avengers: Infinity War – Thor: The Dark World