According to IMAX, the poster also has hidden IMAX Logos for fans to find

According to IMAX, the poster also has hidden IMAX Logos for fans to find

The Russo Brothers are about to kick off their Infinity War press tour. Meanwhile, marketing continues in full swing. Hot on the heels of the character posters, we now get a glorious new IMAX poster for Infinity War that includes almost all the characters including The Mad Titan Thanos. We say almost because, as always, Hawkeye got the axe. The poster emphasizes the continuing divide between Tony Stark / Iron Man and Steve Rogers / Captain America after their fallout at the end of Civil War. It appears even Thanos is relegated to the backseat as Stark and Rogers hold the limelight. Check it out in full glory below. 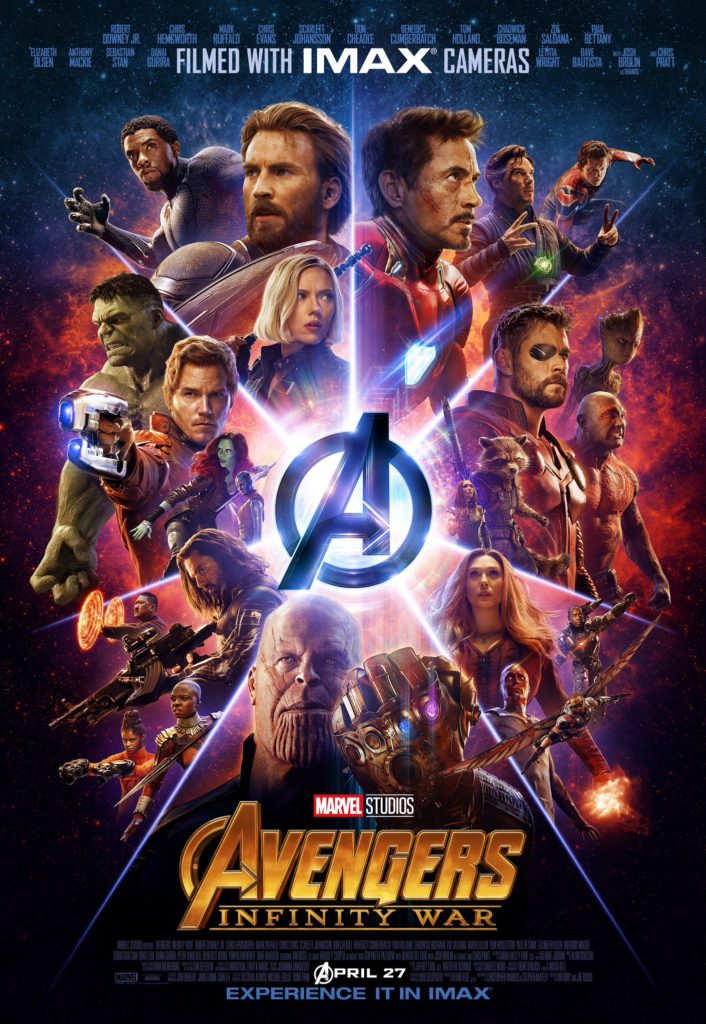 IMAX also revealed that there are four hidden IMAX logos in the poster for eagle-eyed fans to find. The poster also highlights rather prominently, the fact that Avengers: Infinity War has been filmed with IMAX cameras. That only makes the tagline “Experience it in IMAX” carry a bit more weight and meaning in this movie compared to the countless others digitally remastered in the format. Have a look at the poster for yourself and see if you can find the hidden logos IMAX and Marvel are talking about.

Is The Wasp in Avengers: Infinity War?