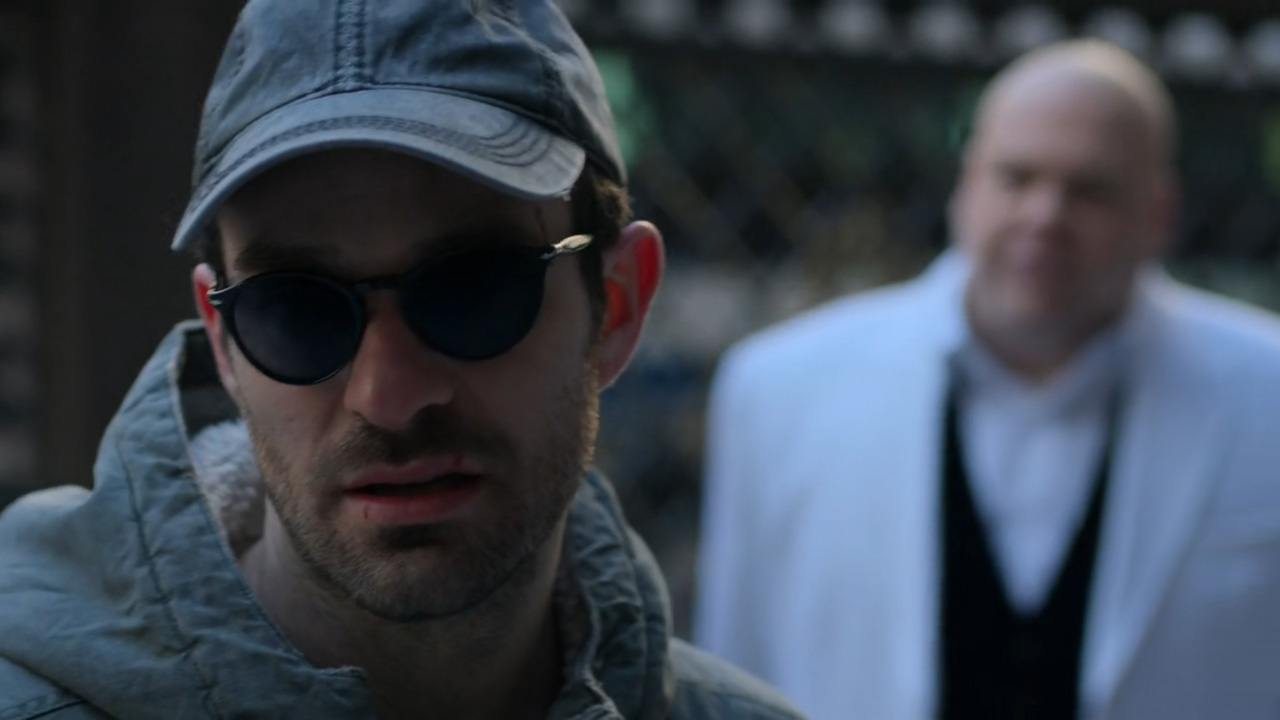 It’s amazing how well-connected the third episode of Daredevil Season 3 is. Where most shows would develop multiple subplots, No Good Deed rests on the singular story development of Wilson Fisk having been transferred to house arrest. We saw last episode how several agents lost their lives as part of an ambush on Fisk’s live. This episode is about dealing with the fallout of that event, while also setting in motion all major characters who’re out to put Fisk back where he rightfully belongs: behind bars.

Karen wants in on a story on Fisk and successfully uncovers what could potentially be one of the first practical leads that justifies the episode’s title. No Good Deed hinges on the development that Fisk had a strong motive for outing the Albanians and, contrary to what he proclaims, that motive had nothing to do with his love for Vanessa but was driven by more professional reasons. Karen sees the first signs of that when she links the purchase of a Presidential Hotel to multiple shell companies, all owned by Fisk and a subsequent attack on the Hotel’s former owner when he decided to change his mind regarding the sale. That’s a strong hint and as much as Karen’s boss wants her to stay out of the big picture, Karen has a history with Fisk and is determined on putting Fisk back in prison, even if it means not getting any credit for her story.

Foggy tries his best to do his bid, by trying to coax an upcoming District Attorney to hire him to do his lawful bidding. Foggy proposes an alliance where he can help the DA put Fisk back where he belongs and possibly earn the respect of the general population, but the DA chooses to play it safe and refuses Foggy’s help. Later in the episode, Matt confronts Foggy and it’s a big moment seeing the two back together, although it’s cut short when Matt pleads with Foggy to stay away from Fisk and ask Karen to do the same and disappear. I mean, it was already so long since you two guys reunited, might as well had a beer or two with good ole’ Foggy.

Matt on his part tries infiltrating the penthouse where Fisk is holed up. He begins seeing visions of Fisk standing behind him, decked up in his white tuxedo. The two converse although it’s really just the show’s way of allowing us a peek into Matt’s mind. An interesting touch – throughout these sequences, Fisk is always out of focus and not once do we see Fisk up and clear, a rather visual way of saying Fisk’s personality is plaguing Matt in the background and threatens to come into focus. Matt is also wrestling with the revelation of how someone as monstrous as Fisk could do anything redeeming for love, something which sister Maggie has no trouble accepting.

Another challenge facing Matt is how he’s the one who’s on the verge of becoming increasingly like Fisk. The further he leaves Matt Murdock behind and embraces the Daredevil persona, the more he risks losing himself to his crime-fighting entirely. The thought of Fisk being of more help to the city than Matt is something he can’t shake off, which ties into his belief that Fisk must be doing it for reasons far more sinister and driven that just good old fashioned love. Hopefully he and Karen will reconcile at some point and connect the dots together.

We also start learning a bit more about Special Agent Poindexter. His sniper background is hinted at, as is his shady and coy nature about revealing the truth about his life. Fisk tries unsuccessfully to break into him and I can now see Fisk offering him the opportunity to “serve” the city by playing the role of “Daredevil”. At this point though, Poindexter is mostly clean, even grieving for the losing agents. As much as the show tries to convince us of their loss though, they were far too undeveloped as characters for us to lament their passing in any sensible way.

Daredevil Season 3 is coming off as a lot more focused than any of the other Marvel Netflix shows I’ve seen. It’s sticking on track to the story it wants to tell and, barring a few extended sequences of character interaction, mostly sticks to its vision of the plot it wants to tackle. I’m surprised I’m giving this one the same rating as the other two, which is the third in a row, but I just can’t see the point of lowering the score at all.

Check out our review of Daredevil Season 3 Episode 4 here.