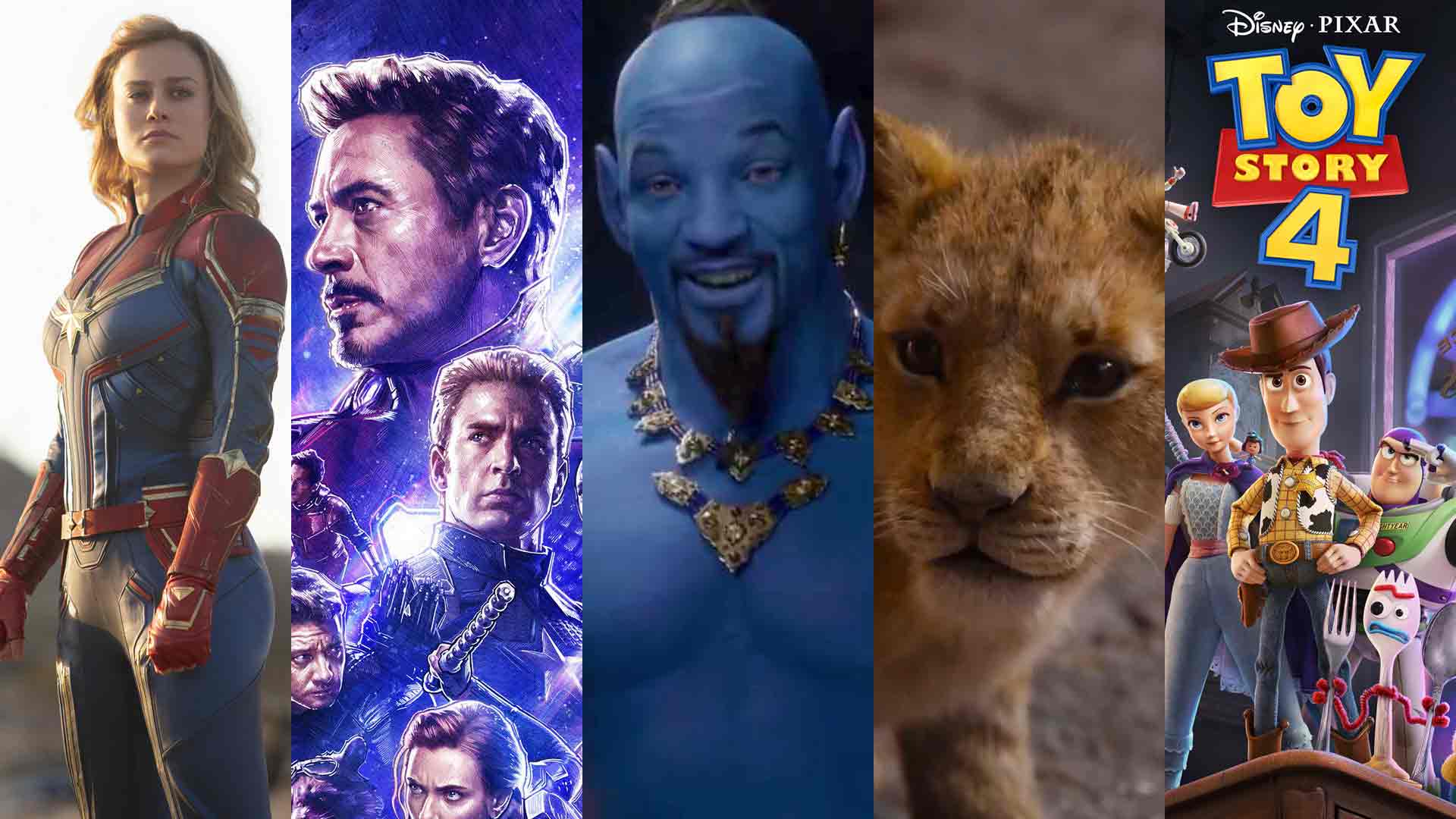 Disney has accomplished an unimaginable feat. With Toy Story 4 passing $1 billion, Disney has become the only studio to have 5 billion dollar grossing movies in a single year. And this is at a time when half the year is still left and Disney has yet to release Frozen 2 and Star Wars: The Rise of Skywalker, both almost guaranteed to net more than $1 billion at the global box office.

This achievement was possible partly thanks to the impressive slate of studios and franchises Disney owns, and partly as a result of the streaming service they’re set to launch this November. Currently, Disney owns Marvel, Lucasfilm, Pixar and Fox. Together, these give Disney access to some of the biggest franchises including the Marvel Cinematic Universe, Star Wars, Pixar Animated Films and Disney’s own live-action remakes. The five billion dollar movies are a result of these acquisitions, with Captain Marvel, Avengers: Endgame, Aladdin and The Lion King rounding out the other four.

More importantly, with Disney+ set to launch in November, Disney CEO Bog Iger has been keen to build high-profile blockbuster movies that can only be experienced exclusively on Disney+ once their theatrical run wears out. This gives Disney+ a great head start that, together with its relatively cheap $6.99 starting price should help it attract a healthy userbase. And as brought up before, it still has Frozen 2 set for release and the final Star Wars film in the Skywalker series is definitely not going out without a fight.

In regards to Toy Story 4, despite it’s relatively slow start, it has steadily added more and more dollars at the box office. It currently stands at a total of $421.8 million in the US and $580 million overseas for a worldwide total of $1.001 billion. And this is when it has yet to release in Germany, suggesting some more dollars to be accumulated before it exits theaters.

With the MCU going strong, Disney+ on the horizon, and the Fox acquisiton having given Disney access to James Cameron’s Avatar franchise, the mouse house is in a strong position to dominate and should continue to do so over the next few years. Here’s congratulating Disney on this thunderous feat.