All eyes are on Marvel’s next potential blockbuster now. 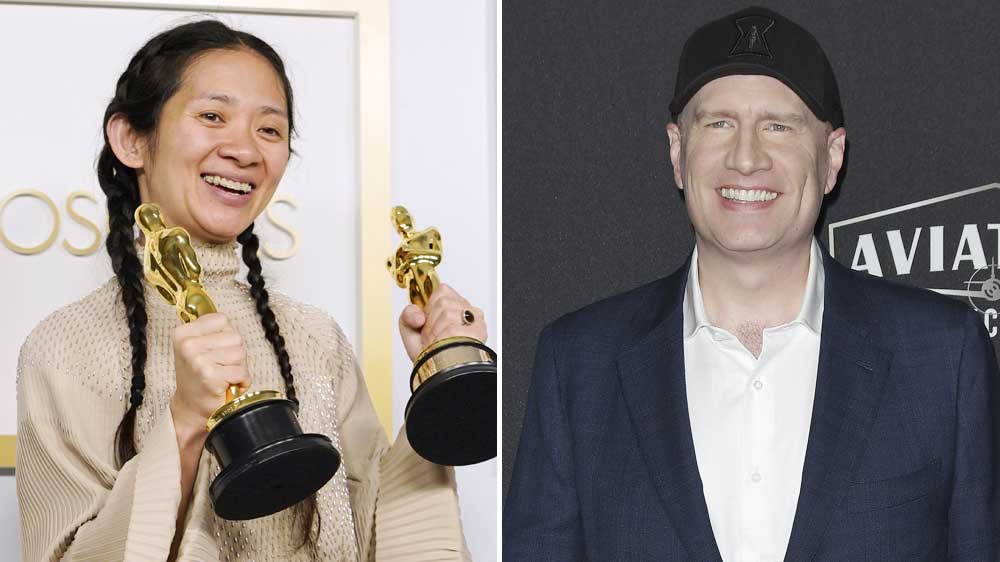 Eternals is posed to be Marvel Studios’ next huge property and it may already be stealing some of the thunder away from Shang-Chi and the Legend of the Ten Rings with the release of its recent trailer. As we sit down and scour the trailer for clues to potential plot twists that enable some of the fun theorizing, promotions kicked off yesterday itself when EW published an exclusive piece detailing certain aspects of the movie’s filmmaking.

One point that frequently comes up in conversations is the movie’s scope. Producer Nate Moore cleared the air, confirming that it spans a story that stretches across 7,000 years. And yet, somewhat perplexingly, Moore describes the movie as having a fast pace, something you wouldn’t get a whim of if you saw today’s trailer.

I think we bit off as much as we could chew on this one because we did want to make a film that felt urgent and present and had [a fast] pace, but also took time to reflect back over the centuries. It’s a little bit like being on a road trip with nine of your closest friends for 7,000 years.

Recognizing the enormity of the challenge, Marvel Studios brought on board Chloe Zhao who until then, was known for her intimate arthouse drama films. And yet, Feige admitted without hesitation that were it not for Zhao and her infectious enthusiasm about the MCU and nerd stuff in general, they wouldn’t have even considered it possible to make this.

The truth is, we would not have even attempted this if it weren’t for Chloé. We thought, here’s a filmmaker who is equal parts cinematic visionary and genre nerd. She can outtalk any of us when it comes to manga and Star Wars and Marvel comics. It’s quite an astounding combination. And this movie, I think, represents all of the immense multitudes of Chloé.

Kumail Nanjiani, who plays Kingo and has grown on to become a big star in his own right, echoed Feige’s statement, proclaiming that the director was completely focused on getting everything to work and ensured a safe atmosphere on set.

She’s just one of the greatest filmmakers ever, and she’s at the height of her powers right now. Working with someone like that, you’d think it’d be intimidating, but it was the opposite. I just felt very safe. I was like, Oh, she’s not going to let me suck at this.

It’s great that Marvel is opening up its arms to lesser known filmmakers and giving them the mainstream recognition that they so rightfully deserve. Now let’s just hope that Marvel let her make the movie she wanted the way she wanted it without turning major parts of it into a generic action-adventure fest to suit their MCU template. After all, hopes were similarly high with Captain Marvel and while that movie performed, fans left a bit wanting for more, something that hopefully the sequel will deliver on.

Eternals releases in theaters on November 5, 2021. No word yet on whether it will arrive simultaneously on Disney+ as well.