The movie arrives in November 2021. 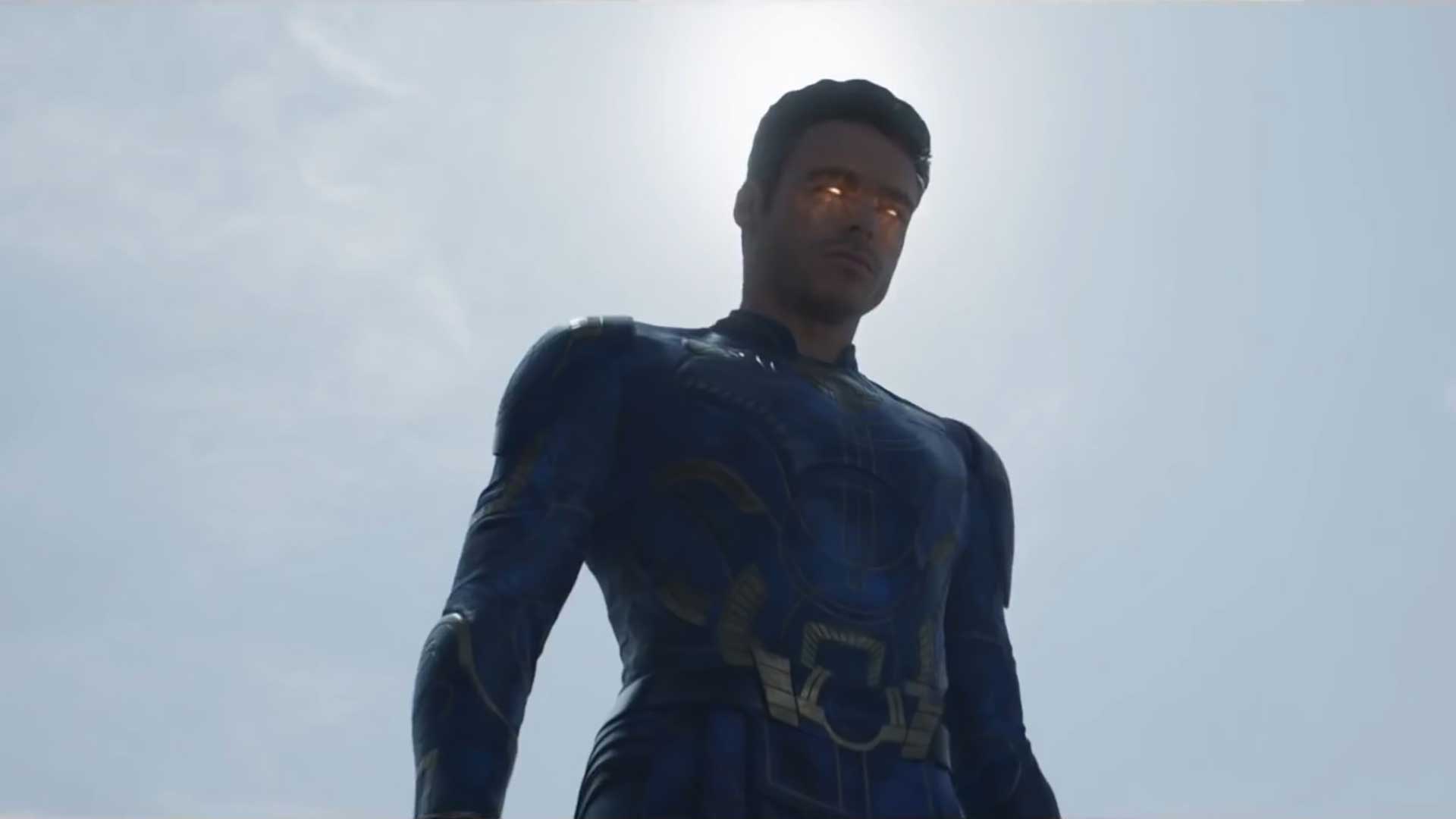 As rumored yesterday, the new Eternals trailer is out. Marvel Studios proclaims it as being the final trailer, meaning there’s a strong chance we won’t be seeing another full-length Eternals trailer this long until the film’s release. The trailer spotlights the film’s ensemble cast and provides enough clues about the basic storyline to get fans excited. Most importantly for fans coming in from Avengers: Endgame, it provides a direct answer about the Eternals’ whereabouts upfront.

Marvel isn’t playing coy about teasing fans with where exactly these heroes were. Right off the bat, the trailer clears the air by explaining that the Eternals were not allowed to interfere with any events unless they involved the Deviants. Salma Hayek’s Ajak, the leader of the Eternals, explains this to Richard Madden’s Ikaris along with revealing that the undoing of the snap has led to an emergence that may have spawned the Deviants, forcing the Eternals’ hand.

The Deviants represent an evolutionary off-shoot of the human species created by the Celestials, with each possessing a genetic mutation of some sort and are generally hideous and deformed in their appearance as opposed to the Eternals. They may be led by Brutus in the movie who is namedropped and who leads the Deviants for a while in the comics following the destruction of the Dreaming Celestial, the one regarded as being responsible for creating the Deviants. It sounds like the approach Marvel is taking towards Eternals is more in line with The Avengers – rather than introducing a strong, famed or supremely well-known antagonist, the studio wants the film to focus more on the heroes themselves. And there’s a lot of them.

The trailer’s visuals are absolutely gorgeous to behold and it will be a real shame if we’re led to watch this at home instead of an IMAX screen. Director Chloe Zhao seems to have taken maximum advantage of natural locations and a lot of it looks real and tangible as a consequence. Already experienced with creating visually astounding films including Guardians of the Galaxy, cinematographer Ben Davis seems to have brought his A-game and proves he was the right choice.

We get a more in-depth look at most of the cast, with a specific focus on Richard Madden’s Ikaris who leads the bulk of the action. We also learn that a lot of the Eternals were in hiding on Earth all this while and would now need to surface to fight the upcoming war. The trailer overall also has a more ominious, epic vibe with a serious tone and ends with a bit of comic relief, quite like the pattern followed by the original teaser trailer. And I’m not fully sure about it but about that score – it sounds like we may be hearing the first glimpses of Ramin Djawadi’s epic, yet subdued score.

Overall, I’m quite excited to unpack the various hints and easter eggs present in the trailer and can’t wait for Eternals to drop. In regards to the release date, Eternals is currently set for a November 5, 2021 release.