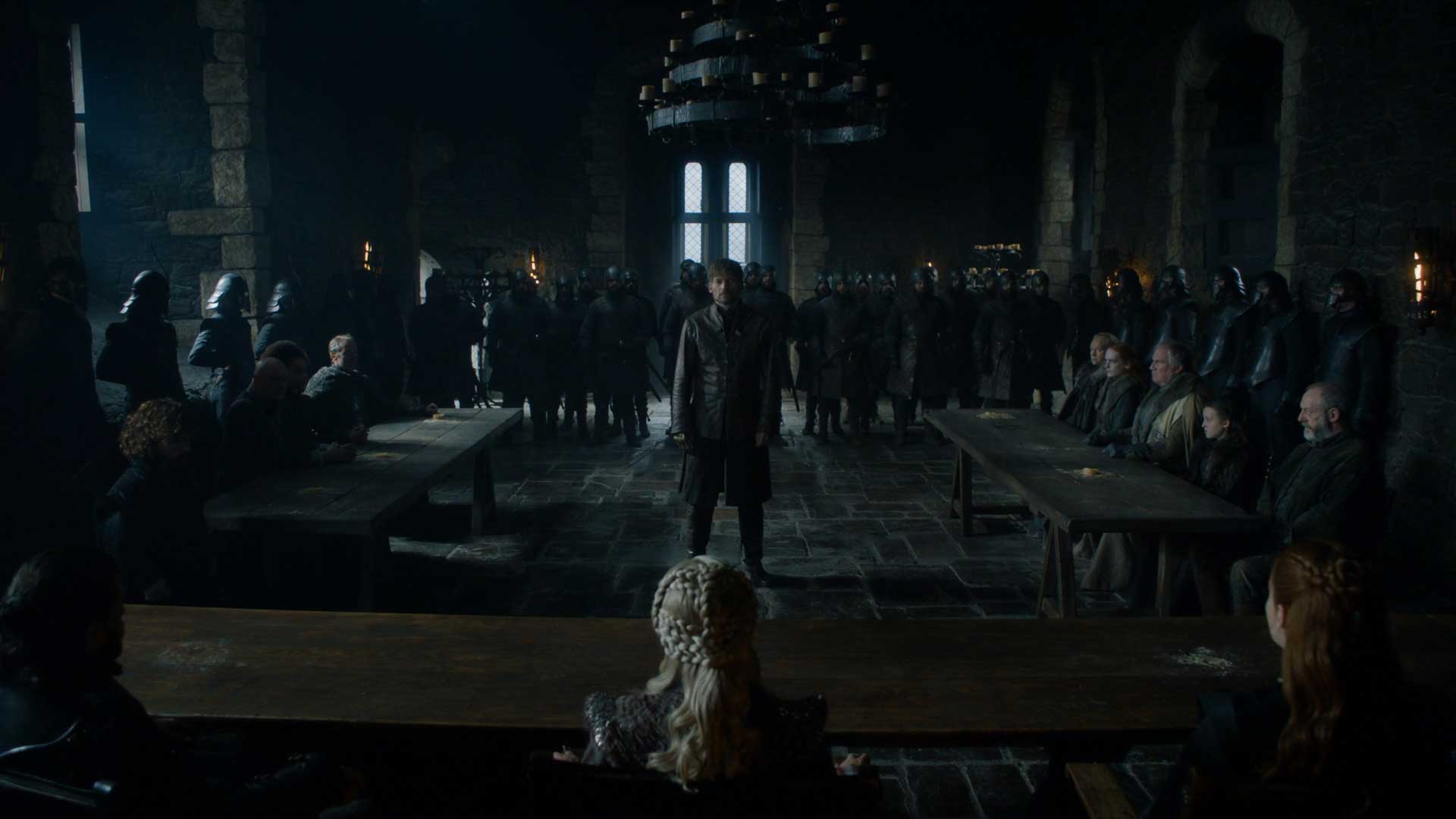 As is customary now, Game of Thrones finishes one episode by giving us a sneak peek at the second. With its Season 8 premiere then comes our first look at what lies ahead. Some spoilers follow in the second episode preview as well as in our subsequent discussion so those who haven’t seen the episode might want to watch it first and then come back. And maybe, also read our review of the said episode as well.

Episode 1 ended with Jaime arriving in Winterfell and looking at Bran from a distance. He seemed surprised, shocked and partly horrified upon encountering the Stark kid who he threw out of the watchtower in the show’s Season 1 premiere. Bran in turn was kind of anticipating him already; does this mean Bran can see parts of the future as well?

Anyway, Jaime has committed an act far more treasonous and dangerous than pushing Bran out. Commonly known as the Kingslayer all over, Jaime was the one who killed the Mad King Aerys Targaryen when he expressed a desire to burn everyone in King’s Landing by igniting the stacks of wildfire planted beneath the city. The king’s daughter Daenerys and brother Viserys have grown up on these stories and have been looking to exact revenge on Jaime and considering Dany’s tone, she’s going to find it difficult to put that aside even upon the insistence of Jon. It’s also telling how the power in the North has shifted as Dany (and not Jon) now sits at the center of the countil with the Starks flanking her. Could this moment force Jon to assert his true identity as Aegon Targaryen and take matters into his own hands? What better way to use your newfound lineage than to order everyone to fight the wights.

Speaking of which, the dead are coming and quite sooner than anticipated. While Episode 3 is supposed to be the big centerpiece, the trailer leads us to believe that the war will start as early as the climactic moments of Season 2. With Tormund, Beric and presumably Eddison Tollet making their way back to Winterfell to warn everyone of the threat and with shots being fired, everyone will try and fend off an initial herd successfully until the bigger one reveals itself.

Finally, there’s yet another cool callback to Season 2 as we see Tyrion atop the watchtower reminiscent of his more active role in the only battle he’s ever participated in, the Battle of Blackwater. This is a fight that’s going to need as much grit as strategy and Tyrion could provide some surprisingly wise inputs to taking the wights out with their minimal numbers. It’ll also give the Lannister scion something useful to do since some feel he’s lost his stride after he sailed for Pentos and met Daenerys in Season 5.

All said and done, there’s a lot of stuff to look forward to next week. Given the pacing of the season premiere, Episode 2 could proceed even faster.