M. Night Shyamalan reveals the movie’s setting and some other details. 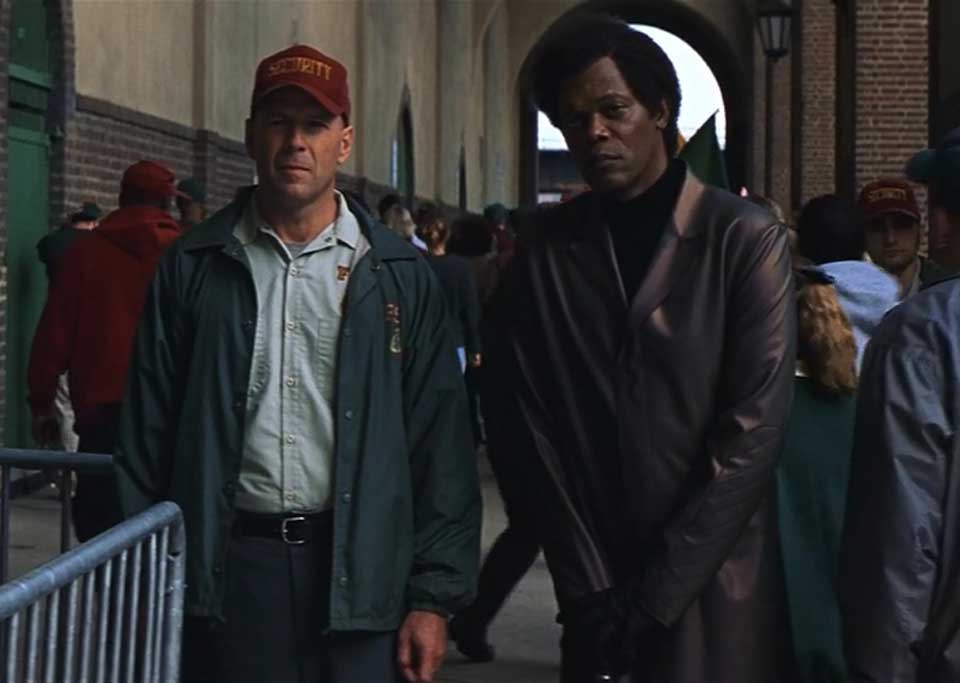 2019 already looks like its going to begin on a promising note with M. Night Shyamalan’s next movie Glass set to hit theaters in two weeks. Made on a reported budget of $20 million, the sequel to Unbreakable and Split is building up steady anticipation as fans look forward to seeing Bruce Willis and Samuel L. Jackson coss over with James McAvoy for an epic psychological showdown. In a new interview with Fandango, Shyamalan revealed some interesting tidbits about the movie, including when its set.

It’s very close. It’s a few weeks, 2-3 weeks after the events of Split have taken over. So, 15-16 years from the Unbreakable timeline on screen. So very direct connection to Split.

In a rather juicy tidbit however, Shyamalan revealed that Glass will feature unseen footage from Unbreakable for some sequences. That is, we’ll see scenes from Unbreakable that were not included in the original 2000 movie but will be present in Glass, showing us some of the characters from that movie as they were young. He describes it as a Boyhood kind of a scenario (Boyhood famously took 13 years to shoot as it chronicled its protagonists aging over the course of the movie) and depending upon the footage, we might have a shot at catching a young Bruce Willis and Samuel Jackson on the big screen.

Yeah and in particular, we had Joseph, his son, played by the same actor Spencer. And Spencer is now 30 years old. And so its wondeful to see the same character. And you do see, and I don’t want to give too much away but you do get to see moments from the original Unbreakable, scenes you didn’t get to see. You’ll see the same actor change 18 years on camera in front of you.

Based on Shyamalan’s quote, it definitely looks like there will be flashbacks to Bruce Willis’ character David Dunn interacting with his son Joseph both then and now. No worries though, you can always catch a young Samuel L. Jackson in the upcoming Captain Marvel movie.

Glass is set for release on January 18, 2019. A sequel to both Unbreakable and Split, the movie will see characters from both movies cross-over as they’re treated by universe newcomer Sarah Paulson. Bruce Willis and James McAvoy reprise their respective roles of David Dunn and Kevin Wendell Crumb, as does Samuel L. Jackson who plays Elijah Price a.k.a. the titular Mr. Glass.

The Art of Captain Marvel Gets Colorful Old-School Cover