Legendary unveiled a set of previously unseen concept art for the Godzilla sequel.

GodzillaGodzilla: King of the MonstersMonsterVerseMoviesWarner Bros.
By Divij Sonak On Apr 24, 2020 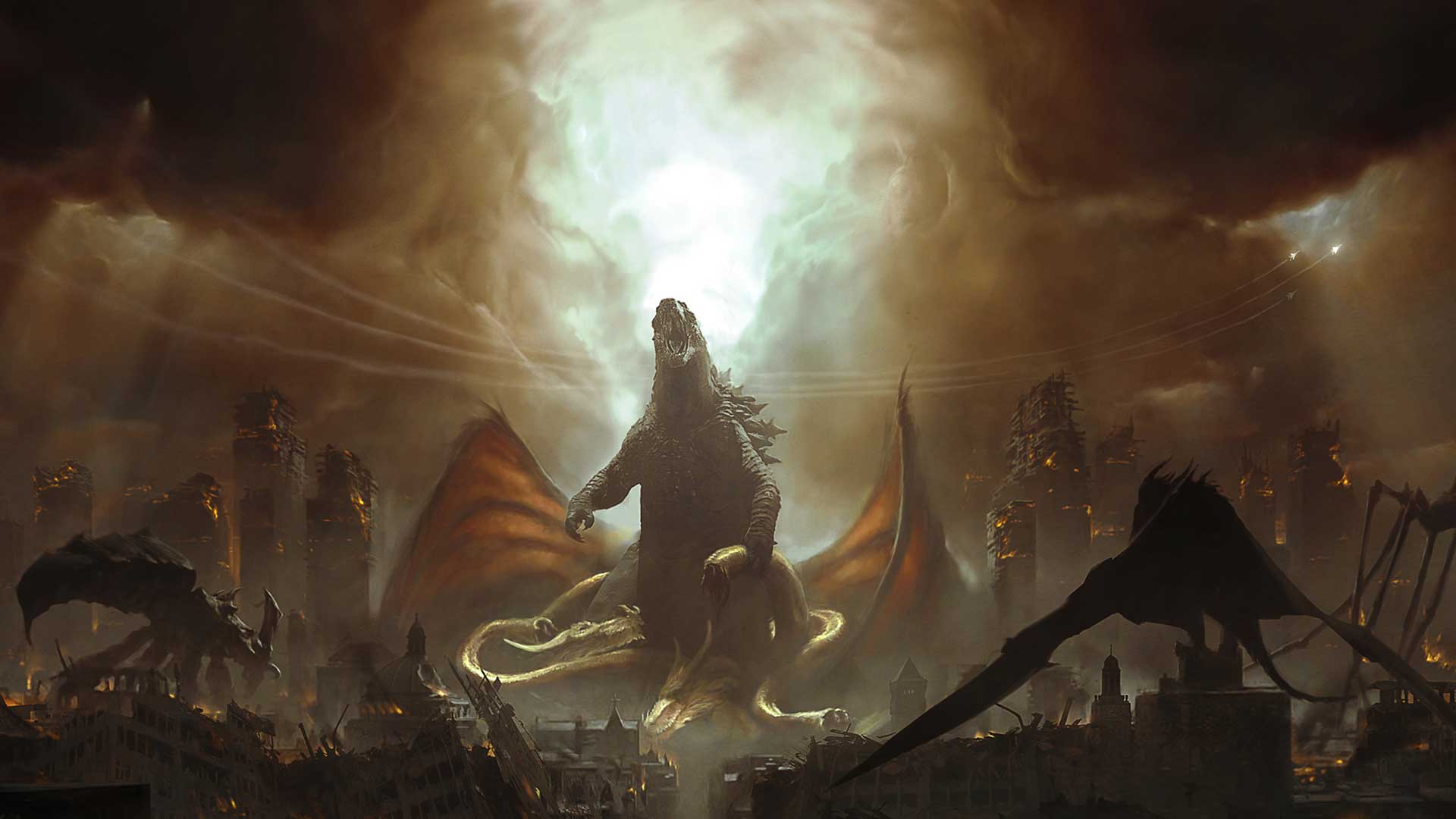 Godzilla: King Of The Monsters was one gorgeous looking movie, a fact that even its most ardent detractors seem to concur with. Legendary has been hosting a MonsterVerse Watch Along encouraging fans to watch the three films in quarantine as their respective directors offer commentary. On the side, Legendary has been revealing some previously unseen concept art and it looks like we now have some for King Of The Monsters.

Over 20 pieces of concept art were revealed. I’m sharing all of these below with some commentary to spread out the loading a bit. In any case, this page could take a while to load so be patient and read on. Click on the images to load the full hi-res versions.

Starting off, we have some locations from the movie related to Mothra. There’s the Temple of Moth and a gigantic Mothra in its Larval stage, both briefed at during different points in the film.

Next, we have some vehicles from the movie. Included are the Osprey Monarch Advanced Tiltrotor Combat Vehicle glimpsed at Monarch’s facilities as well as the USS Argo, Monarch’s Supersonic Stealth-Wing Sky Fortress that was used to fight Rodan when he emerged from the volcanos.

We then get a look at the different Monarch Outposts seen in the movie. Legendary revealed that these were often numbered as a tribute to the years in which some pivotal Kaiju movies debuted. For instance, Monarch Outpost 54 is named after the year 1954 which saw the release of Gojira, the debut of Godzilla via the Japanese film. Similarly Outpost 56 is a nod to Rodan’s first appearance as seen in Ishiro Honda’s standalone Rodan. Outpost 31 however was more a nod to the Antarctic Research center seen in John Carpenter’s The Thing.

Rodan is also the subject of more concept art as we see him fight Ghidorah in their early skirmish before Godzilla joins the battle.

We also get a look at the underground lairs that Godzilla retreads to when he’s not active. These are also the locations where Serizawa descends to in order to sacrifice himself in awakening Godzilla from his slumber.

Finally, there’s a bunch of monster-on-monster battles including Godzilla and Ghidorah going at each other for the first time as well as the final battle that sees all monsters join, before Godzilla emerges victorious and all bow down before him. Long Live The King.

For all the criticism it drew regarding plot, Godzilla: King Of The Monsters was a visual beast. These concept art pieces only reinforce that well-known trait. I for one enjoyed the movie thoroughly and while it did have flaws in its storyline, those didn’t detract from having a good time at the theaters. Let me know how you found the movie in the comments below.