Snyder shared a look at the image from a Q&A event.

DCEUHBO MaxMoviesZack Snyder's Justice League
By Divij Sonak On May 15, 2021 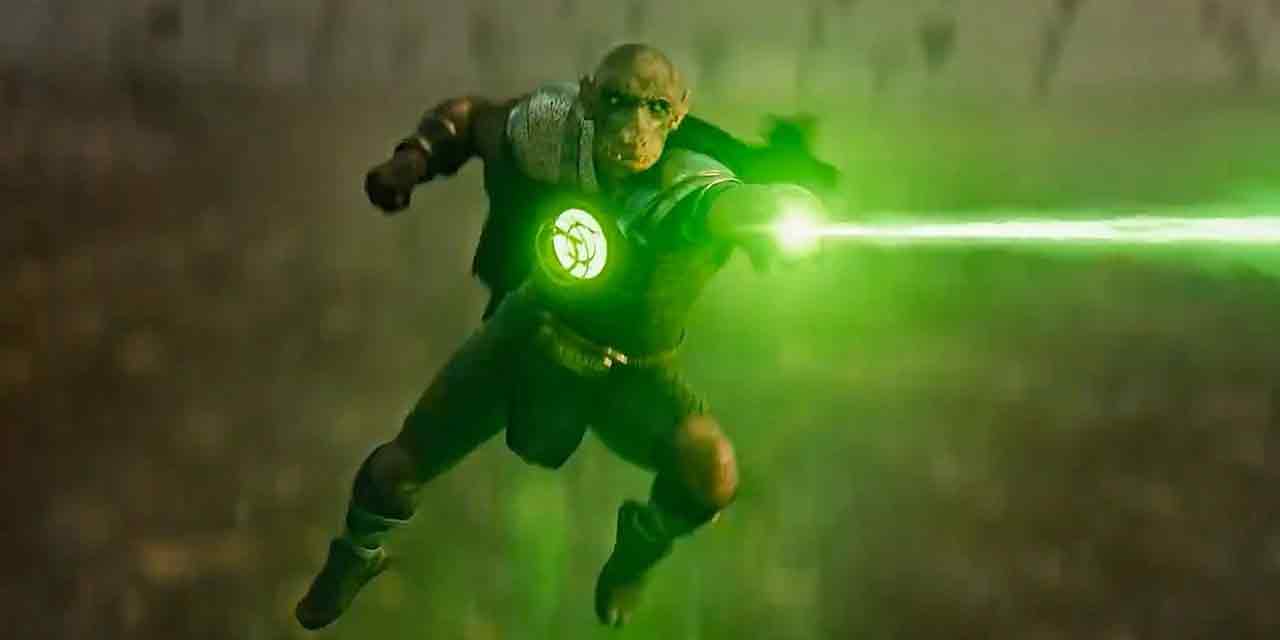 Zack Snyder’s Justice League continues to find new ways of being in the news. While a lot of it was recently attributed to Ray Fisher’s accusations towards Joss Whedon and just how good the movie in general was compared to the 2017 version, a lot of it is also due to Snyder who continues to share tidbits from the film to keep fans excited. In a digital Q&A event, Snyder shared on his phone, the first look at Green Lantern from his Justice League that ended up being cut from the final release.

Played by Wayne T. Carr, John Stewart was slated to appear in the movie but was scrapped for unknown reasons. Green Lantern was also slated to appear in the movie’s final scene when he reveals himself to Ben Affleck’s Bruce Wayne. That ended up being replaced by the Martian Manhunter although the plan then, at least at one point, was to see if Ryan Reynolds could reprise his role for the scene.

Of course this doesn’t guarantee anything about future Green Lantern appearances but it does make you wonder just how many moving parts were there to The Snyder Cut. It was an expansive project indeed and the studio’s schedule of jumping straight to a Justice League movie meant Snyder had to do a lot of the setup work that Marvel ended up delegating to the individual movies. Whether this means Wayne T. Carr can reprise the role in any way, shape or form remains to be seen but it should surely give the internet plenty of fodder to converse and speculate for the day.

Then again, it’s less likely that anything comes out of it seeing as Warner Bros. has no interest in pursuing Snyder’s vision. And then, yet again, wasn’t the studio as adamant against bringing The Snyder Cut to life?

Mission: Impossible 7 – Tom Cruise Explains The Stakes Behind His Most Dangerous Stunt Of His Career