An important character gets a funeral as the identity of the cop-killer gets revealed. 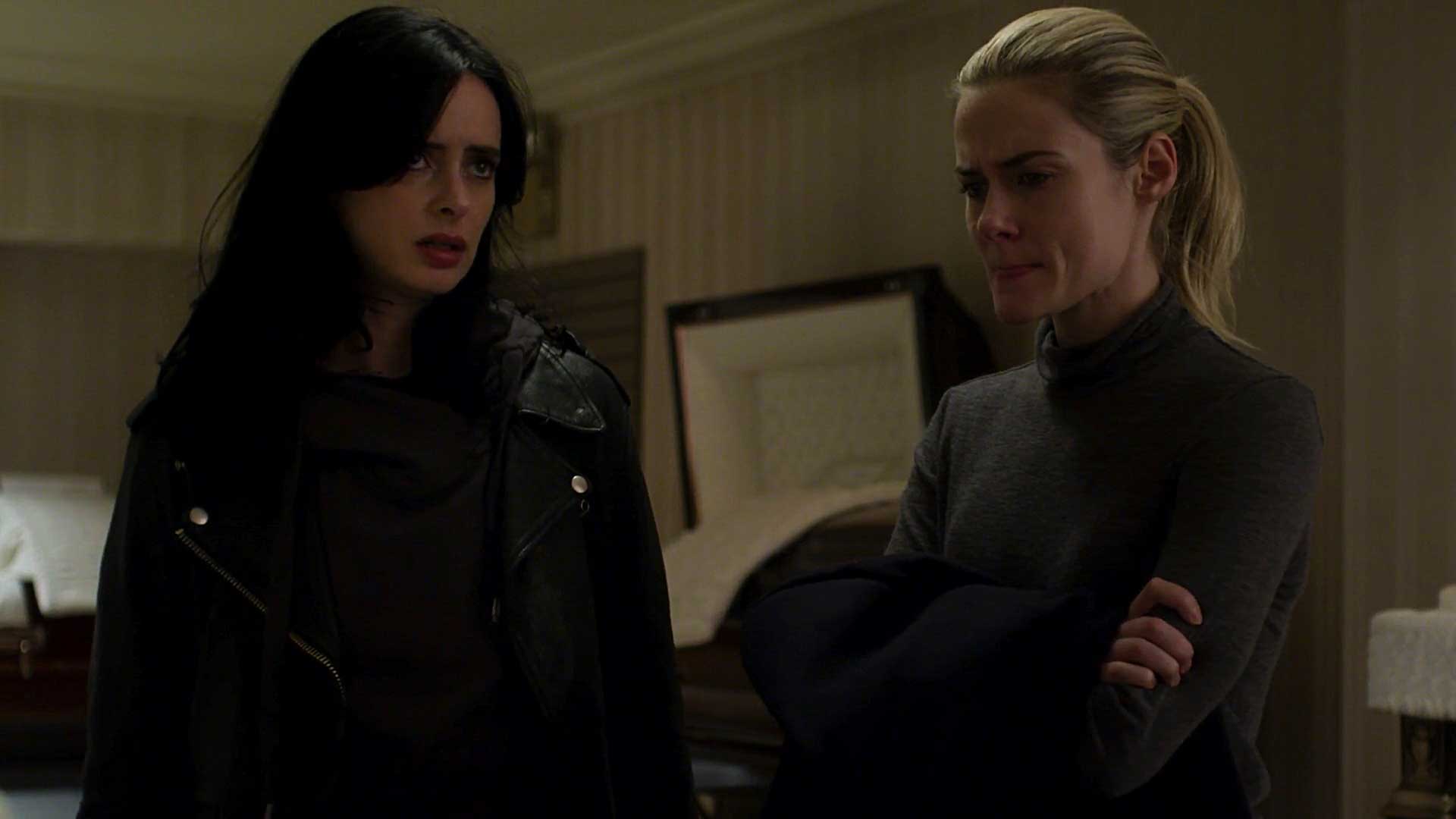 For the most part, the tenth episode of Jessica Jones Season 3 was light on developments. Dorothy’s funeral arrangements took up most of the space, followed by the hunt for last episode’s cop-killer and eventually, the brewing troubles of Malcolm and Hogarth. The real shocker was in the end when the identity of the cop-killer is revealed, in an interesting twist that many may have found difficult to see coming, yet perfectly fits within what’s been happening.

This episode was a rather unique one in terms of cinematography and direction. The opening moments are spent delivering some rather poetic shots that effectively convey a funeral proceedings with the camera angles and editing used standing out compared to the rest of the season. All of this helps sell the importance of the moment effectively, as we’re also treated to some verisimilitude when Jessica and Trish realize all the work that goes into setting up a funeral for someone like Dorothy, who was highly specific with her requirements, including the casket she’d go down in.

Amid the arrangements though, cops are hunting for the one who bumped off one of their own. A new agent is introduced and while I cannot remember her name, like all of Jessica Jones‘s peripheral characters, she is given enough lines and a spunky personality to etch her onto our memory. Throughout the episode, we’re misdirected into believing its Erik who killed the cop out of a grudge with the blame shifted on episode, but it’s only in the final moments that the identity of the real murderer is revealed, or at the very least hinted at. Once again, spoilers in the next paragraph.

As it turns out, Trish has snapped after her mother’s death and has become a full-blown vigilante, killing off criminals who she believes had it coming. While it’s delivered as a shock, it does fit well in the context of what the show’s been feeding us. Throughout, Trish has been the one refusing to hold back; not only does she wish to dole out justice, but do so in a be-all-ends-all manner, a judge-jury-executioner style if you will. This always conflicts with the traditional superhero mindset which, ironically, is embodied by Jessica at this point. It’s an age-old debate that has been presented in countless other superhero movies and TV shows; showrunner Melissa Rosenberg just tries to put her own spin on it, and is making us sympathetic toward Trish’s troubles so that when the inevitable fight comes between Jessica Jones and Hellcat, we have difficulty choosing a straight side.

Unfortunately, this twist is delivered right at the very end in yet another cheap cliffhanger ending. Season 3 is employing a lot of those, padding out the episode with filler material while saving the biggest development for the last. Not that I mind seeing all that’s happening with everyone but honestly speaking, at this point the Malcolm-Zaya relationship as well as the Kith-Hogarth romance feels relatively out of place in the grand scheme of things. We’re a lot more focused on Trish and Jessica and Sallinger (who by the way, sits out the entire episode despite his story being at the epicenter for now) than be bothered by this new flings, as arresting as they may be. The only saving grace is that Hogarth now knows about Trish’s secret identity and clearly intends to use her for some nefarious purposes. Trish, having given in to the dark side, should be more than willing to oblige.

Hopefully, with things down to the final three episode, we’re going to see some massive plot developments. I’m already excited for the next episode titled Hellcat which could very well end with Trish’s fully formed origin, costume and all. Whether she continues to maintain her stance, leading in a three-side square-off in the finale, or whether she’s able to redeem herself and join Jessica in the fight against Sallinger, is going to be interesting to witness. I’ll be giving this a higher rating than expected, purely for the twist pulled off at the end.

Jessica Jones Season 3 Episode 9 Review: AKA I Did Something Today