Jessica Jones bring its forward momentum to an abrupt halt as it recounts past events from a different perspective. 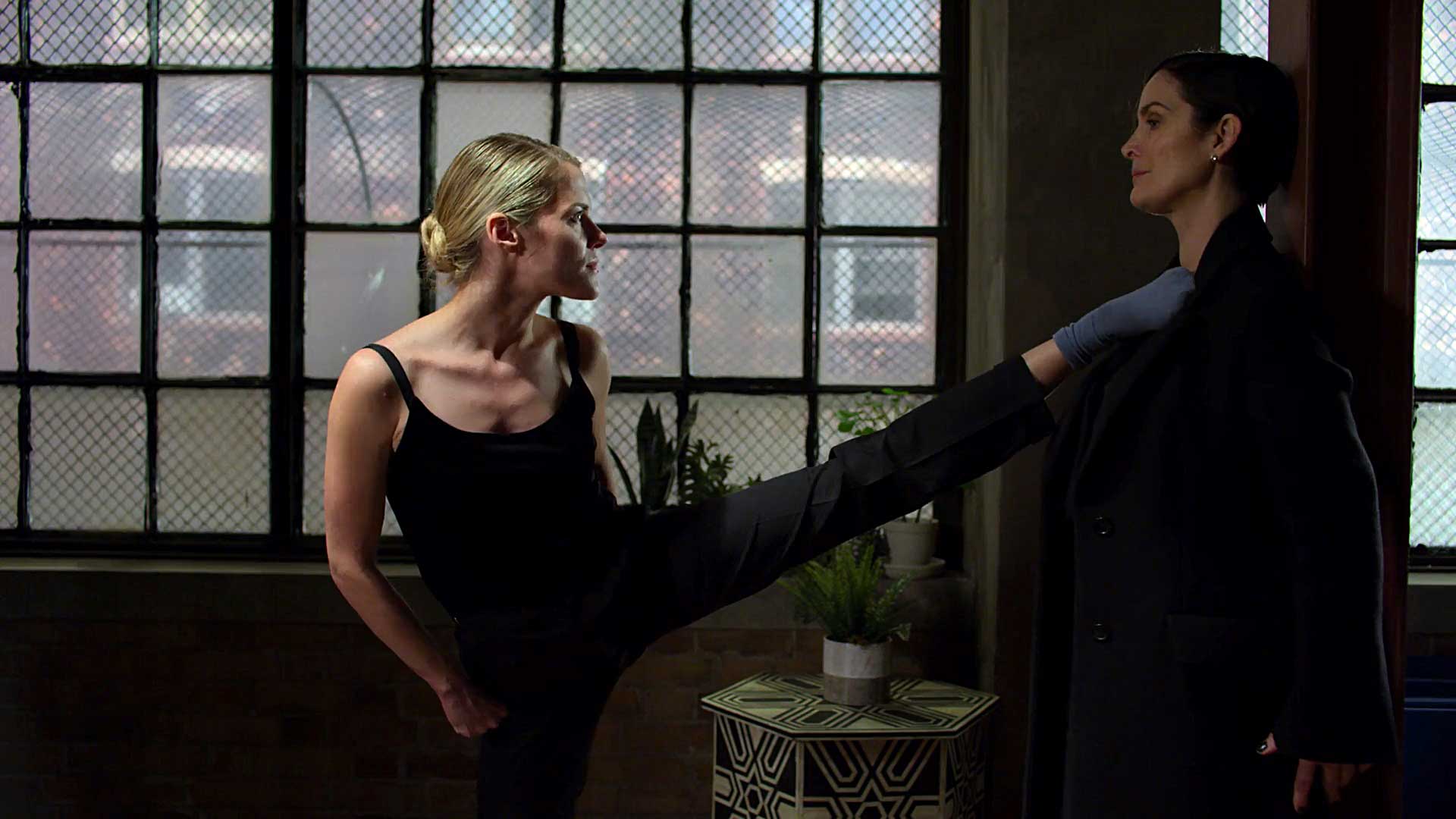 Jessica Jones went back to employing a plot device it used in this season’s second episode as it stalled its forward narrative momentum to recount the events of the past few hours from the perspective of its other protagonist. We see and learn what Trish Walker has been upto, how she truly reacted in the face of her mother’s death and what drove and pushed her to the point we find her last season, bringing yet an additional twist on her character’s allegiances.

So right out of the bat, no, Trish / Patsy / Hellcat isn’t really a vilain. She’s been taking out some thugs on Erik’s insistence, implicating Mind Wave into this. Despite his repeated insistence upon absolving himself of any involvement in the cop’s murder, Erik is certainly complicit in the act. On the surface, it looks like the kill was unintentional and the confrontation was only meant to record evidence to incriminate him for his bad deeds. His murder however clears up Erik’s paining head, giving him such a relief that I couldn’t rule out the possibility of him wanting more.

At this point then, no one’s really a true villain or a hero except maybe Sallinger, who still continues to remain the primary antagonist. If anything, these events give Erik some great motivation to assume the mantle of Mind Wave and wipe out bad guys to rid himself of the frequent headaches. The bigger the ache, the stronger the desire to wipe the bad guy out. I’m not sure if this metamorphosis will occur in the last two episodes, if anything I’m highly skeptical. What it looks like is that somehow, everyone will team together to take Sallinger down and then deal with the resulting fallout. I could totally see Trish being the one to put the final punch in Sallinger.

Hogarth is finally in on the main storyline and Trish becoming a hero for hire of her own has tempted Hogarth to use her services to squeeze out some intel from a certain Dimitri, who’s been hanging on Kith’s head ever since her husband’s demise. Hogarth’s subplot has been progressing at a snail’s pace so it’s good to see her get thrown into the big mix of things. With the episode largely focused on flashing back to prior accounts, everyone else doesn’t really have much to do, putting the spotlight on Benjamin Walker and Rachael Taylor.

And that’s one of my frustrations with this episode. Without doubt, the entire narrative shifting to tell an alternate perspective is intriguing and, if anything, should make the finale more compelling now that we have both sides of the story. But this almost feels like cheating, like Netflix stalling its plot to just plug or fill in the gaps of the last 2-3 episodes to stretch out to its 13 episode count. It occurs at an inopportune moment and breaks the forward momentum the show had managed to build up successfully for so long. By the time the first few minutes pass, it’s clear we’re not going to get any new material ahead of Jessica’s arrest in Episode 10 and that induces a huge bout of disappointment.

At the very least, we get to learn something more about Dorothy and Patsy during Trish’s childhood days, including how desperate Dorothy was to get Patsy a break and how she helped push her from supporting to lead role, mirroring what showrunner Melissa Rosenberg is trying to do with Rachael Taylor in Season 3. As fascinating as those tidbits are to watch, I feel they would’ve been a lot more effective were they placed before Sallinger took out Trish’s mother. It would’ve helped make Dorothy’s death a lot more impactful than it was, while also having added some dimensionality to her character before she passed away. We do get to finally hear the It’s Patsy theme song in the credits that everyone kept raving about all this while so that’s a bonus.

So yes, this was a good episode of Jessica Jones but that isn’t going to stop me from deducting marks for its placement and the fact that it essentially presented filler material. The dynamic between Erik and Trish also came about a tad bit too conveniently for my taste and it almost looked like this was a retcon to prevent Trish from being branded as a villain in last episode’s climactic twist. Again, this episode completely negates that build-up and all the intriguing possibilities that could arise from that change of stance. But having already been fooled by the cliffhangers of Jessica Jones Season 3 twice now, I’m going to do the smart thing and avoid guessing what happens next. Instead, I’ll just jump right in.