Jessica Jones delivers a terrific episode as it brings Sallinger’s fate to a dramatic close. 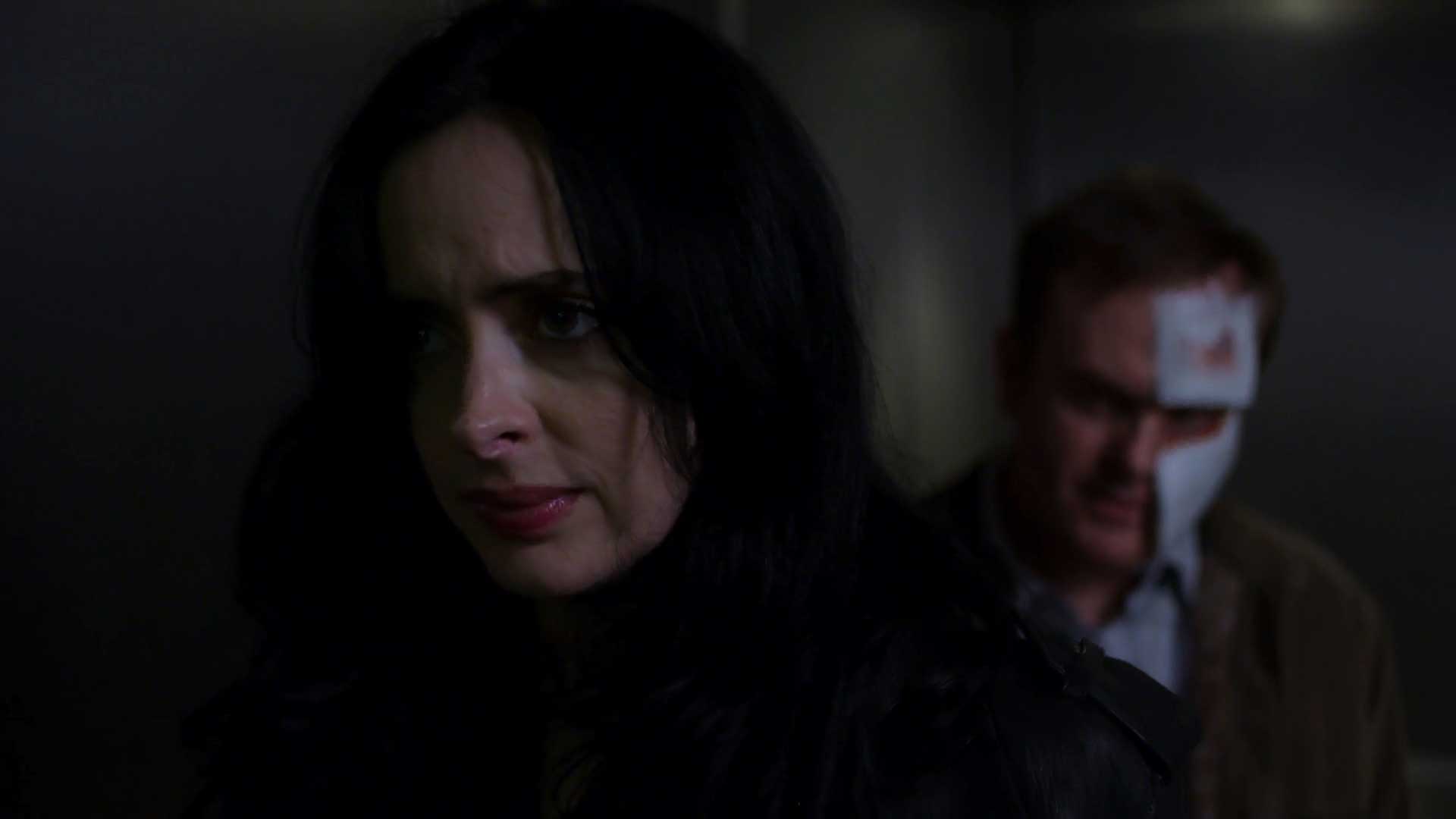 Wow. Jessica Jones delivered a terrific penultimate episode that brings Sallinger’s fate to a close, while setting up the stage for an inevitably troubling finale. And despite the shock endings, it takes a lot of time to delve into what the characters are going through as Sallinger goes down in a muted, if somewhat predictable fashion, paving the way for the real conflict.

It was rather easy for Jessica to get Sallinger once she figured out his penchant for recording stuff. Predictably, Jess pulled a fast one on the serial killer and goaded him into confessing to killing Dorothy on tape. While the setup is simple, Jessica Jones takes its own sweet time to arrive at the dramatic confrontation but thankfully, it eventually succeeds in putting Sallinger behind bars. The real shocker comes at the end when despite Salinger’s saga being done, Trish breaks into the precint and executes him.

It’s peculiar for the show’s main villain to go down in such an anticlimactic fashion. A deeper introspection reveals that the show wasn’t really Sallinger after all, but the conflict between Trish and Jessica and their differing ways of seeing justice delivered in the world. Trish is fully confident that one kill or two isn’t going to make something snap within her and turn her bad, without realizing that every subsequent successful kill gives her further incentive to carry on with her vigilante mission. Jessica sees that, with her years of experience navigating the superhero territory as well as working with other heroes briefly and tries her best to keep Trish shielded from that burden but to no avail.

This sets up a pretty interesting finale that at this point, is a lot of fun to speculate upon. There’s no way all of this ends on a good note and it would be painfully poetic if Jess ends up having to take Trish down for what she’s done. In any case, the righteous path forward demands Trish be handed over to the cops and that’s no satisfaction either. It could go a number of ways but if Jessica Jones is smart, it will avoid the all ends well ending and take a cue from Season 2 to bring Trish’s arc to an emotionally fulfilling close.

The other players are peripheral at this point but everyone is now part of the same story. Malcolm continues feeling intense guilt for his betrayal of Zaya as Erik is referenced too many times as being a superhero of his own; whether he’ll finish the season by adopting the Mind Wave moniker remains to be seen. He’s grown to be a pivotal player in Jessica Jones and an endearing one despite his shady past, thanks to Benjamin Walker’s charming portrayal. As for Hogarth, I’m sure the final episode should have a bit of wrapping up to do for her story as well, including her estranged romance with Kith and her ALS condition. Again, there are opportunities for a tragic close with Hogarth dying alone in her apartment but I’m unsure if the show is willing to bump off Hogarth or just let her stay alive.

The parallels and contrasts between our show’s two heroes are conveyed rather effectively thanks to both being chained by guilty men. There’s something weirdly warped about seeing Jess rescuing a serial killer from the clutches of her best friend and sister. Trish recounting the first time something with her snapped, that harkened back to her mother’s abuse at the hands of her father is almost a strange parallel with Sallinger’s cold dynamic with his own father who preferred his brother. Sallinger bringing out Jessica’s moment of truth as she realizes she’s failed her parents’ sacrifice by not putting her hero skills to use has eerie similarities to Trish believing she’s dishonoring her dead mother’s memory if she sits tight with her newfound gifts. All of this is just to boil down to seeing two differing perspectives of similar situations and such characters are infinitely more interesting to follow than a monotone situation with Jess and Trish teaming up against the serial killer, as fun as that might be.

We’re now down to the last episode of Jessica Jones Season 3 and by all accounts, it looks like it’s headed for a tragic ending. By acting on impulse, her fire ignited by the words of her colleague that gave her the external push to execute them, Trish has put her at direct crossroads with Jessica. I’m going to jump right in to see the final conflict and how it ends for all parties involved, as well as if Jessica Jones delivers any concluding monologues to wrap up the final hour of the Marvel-Netflix era.