Jessica Jones recuperates from an injury as the show takes its own sweet time to get things moving. 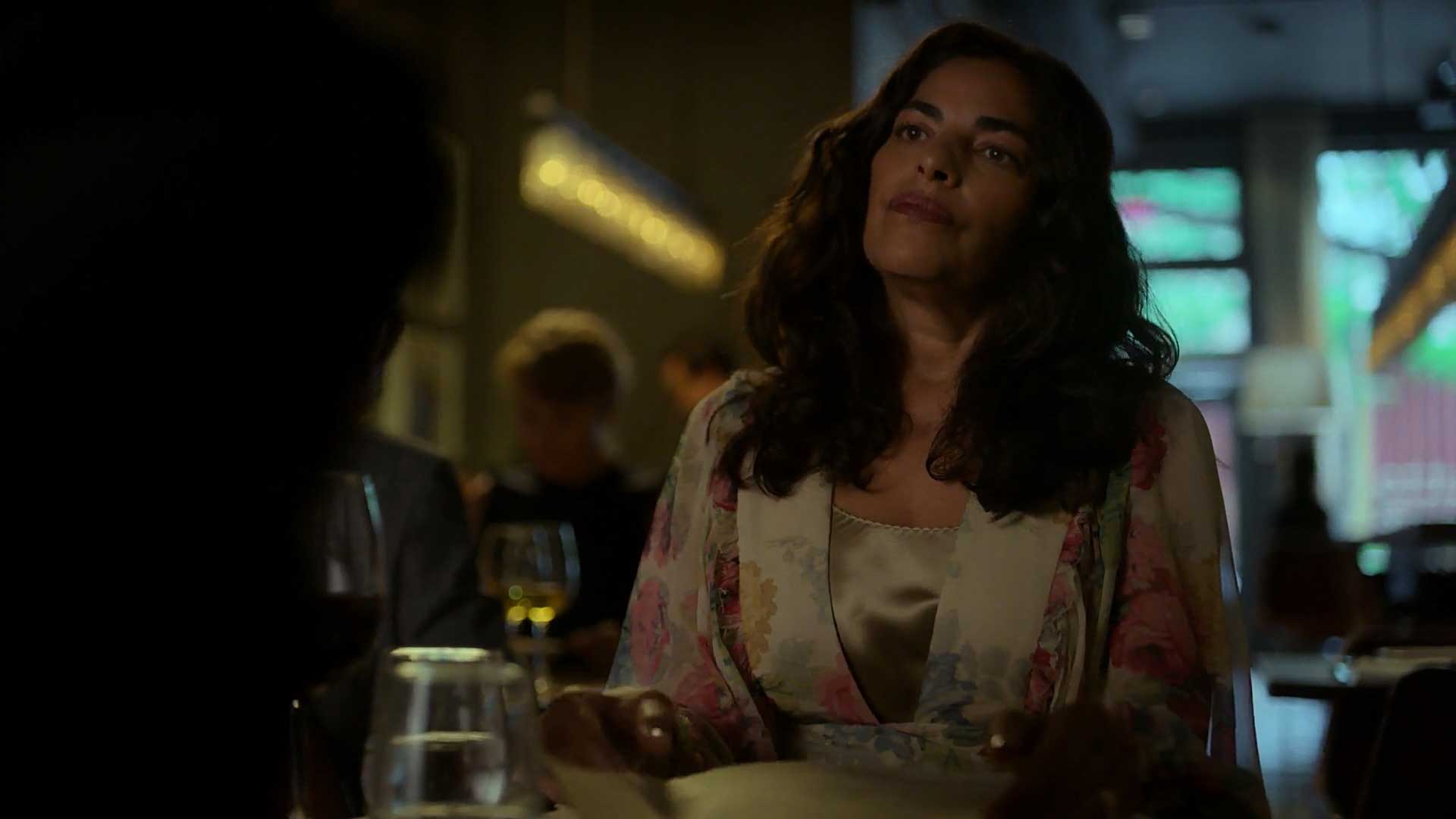 It appears we may have to wait a bit longer for things to be set in motion. After being unexpectedly stabbed, Jessicaa Jones recuperates and launches a sluggish investigation of her attempted murderer that spans pretty much the entirety of the episode. Jeri Hogarth meanwhile, attempts to bring that missing spark in her life by reconnecting with her old flame, as she assigns Malcolm the dubious task of uncovering dirt on her husband.

Much of the episode is taken up by Jessica and Trish’s simultaneous pursuit of Andrew Brandt, the person both suspect is behind the assault on Jess. We also see that Jess is still bitter over Trish killing her mother last season and as much as Trish wants to work as a team, Jess isn’t in a mood to reconcile. It does look like the storytelling between their interactions occurs a lot more from Jessica’s perspective, with the camera sticking close to her at all times and Rachael Taylor largely covered in distant shots, unless absolutely necessary. This superhero rivalry almost made me suspect that Trish could have been responsible for taking Jessica’ spleen.

Hogarth is taking things slow, having come around to her misconception that she ought to die before collapsing to ALS. It sounds like she’s willing to give life a chance and her interactions with her ex-flame Kith are superbly handled in terms of writing and directing, even though the pacing suffers quite a lot. It’s almost like having a window into the lives of these uber-powered elite class people and getting a peek into their vulnerabilities, physical and emotional. Clearly the two have a thing for each other and it’s also nice to see Marvel getting increasingly more open about depicting LGBT relationships, even if that development is on the Netflix side.

Unfortunately, Hogarth’s indulgence isn’t good news for Malcolm who’s dispatched to do some shady stuff, almost at the risk of alienating his own girl. Malcolm is like that relatable 30-something who just wants to work for a while to cash out the big bucks before he starts something of his own, which makes his dilemma all the more relatable. Eka Darville has shown a nice trajectory from the drug addict who was always on Jessica’s doorstep needing her help to becoming someone dependable enough to call in an ambulance and escort Jess to safety. Not just that, he also hands her the lone piece of evidence that could help her incriminate the criminal; that it doesn’t prove to be of much help is an entirely different matter.

For long stretches, it feels like Jessica’s investigation isn’t really going anywhere and all she really does is drinks, rests and takes her antibiotics. Which is either boring or sheer genius, depending on which way you look at it; the pacing unmistakenly suffers but once again, the show proceeds at a much more realistic pace that at times, is eerily representative of the reality we live in. I love me a slow-burn as long as it has something compelling to offer but in terms of narrative developments, this lacked the punch I was hungry for two episodes in.

There is some playful cinematography at work here, especially when choosing distant angles as opposed to closeups when framing characters. The camera almost seems to tell a story of its own, positioning those in power with taller angles, toying with the character’s frame of mind. Jessica’s stabbing has also left her susceptible to having nightmares, occasionally flashing back to that moment every time someone knocks. It’s intriguing to see this superpowered individual be so easily taken down by a knife only because she was caught off-guard.

To sum it up then, Jessica Jones delivers a decent episode in I Have No Spleen but not as strong as the first two installments. It’s lethargic too early and lacking in any momentum whatsoever that comes way too late in the show’s final moments (which I’ll refrain from spoiling). That said, it does contain some strong, powerful stuff including Hogarth’s burgeoning romance and Trish’s obsessiveness in her pursuit of criminal justice, although those bits are overshadowed by the long overdrawn segments in which Jess wanders off searching for the identity of her stabber.