Jessica Jones finally introduces the show’s primary antagonist as some other superpowered beings spring to action. 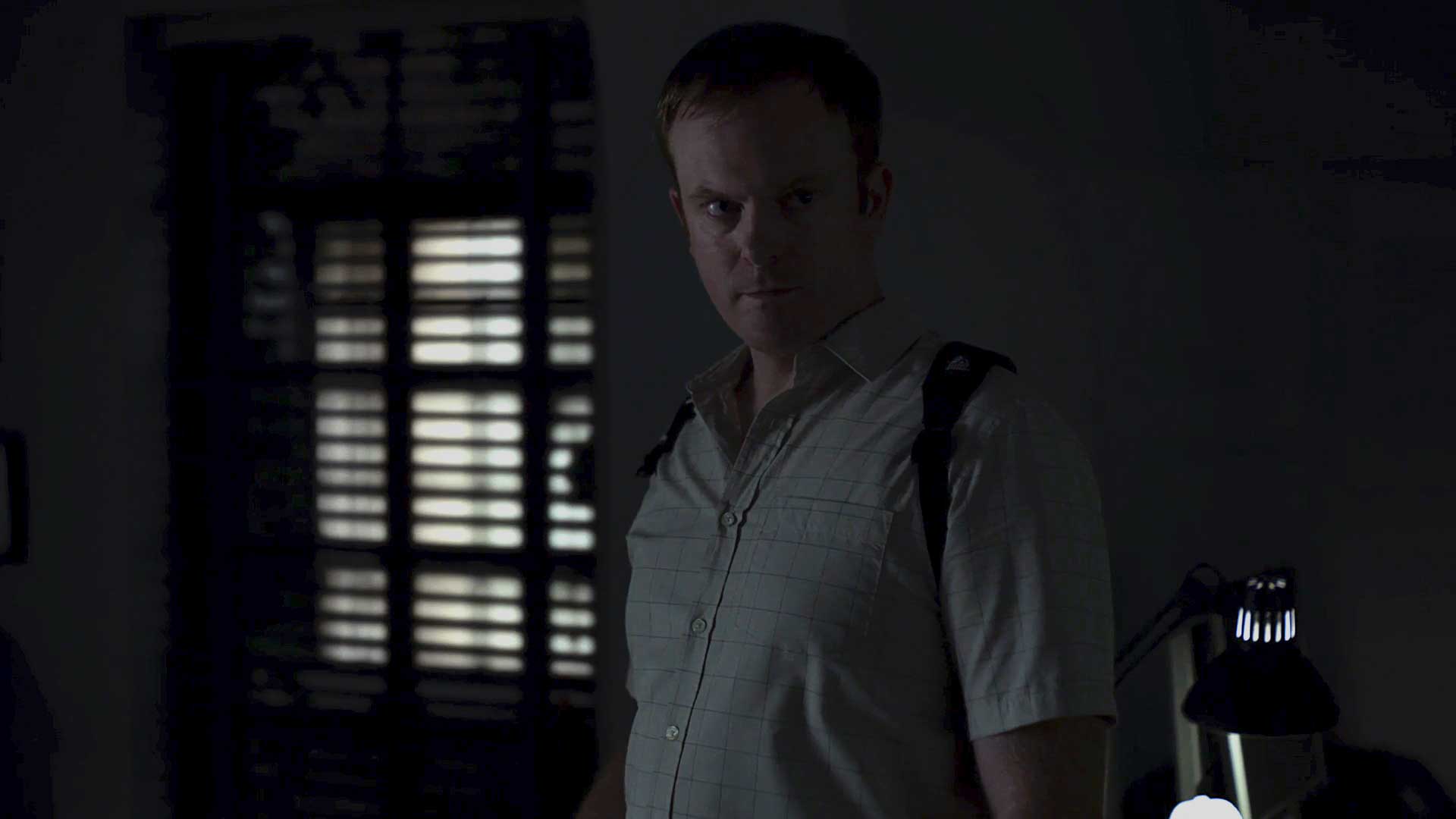 After three episodes of characters going about their daily lives, it finally looks like Jessica Jones has introduced the longer game at play in its fourth episode. We finally have our first look at the show’s primary antagonist Gregory Sallinger, who looks like an accomplished serial killer winding up crossing paths with Jess. Jessica herself isn’t alone as Trish has now gained super-strength and Erik, her new flame, reveals himself as possessing superhuman abilities, teasing a small little team-up of their own.

Erik’s powers of being able to sense the malice in people strongly evoke Bruce Willis’ sensory abilities in M. Night Shyamalan’s Unbreakable. Except here, Erik doesn’t require contact with individuals; their mere presence around him sufficing to fill his mind with a general sense of the kind of wrongdoings they’ve embarked upon. Erik on his part, uses this info to blackmail people into handing him money, a shameful act that he had pulled on three people recently. Jessica decides to confront each of them once it’s clear at the end of last episode that the killer was out to bump Erik and only accidentally ended up stabbing Jessica.

For comic book fans, yes, Erik is a character from the comics called Mind-Wave and in case you don’t want to spoil yourself, skip this paragraph. He possesses telepathic abilities and, surprise surprise, frequently uses them to commit dastardly crimes like robberies. In a sense then, this is a neat twist on the character since he does rob people here, except those people are far from innocents and he uses the money to free his gambling debt. It’s too early to tell whether or not the show will take the route of the comics and Mind-Wave will emerge as the main antagonist, much in the same vein as Cottonmouth was the promoted baddie but Diamondback was the real threat in Luke Cage Season 1.

Jessica’s investigations once again take up most of the episode, living up to Melissa Rosenberg’s treatment as treating Jessica Jones as more a detective show than a superhero series. Her efforts finally do lead her to a certain Gregory Sallinger who gives off a very Hannibal vibe, with his multitude of achievements, degrees and interests in his short life. Benjamin Walker does a fine job of conveying an eerie sense of dread through his performance even as he fails to sell us on the character’s excellent physicality which his wrestling trophies imply. Still, he should pose a worthy threat to Jones in the ensuing episodes thanks to his cunning, scheming ways that are best suited to combat a detached, disoriented individual like her.

What’s a bummer though, at least at this point, is that it doesn’t look like there’s a direct, stronger connection between the antagonist and Jessica’s past. Unlike Killgrave or say, her mother, it looks like this guy was after Erik and Jessica happened to come in his way. I’m unsure at this point if the final shot of Sallinger having killed someone in cold-blooded fashion was Detective Costa; if so, that could provide some solid motivation as Costa was one of the few guiding forces left in Jessica’s life. In earlier seasons, I could imagine Sallinger coming after Trish but given her ascension of power, I’m doubtful she’s in any sort of imminent danger yet.

Malcolm and Jeri Hogarth continue their employee-employer dance. Hogarth remains initially conflicted about throwing Kith’s life into chaos just so she could have her lover back. Eventually though, it appears she gives in upon sensing the prospect of the kind of life she could have with Kith. Malcolm for his part, finally puts his negotiation skills to the task and at least extracts a higher pay-package for all the shady stuff he’s pulling. It’s a twisted way of viewing an employee’s frustrations when asked to do something scrupulous by his boss, no questions asked. I’m sure a lot of us can sympathize with Malcolm on the verge of quitting (he offered to leave). Again, it looks like the show is biding with time before throwing these characters into the mix of the central plot but it’s entirely possible that like Season 2, that never happens.

This was a noticeably shorter episode, perhaps the shortest of Season 3, and it was only for the best. Jessica Jones is taking it really slow when it comes to delivering the big blows and it’s only now, four episodes in, that we’re beginning to get a general sense of where the long game is. Sallinger has a lot to live up to since Jessica’s line of foes includes some heavyduty names including Season 1’s Killgrave. That said, it’s still possible Sallinger is just a decoy and the show’s real villain proves to be someone from the comics, if showrunner Melissa Rosenberg is all about comic-book accuracy that is.