Jessica and Trish put their differences aside to track down a new serial killer in tow, as Malcolm’s blackmailing goes awry. 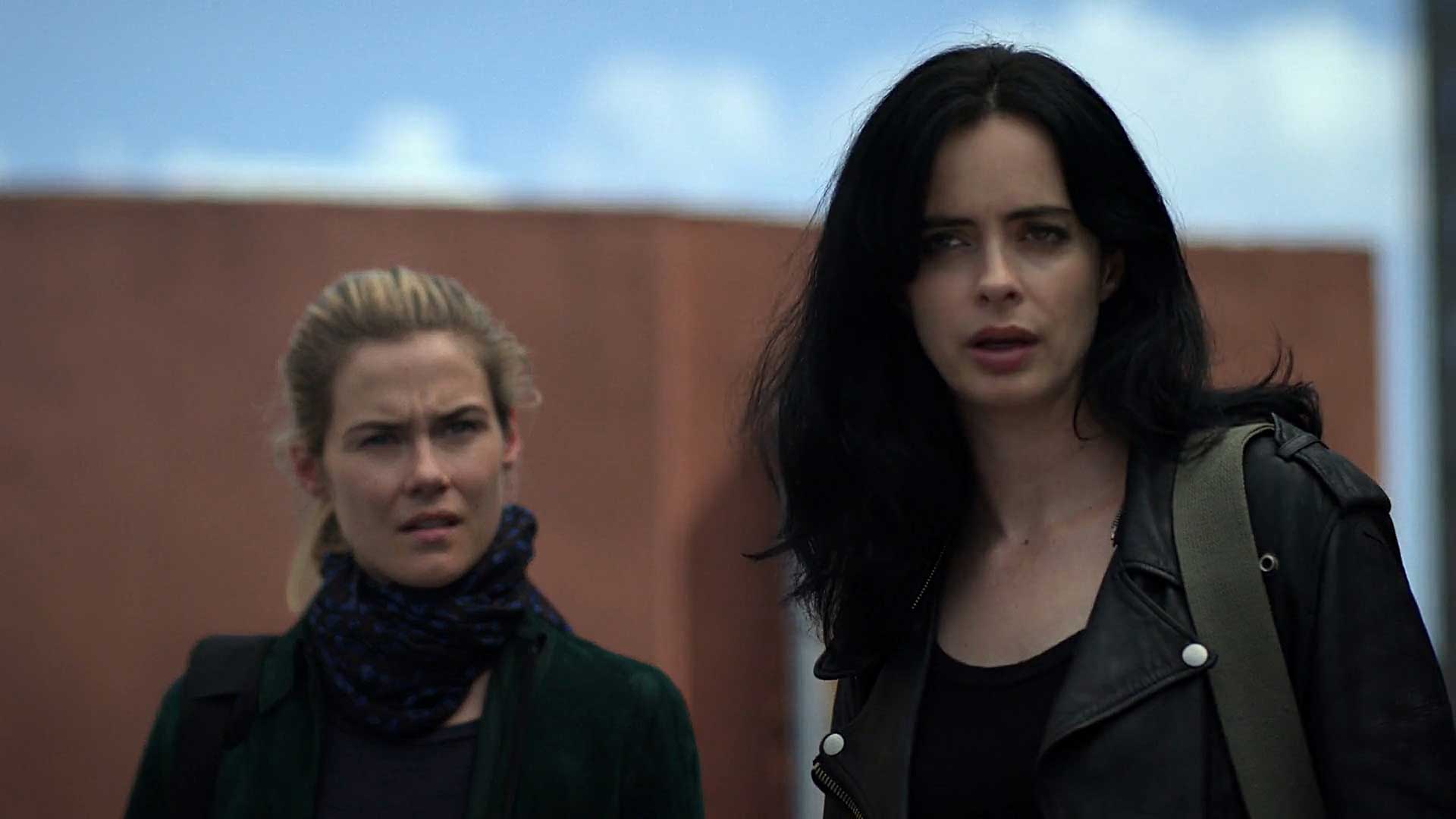 We’re now entering what has traditionally been the middle-slurp. ‘Tis the time when Marvel-Netflix shows take a breather, move into introspection mode and stall their plot, giving us what is the mid-season slowdown until things pick up in the rundown to the finale. Thankfully, it looks like Jessica Jones may not end up adhering to that pattern. After finally discovering a common foe in serial killer Sallinger, Jessica and Trish cast their differences aside and work together toward bringing him to justice. Meanwhile Malcolm’s blackmailing goes seriously awry as Hogarth’s plan ends up coming back to bite her.

Because Melissa Rosenberg likes to take things slow, we’re not treated to an outright patch-up between Jess and Patsy just because a bigger threat is in town. Instead, the duo take their time to settle their differences, Trish more willing than Jess. The loss of her mother at the hands of Trish is a tough pill to swallow and after realizing she can’t really be mad at Trish forever, she does bring Trish in to work with her. Of course Jess being Jess, she realizes it’s not as easy to let the past slide, resulting in some cold shouldering and one-upmanship until they both come to their senses when they’re forced to work together as a team.

It’s no secret by now that Trish is written as being totally into this superhero life. Going on a case and heading straight toward trouble give her an adrenaline rush. Where Jessica believes in pursuing and stalking, Trish throws caution to the wind and loves confronting. She’s always had this animal within her that takes over at life’s more thrilling moments but the duo are poles apart when it comes to their philosophies on superheroes. If anything, Trish would’ve been elated to be a part of the Defenders as opposed to Jess who was just thrust into the gang of misfits. These differences are highlighted in a manner that makes it both, subtle in their depiction and yet, clear enough for the casual viewer to catch all the necessary cues to decipher the tumultous equation and personality wars going on.

I kind of feel for Malcolm in this episode. The dude was just doing Hogarth’s bidding and now, thanks to his efforts, Kith’s husband slits himself. Not the one to go down without a fight, Peter uploads an online video implicating Hogarth in his suicide. Naturally, Malcolm is scared to his wits for Hogarth could pin it down on his “employee” and make him the scape goat here. To top it all, Erik leaves his estranged sister with Malcolm for her safety; I wonder what his newfound steady girlfriend will have to say about that. For whatever it’s worth, Malcolm taking her in was a stupid move.

It doesn’t come as any surprise that Hogarth’s play was to get Kith by her side. Carrie-Ann Moss has been wonderfully restraining with her playful interludes, conveying decades worth of longing in a few, subdued interactions. The resulting demise of Kith’s husband certainly caught me off-guard though. It’s hard to believe this is the last we’re seeing of Sarita Chaudhary; could she end up enlisting the services of Sallinger to bump Hogarth off? If so, Hogarth could hire Jessica to protect her, which is how the two disparate plots could merge together. Of course I understand all episodes are out but it’s fun nonetheless to speculate on future plot points and then go back and revisit this with wishful eyes.

Erik on his part has been acting weird and it looks like the show could be dangling between whether he’s the good guy or bad guy thread for a while now. At this point, I fully expect Erik to be on Jessica’s side apropros. However, given his comic origins, one can’t truly predict what end of the spectrum he’ll end up on. His interactions with Sallinger do have the element of whether he was lying about what transpired between the two. It could take a few episodes for the show to answer that.

Jessica Jones finally saw significant movement in all its subplots, shifting its characters a few steps ahead in the Netflix chessboard. Jess and Trish had some working out to do but it looks like they’ve sorted out their immediate differences and should work together to nab Sallinger to book. Sallinger on his part, continues to fascinate and has great potential to be explored in the remainder of the series. Trish looks set to don the Helicat mantle sometime in the future and she’s not going to stop until she does. And Malcolm and Hogarth have gotten mixed up in their own soup as Peter’s unexpected suicide threatens to derail their entire blackmailing scheme. An enjoyable episode overall that sets the tables for interesting developments ahead.