Jessica Jones fleshes out its antagonist as our heroes close in on his location. 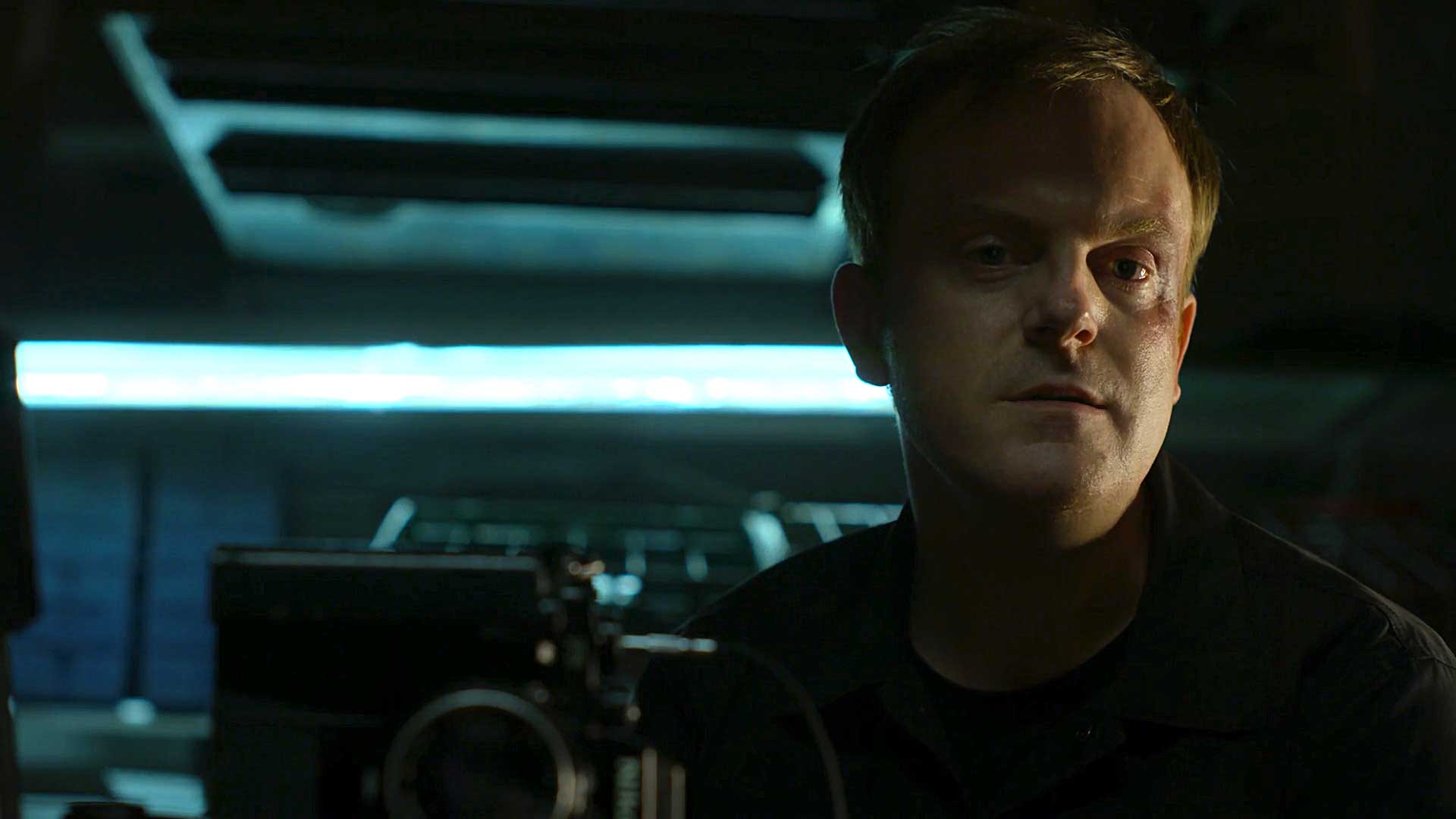 Jessica Jones moved quite a bit in its sixth episode as it fleshed out its newfound antagonist Sallinger while also ensuring our heroes moved in closer toward nabbing him. Malcolm’s subplot took a bit of a backseat even as it gave us a neat Marvel-Netflix reference. The plot overall saw considerable movement although by the end, it looks like we may be back to square one.

The focal point of the episode was Jessica and Trish looking to nail down Sallinger’s location as the serial killer had Erik holed up in an abandoned warehouse for most of the episode. His interactions with Sallinger were the episode’s highlight as we saw some of the issues that twisted Sallinger into his current state. They primarily have to do wih a troubled childhood plagued with a heightened sibling rivalry exacerbated by a father who always hated him. Now, it’s entirely possible that much like the Joker, Sallinger is faking his own story with the actual truth being something else but it’s refreshing to see some insight into an antagonist who’s already so late into the game.

It was also disturbing to see the effect a sinner has on Erik when they come close enough. In this case, Sallinger pained Erik enough to cause him to bleed and almost lose consciousness. Trish and Jess do their best to rush the investigation but enter a roadblock when in an a-hole move, Jessica reveals Trish’s powers to her mother, leading to a highly emotional scene where, for once, I feel sorry for Trish’s mom (probably the only time she’s come across as sympathetic). Trish on her part continues her razor-focus into getting out of the Patsy life and launching herself full-on into this superhero world that Jessica doesn’t care a damn about.

Might I add that it was incredibly stupid of Malcolm to hook up with Erik’s sister just to bust some stress? I mean, I was hoping he wouldn’t resort to that and had straightened up but it sounds like the show is setting up Malcolm for an epic fail and might get him back to where he started. Or, and this sounds much better, he could wind up working for Jessica’s Alias Investigations instead, which he partly did in Season 2. Either ways, Malcolm’s struggles are probably the show’s most identifiable parts simply because they reflect typical middle-class issues as opposed to the rare scenarios that our heroes are dealing with.

It also feels a bit contrived that Jessica and Detective Costa (who I incorrectly thought had succumbed to Sallinger’s blade) to need hard evidence to nail the suspect down, as much as it is convenient for Sallinger to not leave any DNA traces behind. But then, that’s how the show must go on, otherwise we’d have the Sallinger saga wrapped up so easily. I’m quite surprised at how quickly Jess and Trish were on this maniac and managed to put him behind bars. The other side here is that Jessica Jones is going for a lot more realistic tone and as is the case with reality, sometimes things take a while to sort out and sometimes they wrap up quickly enough. We’re seeing both these angles at play here.

On the whole, this was a pretty good episode of Jessica Jones that advanced the plot forward and sent out a clear message: putting Sallinger behind bars is going to be a lot tougher than our heroes thought. And there was a neat reference to the larger Marvel-Netflix universe as Rand Enterprises played an important off-screen role as Danny Rand’s name was brought up. This kicks off the second half of the show, which will hopefully live up to the good enough start that we’ve had.