Jessica Jones Season 3 Episode 9 Review: AKA I Did Something Today

Jessica is forced to act against her will as Trish tries to move on from an emotional loss. 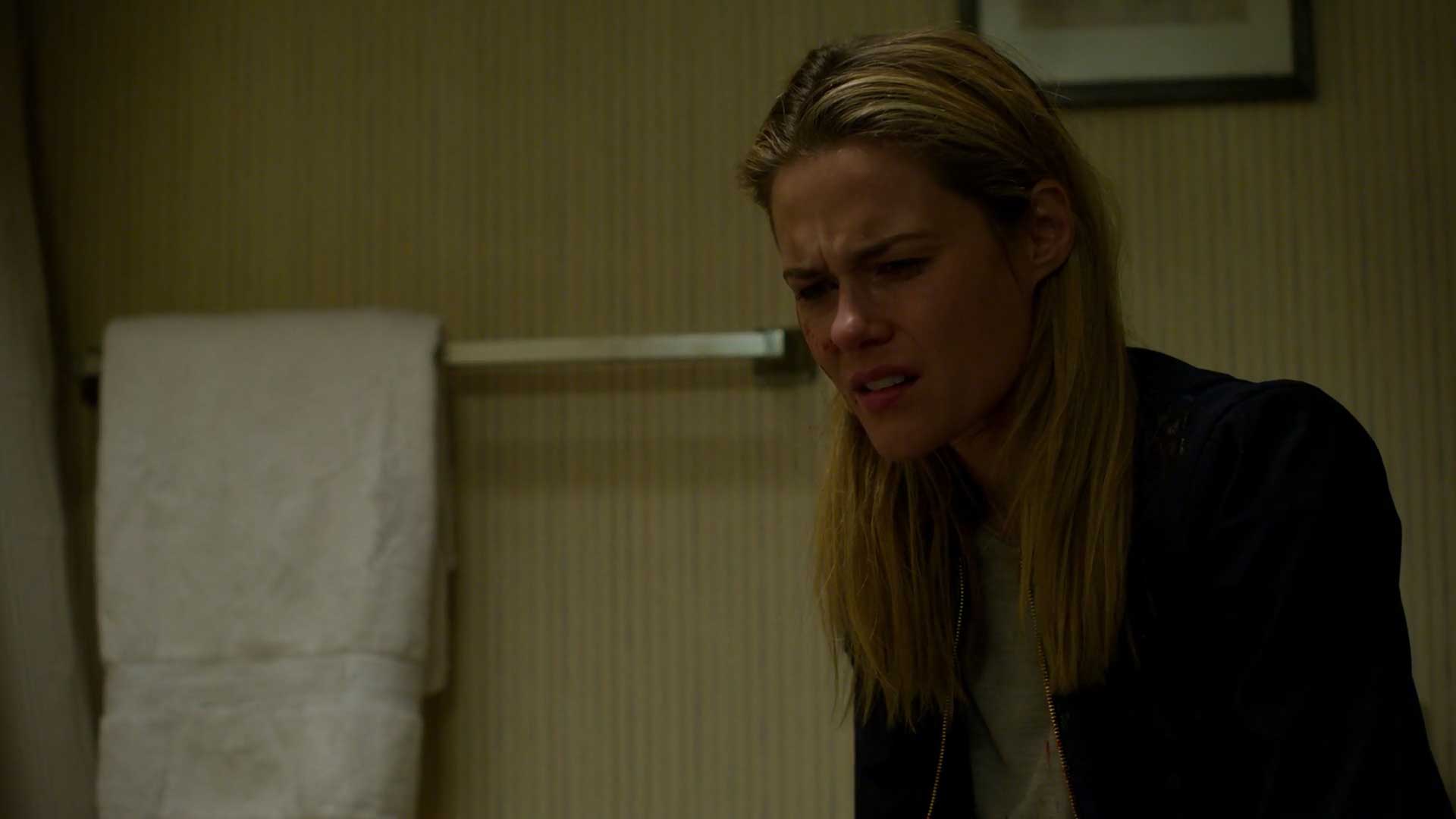 After last week’s gut-wrenching climax, Jessica Jones settles down a bit, but not by much, as Jessica is forced into something that completely goes against what the gang has been aiming for. Meanwhile, Trish continues to move on after suffering a big loss as Malcolm takes a bold career-breaking decision. We also see the return of some characters who’ve been missing for the past episode or two.

Dorothy’s harrowing death completely breaks Trish as expected and she (hopefully) begins to realize the follies of revealing her superhero identity. In one of the few instances of secret identities in the Marvel Cinematic Universe, both Jess and Trish realize it’s important for Trish to remain masked. Taking advantage of this, Sallinger threatens to expose her unless Jessica consents to destroying evidence implicating him for one of his earlier crimes. I almost squirmed at the thought of seeing Jess plough through an entire episode undoing what they strived to make happen in the first place but again, taking a cue from reality, Jessica Jones proceeds with the ugly path forward.

The loss of her mother also changes the dynamic between Jess and Trish in some interesting ways. In the opening sequences, we see Jessica bathing Trish Walker as she’s nude in the bathtub, the equation between Rachael Taylor and Kristen Ritter echoing more of a mother-daughter relationship in that moment than two superheroes with issues. In that instant, Jessica truly steps up as Trish’s elder sister, the motherly figure Trish needs in that hour of mourning. It’s a neat way of portraying the good inside Jessica; despite all her talk about not giving a sh*t, clearly she gives some for Trish, as she also explains in an emotional outburst in the show’s later moments.

But hey, Erik is back. After successfully managing to put his sister in a safe place, his return proves useful as he blackmails a cop on the inside to get them access to the precint to do their dirty work. In one of the finer moments of character development, Erik gets to narrate a flashback and flesh out his entire arc, including a troubling, traumatising explanation for why he doesn’t use his powers for good. Seeing their family dynamic broken at this level is indeed painful to hear and Benjamin Walker sells the horror of the situation exceptionally well, without resorting to any actual flashbacks.

One of the things Jessica Jones, or any Marvel-Netflix series for that matter, does so well is give its smaller, insignificant characters moments to shine. People who otherwise might have just been stock individuals feel like fully blown personalities, with their own troubles, quirks and unique traits that make them feel more human. Costa is the best case in point; after his bothed attempts at uncovering evidence on Sallinger, not all of it his doing, the department essentially sends him on an extended leave, taking him off the case. In that moment, you genuinely feel for the guy thanks in part to a combination of the spectacular writing, effective direction and John Ventimiglia’s nuanced performance, all of which make the pain of a man let go of his job just for abetting a vigilante superhero feel real. We’re also introduced to a few cops who play minor roles and yet again, the stellar writing makes sure we empathize with them and they feel like people who could actually exist, instead of just red shirts mouthing lines.

We’re at a point where characters are being forced to make touch choices and in the end, decide to do what must be done anyway. The episode’s title revolves around Jessica and Malcolm in that sense; both take decisions that spur their actions largely on their own accord and end up doing things that could take their lives in a wildly different direction. It may not work out for the best but they’re taking a stand on what they believe in. The contrast here is Malcolm’s actions are entirely sprung out by his own intentions whereas Jessica’s hand is forced by Sallinger, even as she is the one who eventually decides to concede to his demands.

As for Sallinger himself, his clawed face makes it clear he’s playing a villain from the comics as well, or an amalgamation of villains in this case. It’s easy to look him up but let’s wait to see what the show does to him before giving away his entire bio. It’s also nice to see Kith back which gives Hogarth some substance to act out. Carrie-Ann Moss is simply brilliant at emoting with the smallest of gestures and the way she blushes at the mention of Kith like a love-struck teenager is simply mesmerizing to watch. A lesson in acting, if you will.

It’s now down to the final four episodes and with them, Jessica Jones is about to enter its last leg. This is generally the time when the Marvel-Netflix shows tend to pick up quite a lot and based on the way things ended, it sounds like we’re headed towards an intense finale. It’s been fun reviewing Jessica Jones thus far and I’m looking forward to see how it ends from here.