The filmmaker talked about the process of filming the movie in a detailed set visit report. 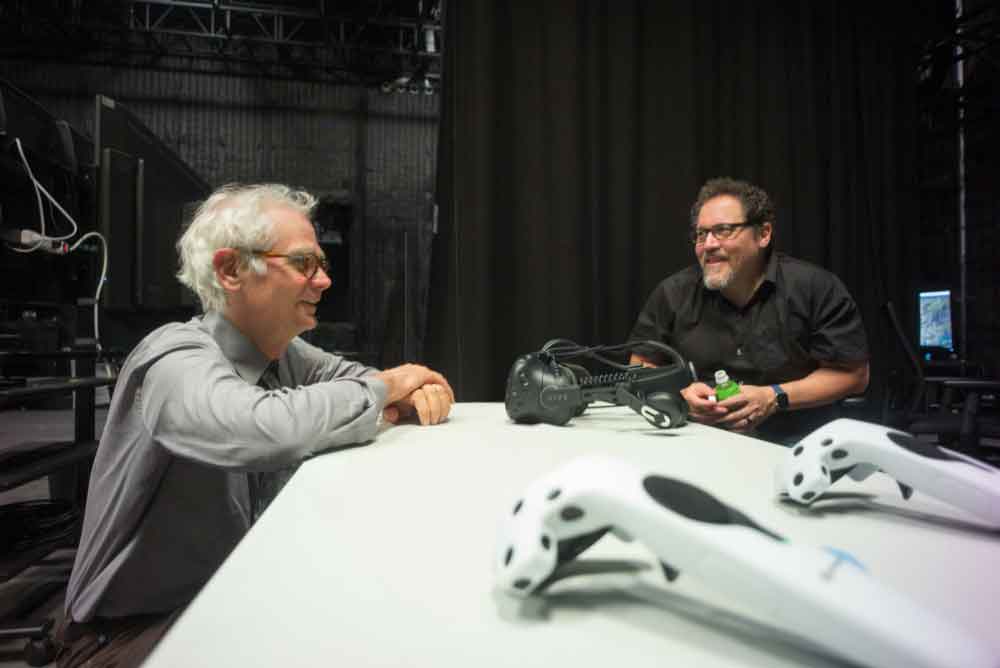 Back in 2017, Disney invited a select group of journalists to visit their Playa Vista compound in Los Angeles where The Lion King was being “filmed”. Set visit reports from that tour are beginning to pour in and there’s plenty to be gleaned from the detailed accounts of interactions with Jon Favreau that outlets have posted. Among the many interesting things to learn is the incredibly fascinating yet technically challenging process of shooting The Lion King which demanded elements of filming both animated as well as live-action films. No wonder then that The Lion King doesn’t really fit into either category cleanly.

“It’s really a lot like being on a real location, and doing a rehearsal. It has the feeling of a live action shoot, because that’s the way I learned how to direct,” says Jon Favreau when describing it to those privy to the visit. “It wasn’t sitting, looking over somebody’s shoulder or computer. It was being in a real location, and there’s something about being in a real 3D environment that makes it, I don’t know, just the parts of my brain are firing that fire on a real movie.”

And yet, in another anecdote, the filmmaker compares some of the process to that in an animated movie, stating, “Our process looks a lot like an animated film, up through layout. Instead of going to layout where we’re over people’s shoulders, we come into this room, and then it becomes a live-action production, as far as the workflow, the creative process. And since all of the decisions are made based on the actor’s performances and reference of animals we put that together and we create an animated sequence in short chunks.” Perhaps its safe to call The Lion King a CGI movie at this point.

Coming to the process, it’s a lot reminiscent of the way James Cameron shot Avatar with some modifications. In this case, Favreau and his team were able to strap on a VR headset and transport themselves into the movie’s digital world. There, Favreau could direct the film just as he would a live-action one, with some enhancements such as being able to make notes in the air or using laser pointers to indicate certain changes. The digital set would be shaped according to his requirements and fuel the keyframe animation of all animals (they refrained from using performance capture to avoid animal discomfort). The crew went further though, importing their real-life filmmaking equipment and retooling them for the digital environment, while embracing the essence of making a live-action film. This meant cinematographer Caleb Deschanel still had dolly tracks to work with and could pan and capture shots as he would in a normal film, only in a different setup.

By having the tools here, like having a dolly with somebody who’s a dolly grip and as cinematographer operating the wheels, and having all people that would be on a real set, you have the same communication, the same chain of command, the same rhythm to the day. And also little things start to happen because this is all key-frame animated based on real animals – we don’t do motion capture for performance, because we don’t want to do it. We don’t want to put markers on animals, we don’t want to involve live action, live animals in this. In Jungle Book, we didn’t have to. I think that’s a nice next step for movies, is to leave the animals alone.

By using this approach to filming, Favreau and team were actually able to get several “takes” of digital performances and then send them as dailies to the editor for selecting the best ones. This allowed a level of naturalism to seem into an otherwise visual effects heavy production that gave Favreau the creative freedom they yearned for, while preventing him from being locked into takes, except in cases of musical numbers which were choreographed and pre-visualized heavily down to the last beat.

If Caleb is communicating to someone operating a crane, or a dolly, there’s going to be a little bit of an interplay, almost like musicians working together, where the dolly might move too fast, or faster in one take. So we have to back pan a little bit, or a happy accident happens. And all those little subtleties actually – it’s not anything I think anyone would notice consciously, but it just, you just start to feel like – between the quality of the rendering and the techniques we’re using, it starts to, hopefully, feel like you’re watching something that’s not a visual effects production but something where you’re just looking into a world that’s very realistic.

In the end, Favreau hopes to create something that’s a balance between great VFX and a good story, meeting expectations of all strata of fans, something which will be necessary for a movie as universally appealing as The Lion King. The eventual wish is to recreate the magic that he so successfully captured with The Jungle Book in 2016 to the tune of $967 million worldwide, when no one expected it to be a success at that level.

Just the spectacle of it, of if we can present something like a BBC documentary, on top of telling the story and having those two exist together… It’s nice to 25 years later, tell a story that still feel very relevant and music that really holds up to a new generation and introduce kids to it, and take full advantage of what’s available on the big screen and make a case for people to actually go to the movie theatre.

The Lion King bows down in theaters on July 19. With the posters and these set visit reports coming in, it looks like a new trailer should be on the horizon.

Godzilla 2: King of the Monsters Scores 88% With Rotten Tomatoes Audience