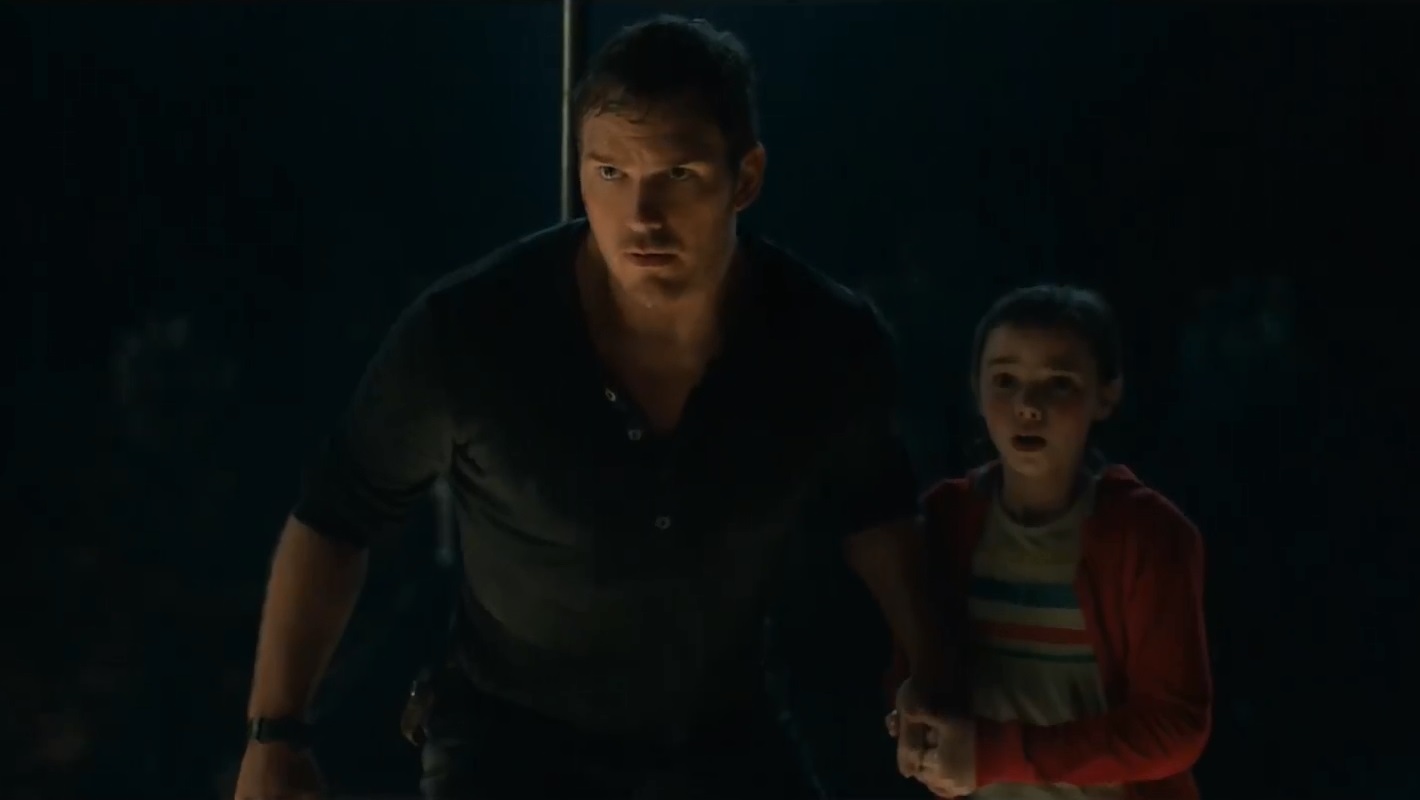 Last week, Universal Studios teased a new incoming trailer for Jurassic World: Fallen Kindgom. That trailer has now arrived along with a deluge of information that seems to have officially kick-started the marketing campaign for the movie as it hits theaters in three months. The trailer, while having a much more thrilling and chilly vibe than the first one, gives plenty of stuff out from the third act of the film and even features dialogue that sheds light on some unheard plot elements, including the main conspiracy theory at play here. We’ve embedded it below for your viewing; watch it with caution.

Right out of the bat, it’s nice to hear yet another rendition of John Williams’ now classic Jurassic Park theme (it never gets old). Thanks to this trailer, the reasons for Owen and Claire being sent on the rescue mission become somewhat clear. As it turns out, the conspiracy at play here involves somehow harnessing Owen’s prowess in controlling and taming dinosaurs and using it to possibly create an army of creatures at the military’s disposal, one that it will either use to combat threats or for their own nefarious purposes. To that end, they send Owen and Claire to rescue what’s left of the dinos from Isla Nublar which has since been lying dormant after the events of Jurassic World. The entire operation is projected as a “rescue” mission to prevent dinosaur extinction and the duo essentially get taken for a ride. By the time they realize what’s at stake, they work out a way to stop this madness from coming true.

Of course several mysteries still remain. Like how exactly does Jeff Goldblum’s character Ian Malcolm come at play here? Does he even have a full-fledged role which the filmmakers are saving for the movie or does it amount to nothing more than a glorified cameo? How exactly did Dr. Henry Wu make it out of Isla Nublar? And how exactly do you “rescue” a pack of dinosaurs and bring them back to the city? What will also be interesting to see is just what motivates Owen and Claire to save a bunch of genetically engineered dinosaurs, despite being privy to chaos they caused during the events of the first movie.

This trailer is definitely more heavy on highlighting director J. A. Bayona’s horror sensibilities although I’m afraid it may have already spoiled most of the movie’s scary moments that would’ve best been experienced for the first time. The visuals look better although with the dull color palette the trailer sports, it’s hard to really dissect the nuances. The Mosasaurus sequence underwater with the creature hidden beneath the giant wave should be a treat to view on the big screen. We’ll be on the lookout for a higher-quality version as soon as it hits the web and will share some screenshots along the way. In the meanwhile, feel free to let us know what you think of this new and, judging by Universal’s branding, final trailer for the latest Jurassic World movie.