Feige was supposedly a regular, down-to-earth guy who never let the rich life get into his head. 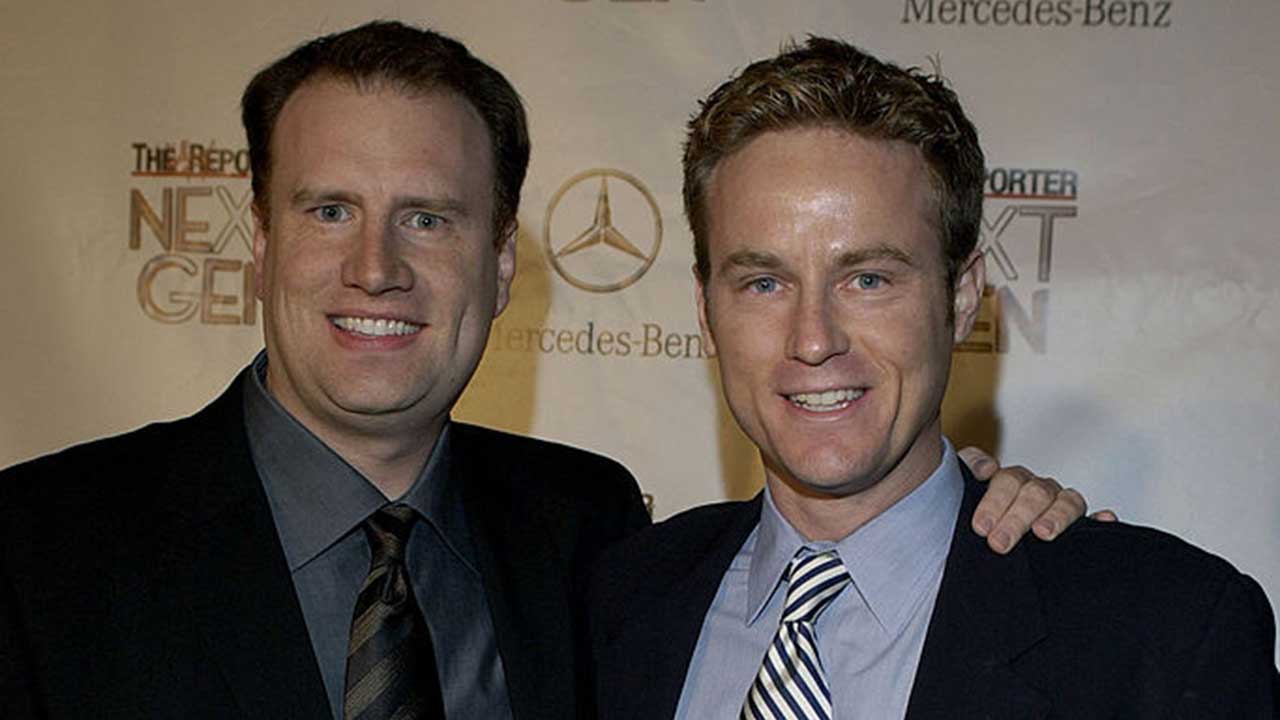 As Avengers: Endgame dominates the conversation thanks to its recent trailer, some interesting details have emerged about Marvel Studios President Kevin Feige’s childhood. Now before you begin anticipating any scandalous reveals, be forewarned, you will only be meted with disappointment. Of course none of this information has been verified yet but it’s written in a convincing, lucid manner that, when compared to the image of Feige we’re already familiar with, paints a man who we can all identify with and sounds like it is the real deal.

The information comes courtesy Reddit user u/Fishmike52 who claims to be a childhood friend of Feige, whose love for Marvel comis began at the age of 9. A while later, he’d go on to befriend Feige who he described as just another dude, laidback, someone who never whined and was totally into comics. And here’s the fun part: Feige had big red hair over his head, something fans will obviously find difficult to digest given the bald look they’ve grown used to seeing Feige with.

Needless to say, Feige loved the world of comics to a fault. He’d have heated debates with his friends over such topics in comics as which among Captain America’s Vibranium Shield and Wolverine’s Adamandium Claws is stronger. Supposedly, his mother kept the worst snacks, which is one of the only “negative” things u/Fishmike52 had to say about Feige.

He also added that Feige preferred Marvel Comics over DC. But before fanboys jump on the Marvel vs DC bandwagon again, rest assured Feige’s reasons were rather genuine. Feige believed in flawed heroes, ones he could relate to. DC’s heroes at the time including Batman, Superman, Wonder Woman, Aquaman and others were otherworldy mythical beings ranging from Gods to Aliens to super-powered individuals to beings belonging to two distinct worlds with Batman perhaps being the most “relatable” but scaled himself to the peak of human fitness. Marvel’s heroes on the other hand were flawed, with real world struggles. Thus Peter Parker worried about his high-school crush, paying the month’s rent and getting a freelancing job while Iron Man could get drunk and screw things up. It’s one of the aspects of comicbooks they had long-ranging debates in.

I guess it’s easy to look at how all of this lines up with the general impression we have about Feige. It’s highly unlikely we will ever get any proof of these claims. Then again, there’s nothing largely revelatory or scandalous to warrant a justification and damage Feige’s reputation. If anything, it only endears Kevin Feige to us fans as a man of the comics, something which reflects in the Marvel Cinematic Universe movies that he ends up producing.

Here’s the complete text from the Reddit post reproduced in its entirety. Be sure to check out the relevant thread along with some interesting comments discussing the same.

I had one close friend in grade school who liked comics as much as I did. Kevin Feige. Just another reason these movies are so special to me

As a 45 year old father of 3 I can’t tell you how special it is to see a new generation fall in love and embrace these characters that are cornerstones of my soul.

I was 9. I had a buddy in school that year tell me about the X-Men and Wolverine. This was a special thing because he was the only dude in comics willing to kill another dude (Wolverine, not my friend Rasheed who was really nice). That was just so bad ass and hardcore that my soon to be 4th grade self had to learn more. Thus kicked off the love affair I would come to have with Marvel comics.

I immersed myself in those stories and they carried me through so much I can’t even tell you. One thing that was tough during those years was my best friend Brian’s parents got divorced. This was a disaster as it meant my across the street bud was moving across town to live with mom. Turned out to not be the end of the world (or even half its population) as I still saw some of Brian on weekends and summers. Even better a couple years later we were reunited at Edison Junior High to start 7th grade. I immediately picked up his friends and things were good. His friends were great fits. They all skated and we loved our boards in the 80s (Vision Ghost and Tony Hawk for anyone asking). One of his friends Kevin was actually into comics as much as I was. However not all our conversations went well.

Kevin was a great dude. Laid back. Didn’t whine. He was quirky. I don’t ever remember him wearing jeans. He always wore those cargo pants, and this was kinda before cargo pants were a thing. He had this really big head of red hair. We didn’t hang at his house much (and here comes some family dirt). His mom kept TERRIBLE snacks in the house. It was like why bother. It’s possible he didn’t have cable either although I can’t confirm. It didn’t matter much where we hung as we mostly just rode our bikes and boards around. Know what else I remember about Kevin’s house and family? Nothing… because it was nothing of note. He was just one of the dudes. This is what makes this special for me. No crazy huge house (and there were plenty in our town), no fancy cars, clothes… just one of the guys.

Now while we shared a love for Marvel it pretty much ended there and often we couldn’t even talk about the books for days at a time. We had WILDLY different takes on various important topics like Avengers vs. X-Men and Cap vs. Wolverine. We would argue all day and get pissy. We would curse at each other like stupid 13 year olds do. Him telling me nonsense like “Cap’s shield is stronger than Wolverine’s claws.”

As if!?!?! Me barking out “what the hell is a super soldier man? Like what even IS that???” while Kevin’s eyes showed that I had crossed over into blasphemy.

We certainly never had any falling outs. Those debates were spirited and relished by both us. Eventually we just drifted apart as kids often do. We didn’t hang out a ton at Westfield high school. When we did chat we would talk books and movie prospects. Kevin was one of those kids in high school who was true to himself. He did was he wanted to do. He was a good kid. He had good friends. He wasn’t into BS, he wasn’t stuck up (south siders never are), he was literally just another dude doing his thing.

But he loved the books.

And as these movies started coming out I saw his name. I thought naaaa….. and then I saw some interview and holy shit that‘s our boy! I didn’t follow his career. I still don’t. I am sure he’s living in a vastly different world than I am and that is totally OK. It was great to catch up with Brian some time back and chat about Kevin and just how great it is to see one of the dudes you spent summers biking and skating with doing what Kevin Feige is doing. It’s the ultimate follow your dreams story and it happened right under my nose.

A few tidbits: One of the things we always agreed on was how much DC sucked. Why? Because you couldn’t get behind those guys. They were too perfect. We both loved the notion of the flawed character and that is what drew us in. Spider man ate PB&J and had mad woman issues and often couldn’t make rent. Stark was such a drunk he couldn’t be Iron man anymore so James Rhodes had to step in. The mutants were outcasts, Thor had a stand in so on… the point is I don’t know how much of this is Kevin’s direction or not, but these movies are true to what we loved about Marvel. The flawed and approachable hero. That things change. The point is these are truly the heroes I grew up with. It’s no shock to me to see life breathed into them from a true fan in every sense of the word.

My 2nd marriage is with someone I went to High School with. Some years back we were watching the credits on one of these movies and Christine says to me “didn’t we go to school with a Kevin Feige?”

Anyway I hope you enjoyed the story. It’s a special thing for me to share these movies with my kids. My 15 year old son and I see every one of these movies and usually see them multiple times. I am not only sharing a slice of my childhood with my kids but I am reliving it with each new movie. The sentiment runs even deeper seeing them produced by a kid I rode bikes and skateboards with for a couple years while we argued powers, tactics and defended our heroes like they were holy.

Real or Fake? Too good to be true? Let us know what you think of this story about Kevin Feige’s childhood in the comments below.