Despite a slow start, The Punisher ends the premiere with a brutally choreographed fight. 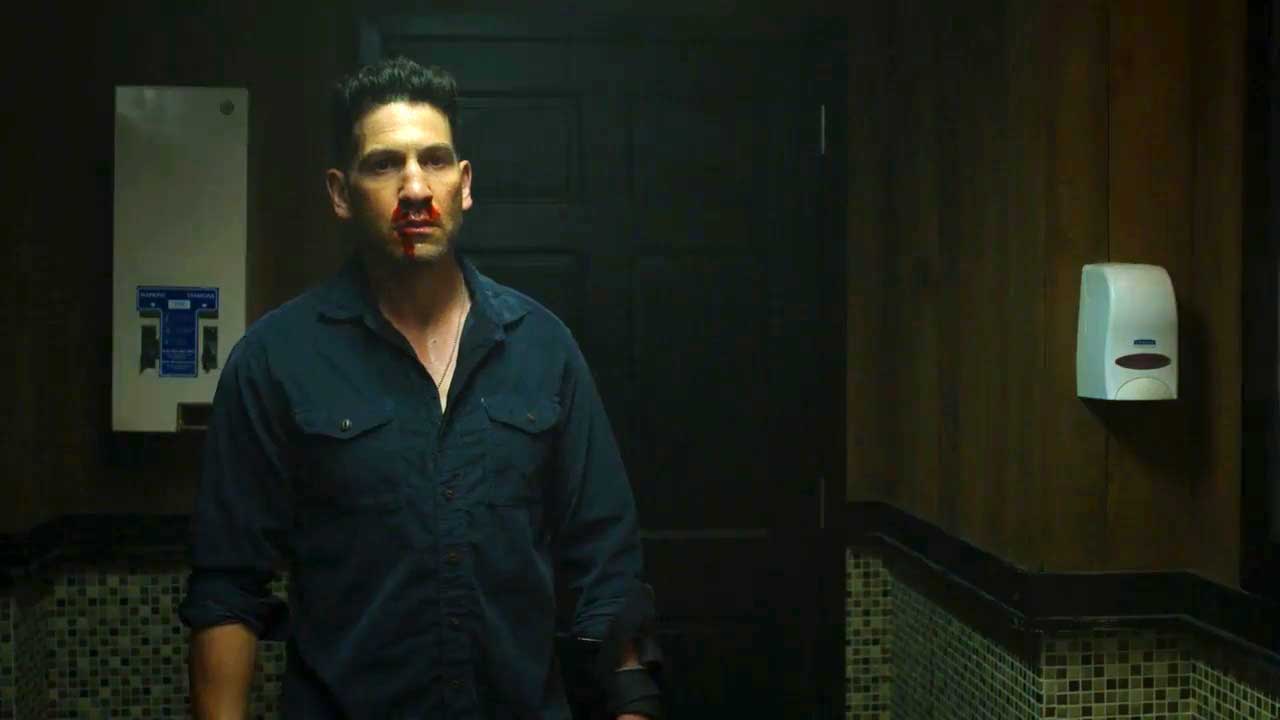 The slow-burn syndrome is in full effect right away in Marvel’s The Punisher Season 2 premiere episode. More than half the episode is spent with characters interacting with each other and trying to forge relationships as the show sets us up for a new conspiracy about to engulf Frank Castle. However, The Punisher closes out with an immensely satisfying and intensely brutal fight that comes pretty close to topping the phenomenal hallway fight that Castle was a part of in Daredevil Season 2.

A lot of the episode is pretty standalone and save for brief references to Frank’s past and the final few minutes, there’s barely any connection to the events of Season 1. Micro and his family are entirely missing (as I presume they will be throughout the season) as Roadhouse Blues takes us on a new journey, with Frank trying to ease himself into a normal life. I did find it rather strange that Frank successfully hooks up with a girl he bumped into at the bar considering how firmly attached he was to his wife (and still probably is). That doesn’t mean Frank does not deserve a chance to move on romantically though, it’s just that it felt a tad too early linking him up with Beth, never mind Alexa Davalos does a fine job of making her seem fleshed out without any elaborate backstories for now.

I suspect the showrunners were aware that this is a slow-burn episode, and so deliberately threw that cold opening of Frank trying to escape with the as-yet unnamed woman he rescued from a gang of combat-trained assailants. It takes quite a while for us to get there and I believe the writers understood that some viewers might just turn the TV off if they weren’t aware that something action-packed was due in the episode. Frank and this girl keep bumping into each other and you truly get the sense that Frank is sort of looking for trouble as much as trouble comes looking for him.

This is one of the highlights of the episode that I believe showrunner Steve Lightfoot is looking to build upon. Traditionally, the Punisher has been an out and out anti-hero, doling out death as punishment to proven offenders (or at least those he considers guilty). Where Season 1 was an attempt to keep the story focused on Frank’s revenge on both his family’s murder and his psychological torment at Kandahar, Season 2 looks like it’ll finally see Frank come to terms with what he really is, a vigilante murderer who might be out seeking justice but doesn’t shy away from delivering it himself. This should give Jon Bernthal some great material to shine in his already excellent portrayal of Frank Castle.

And speaking of delivering justice, we get a fight sequence in this first episode itself that uses a somewhat different style of choreography than the brutal, raw punches delivered in the first season. The entire set-piece runs quite long and is a welcome relief from the preceding awkward sex-montage and were it not for this bar-fight, I was prepared to give the premiere a rather low rating. Not that I don’t enjoy the character moments but they’re always a hit or miss; if you connect with the situations and can muster yourself to pay attention, they’ll definitely come across as somewhat engaging in that they offer a window into the lives of people with otherwise extraordinary abilities. It surely is welcome to see them live like normal people once in a while, if not too often.

So Frank’s now embroiled in a whole new mystery, of which we’ve been told nothing about. And this is not the only battle he’ll be fighting as we see Bill Russo awaken from his slumber, peeking from the classic Jigsaw mask and will in all likelihood serve as the show’s major antagonist. Which makes sense, considering Jigsaw is to The Punisher what Kingpin was to Daredevil or Killgrave was to Jessica Jones. The episode may have started out slow but I’m incredibly excited to get back into the world of Frank Castle and look forward to seeing where they take it from here.

I’m doing individual episode reviews for the second season of Marvel’s The Punisher. These reviews may be a bit heavy on spoilers so read them with caution. Check out my review for The Punisher S02E02 here.