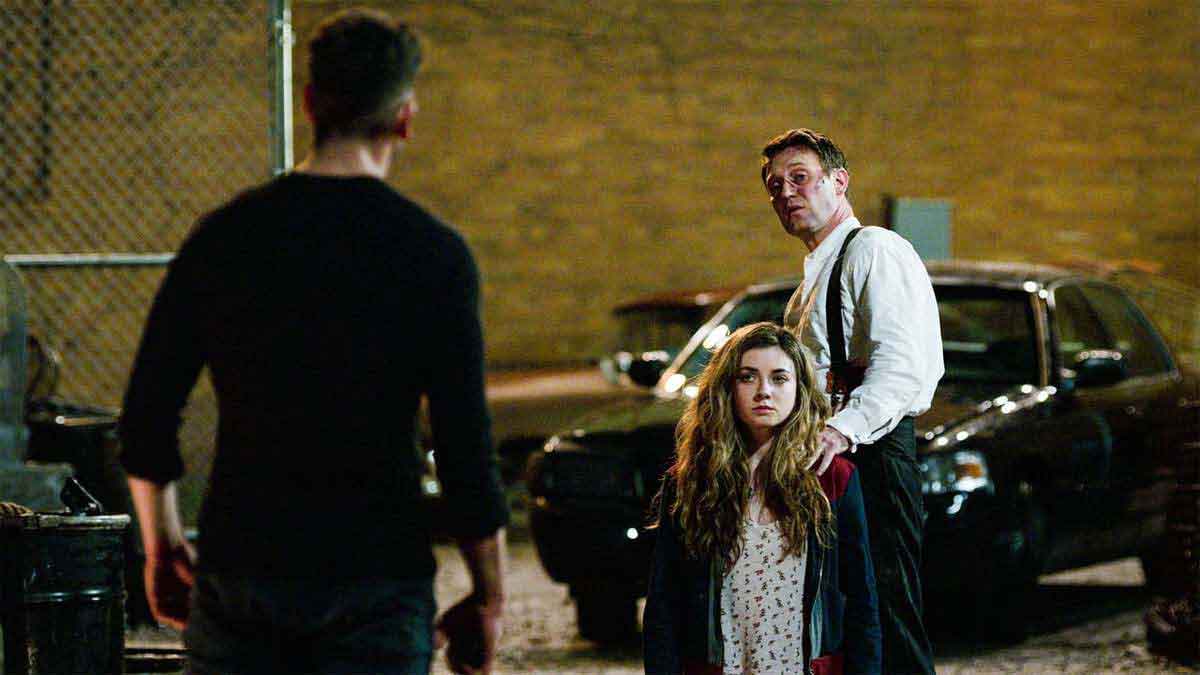 The Punisher Season 2 finale is easily the season’s most balanced and thematically heavy episode yet. While the Jigsaw and John Pilgrim subplots continue to stay separate, the writers navigate through them with far better comfort in this episode, bringing all goings on to an end. It’s not an easy end however since, despite the happy-ish ending, there are several unsettling moments that really make you care for the antagonists as much as the protagonists.

In a surprising twist, the finale is more focused around John Pilgrim’s subplot than Billy Russo’s, so let’s get the latter out of the way first. Weirdly, Russo’s story is basically over for the most part in the episode prologue itself when Madani fires multiple bullets at him. For a moment, it appears as though both her and Russo have killed each other, with both lying unconscious. If only The Punisher were that brave though; not only are both alive and well, even Krista Dumont is alive and hospitalized after her fall. Having all these characters down permanently would’ve left a profound impact but that’s not to be I guess.

The good thing is, this gives us some final few moments with Russo where he first tries to get himself operated, then makes his way to Curtis’ basement. In one of the saddest moments of the show (and arugably deserved as well if we view Season 1 into context), the surgeon dupes Russo, makes away with his pile of cash and leaves him lying in a dumpster to fend for himself. Despite all that Russo has done in the past season, I couldn’t help but feel sorry for him and marvel at the writers’ ability of painting him in a sympathetic light at least in the final moments. His pleas to Curtis are equally poignant and it’s unsettling to see a man so powerful and so crazy pleading in his final moments. The realization of death dawning upon you does something I guess.

Of course Frank Castle gets wind of his location and finally comes face to face with him. Here’s the best part: despite Russo’s pleas to settle things, Frank doesn’t let him finish and shoots him point blank. It’s such a shocking, startling moment, never mind you saw it coming since Episode 1, that you’re left to wonder who was really the antagonist in that moment. In the brief scene, I definitely saw Frank as the villain, and the real Punisher emerging. The Punisher is merciless, ruthless and unforgiving when it comes to killing criminals and that’s what he does in that scene and in an epilogue that really feels like it’s the comic book Punisher being unleashed. Both Jon Bernthal and Ben Barnes are excellent throughout the episode and you frequently forget where the actor ends and the character begins.

There’s one more story to wrap though. Josh Stewart’s performance as John Pilgrim has somehow made me root for him to turn out to be the good guy. Fortunately, that turns out to be the case as Amy and Frank talk some conscience into him and Frank is able to relate to a man who’s sons are hostage to the Schulz family. “What would you do if your sons were in the same situation?”. asks a dejected Pilgrim to Frank, and Frank totally gets it and as viewers, you totally get it. The fight between the two is gruesome to watch, and you have to wonder how many beatings can Frank take before his face reaches a point of unrecoverability.

Speaking of fights, there was a rather inventive hotel room fight sequence where both Castle and Pilgrim fire bullets at each other from adjacent rooms. They only have to rely on sound and bullet holes to get a sense of where at the other end their target is. It’s a thrilling sequence and if there’s one thing Season 2 hasn’t disappointed in, it’s the crazy fights that unleash the full action-hero potential of Jon Bernthal. Although this is one episode where I was able to connect to the talking as well, which otherwise dragged a lot of the prior episodes down.

In conclusion then, The Punisher wraps up its arcs and leaves Frank Castle at a point where, should the show be cancelled by Netflix, he’s fully accepted his transformation into the comic version of The Punisher that he was eventually headed towards. He’s content taking down criminals, living a life as a different sort of anti-hero vigilante and is at peace with himself now that he’s extracted revenge for his family’s massacre. John Pilgrim walks away from the conflict as well and should there be a Punisher Season 3, I only hope they bring his character back with more meat to his arc, perhaps even aiding Frank in his war agains the criminals.

That’s it for our Punisher Season 2 reviews. It’s been a good, albeit slow watch as a fan with a bittersweet ending that leaves the show in a place where it’ll work as a logical conclusion if Netflix axes it. It’s been fun writing these reviews and I’ll probably try and do an overall season review in a day or two. For now, the show’s shaken me enough that I need to get out of that frame of mind a bit into the real world.

I’m doing individual episode reviews for the second season of Marvel’s The Punisher. These reviews may be a bit heavy on spoilers so read them with caution. Check out my review for The Punisher S02E01 here.