The Punisher begins digging out of its slumber 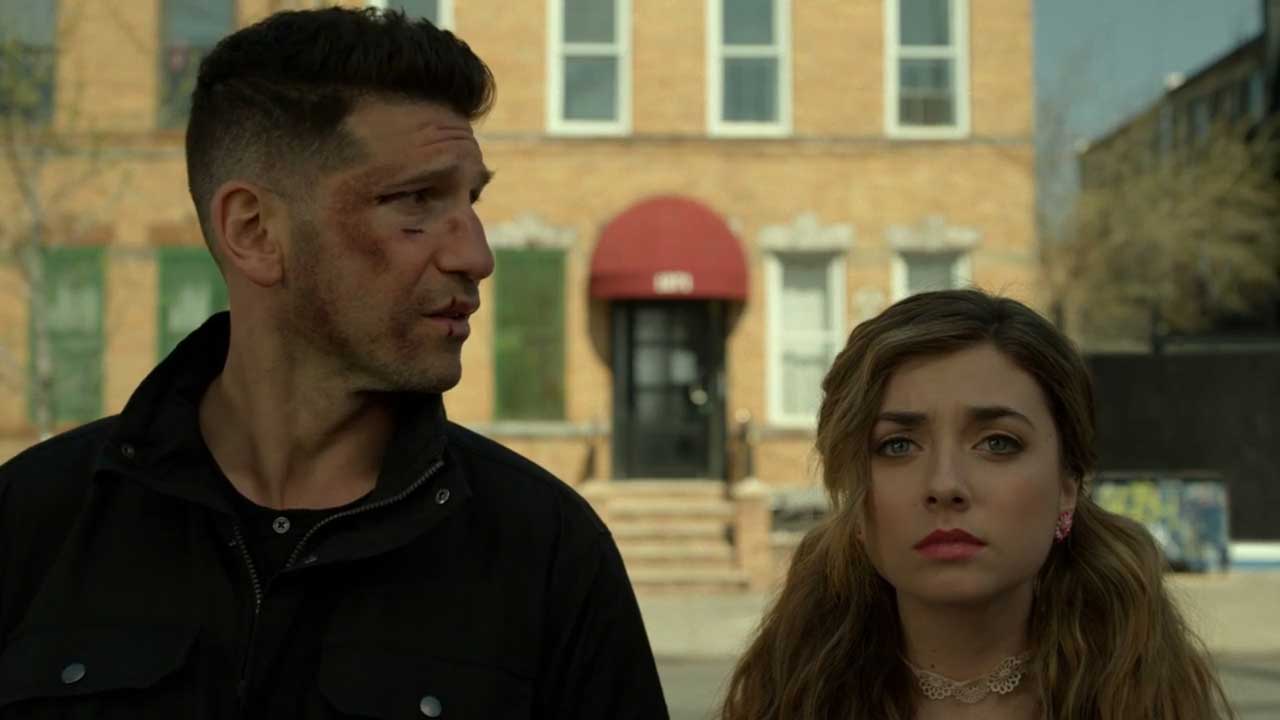 The Punisher finally begins to make some effort towards progressing and converging its multiple subplots. Several key sequences hint towards this, whether its John Pilgrim coming face to face with Dinah Madani or Frank, Curtis and Madani agreeing on bringing Russo in after he goes on a crime-spree. There’s still a lot of pieces that don’t fit together but I’m hoping the next few episodes should put everything in place and set the stage for a decent finale.

The episode also made some attempt towards explaining why Frank is overtly protective of Amy. With Frank’s own daughter about to turn 15 next month (in the show’s timeline that is), the 16-year old Amy is as good as a surrogate daughter-like figure Frank will ever have. It at least helps put some of Frank’s actions into perspective, even though it’s unlike The Punisher to go out of his way and act like a good samaritan. The sequences between Frank-Amy were indeed the episode’s highlights as they propelled several plot pieces forward.

I was a bit perplexed to see Frank teach Amy how to hold a gun. Normally, you find father-figures trying to keep their children away from the violence but Frank is empowering Amy to fight instead, and is willing to have her join in. I suppose it stems from Frank being unable to save his family and not wanting to befall a similar fate upon Amy, should the time arise. At the same time, it’s quite like The Punisher to be drawn into violence at this level and it’s only natural he’ll drag his loved ones into the fight as well. Violence is clearly the epicenter of Frank’s world and it could come at a cost to him. I wouldn’t be surprised if the gun-stealing sleight of hand he taught Amy comes handy in a future episode.

It was also fun to see Frank and Amy work as a team upon multiple ocassions, and it finally added some usefulness to Amy who otherwise just seemed like a teen from another Netflix show making a guest appearance on Marvel TV. The duo try to decipher the photographic evidence that has everyone on their tail and end up luring and nabbing a Russian involved in the fiasco. As it did with the debate around gun ownership in Season 1, The Punisher gets political here by revealing the Russian’s plan of wanting to “implant” senator David Schultz in the President’s office and get him to do their bidding for him by blackmailing him through photos revealing his homosexuality. While not fully accurate, it most certainly represents US President Donald Trump’s reign at the White House and mirrors the Russian election scandal of 2016. It makes the show relevant, even if it feels a bit shoehorned into the narrative.

Russo meanwhile is getting increasingly messed up. In a strange twist of fate, he might have set himself on the same path that we found him at the beginning of Season 1. It’s as if someone took Russo back in time and asked him to start over, only for him to end up at the same spot. With his team of dejected ex-marine soldiers, they’re out to rob a bank and I’m salivating at the prospect of the first showdown between The Punisher and Jigsaw. It could be one hell of an interesting fight if the next episode builds upon this tease.

So, all things said, this was a decent episode, if not among the finest of The Punisher. That would have to be the final episodes of Season 1 and I’m increasingly skeptical if we’ll ever get that quality of writing for any of the episodes in Season 2. It’s still a good watch though, just not as fun as Season 1 was at this point.

I’m doing individual episode reviews for the second season of Marvel’s The Punisher. These reviews may be a bit heavy on spoilers so read them with caution. Check out my review for The Punisher S02E07 here.

Captain Marvel Stills Give A Close Look At Skrulls, Starforce

The Complete List of Oscar Nominations For 2019 Academy Awards