With only a few episodes to go, the writers try and bring things together. 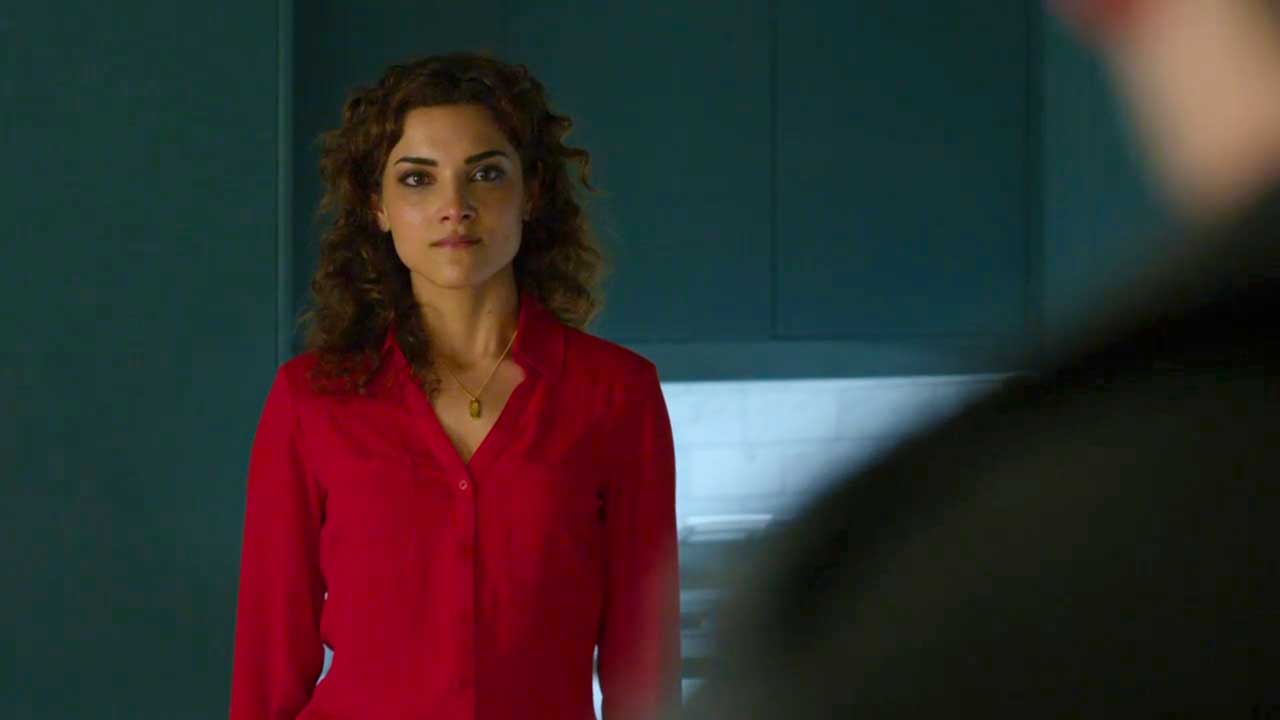 Flustercluck is finally the episode where things start to coalesce together a bit. Or at least, that’s what the writers intend on doing. In the longest while, this is a Punisher episode that juggles all characters crucial to the conflict around, giving them nearly equal screentime, without letting one’s story dominate the other. Prior episodes have largely been an either-or scenario, choosing to focus between John Pilgrim and Billy Russo but this one tries to move all the chess pieces together and involve everyone in some way or the other.

We also get to learn a bit more about pretty much every character in this season. A heart-to-heart between Amy and Curtis gives some insight into both, primarily Amy who talks a bit about her dreams and at least shows some semblance of being a real person rather than just a plot point. She has a lot more to do in the latter half of the episode as well, considering a bounty’s been placed on her and Frank’s head. And as expected as it was, it’s nonetheless a rewarding moment to see Amy snatch that gun using Frank’s technique. She goes the extra mile and shoots the gunpointer setting a classic example of how you start becoming like those whose company you lie in. In this case, being a teen, Amy is extra-influential of the people around her and this incident brings that forth in a very convincing light.

Speaking of the bounty, it’s kind of how John’s subplot begins to tie in to Frank’s back again. Schultz is the one who sets a $5 million bounty on Frank and Amy, setting every low life in the city on them. This leads to some interesting confrontations between Frank and those who’re out to apprehend them. I particularly enjoyed one bar shootout where Frank quickly (and I mean in a matter of seconds) shot down all 6 people out to fight him just as their leader was out to make a threatening speech. It’s hilarious in the moment, but it also speaks volumes of how ruthless a killing machine Frank Castle is, and Jon Bernthal really sells the notion with his grunts, fights and quick moves, getting him closer to the comic version.

There was some progress for Billy Russo as well in a one-on-one with Dinah. Madani reveals what Russo did to Frank and his family, which Russo partly buys and partly regrets. This paints an interesting dynamic where the antagonist is more repentful of his actions than the protagonist, who accepts the raging killing man that he’s become and pleads everyone to just let him be. I hope they don’t add some evil twist to Russo’s motivations to make Frank the hero for in the current state, it’ll be interesting to see Frank take Billy “Jigsaw” Russo down. Viewer loyalties will be questioned on that one.

Finally, the ladies get to have a heart-to-heart as well. Madani is invited by Krista to discuss Russo’s situation over drinks and while the two don’t get into details yet (that’s for the following episode?), Madani does reveal Russo’s truth to Krista. Frustratingly, there’s still no development on Krista’s front and she’s still just a new face who’s been stuck interacting with Russo for pretty much the entirety of the season. Hopefully it isn’t too late to give her some material to work with.

The Punisher has this sense of events and subplots coming together in its ninth episode, although we’re still far out from everything connecting together seamlessly. With just four episodes to go, the writers and directors have a lot on their plate if they want to end this season on a satisfying note. That said, this was still a good episode and I rate it in the hopes of things headed in a unifying direction in the final four episodes.

I’m doing individual episode reviews for the second season of Marvel’s The Punisher. These reviews may be a bit heavy on spoilers so read them with caution. Check out my review for The Punisher S02E10 here.

John David Washington Was Surprised Christopher Nolan Revealed So Much In…