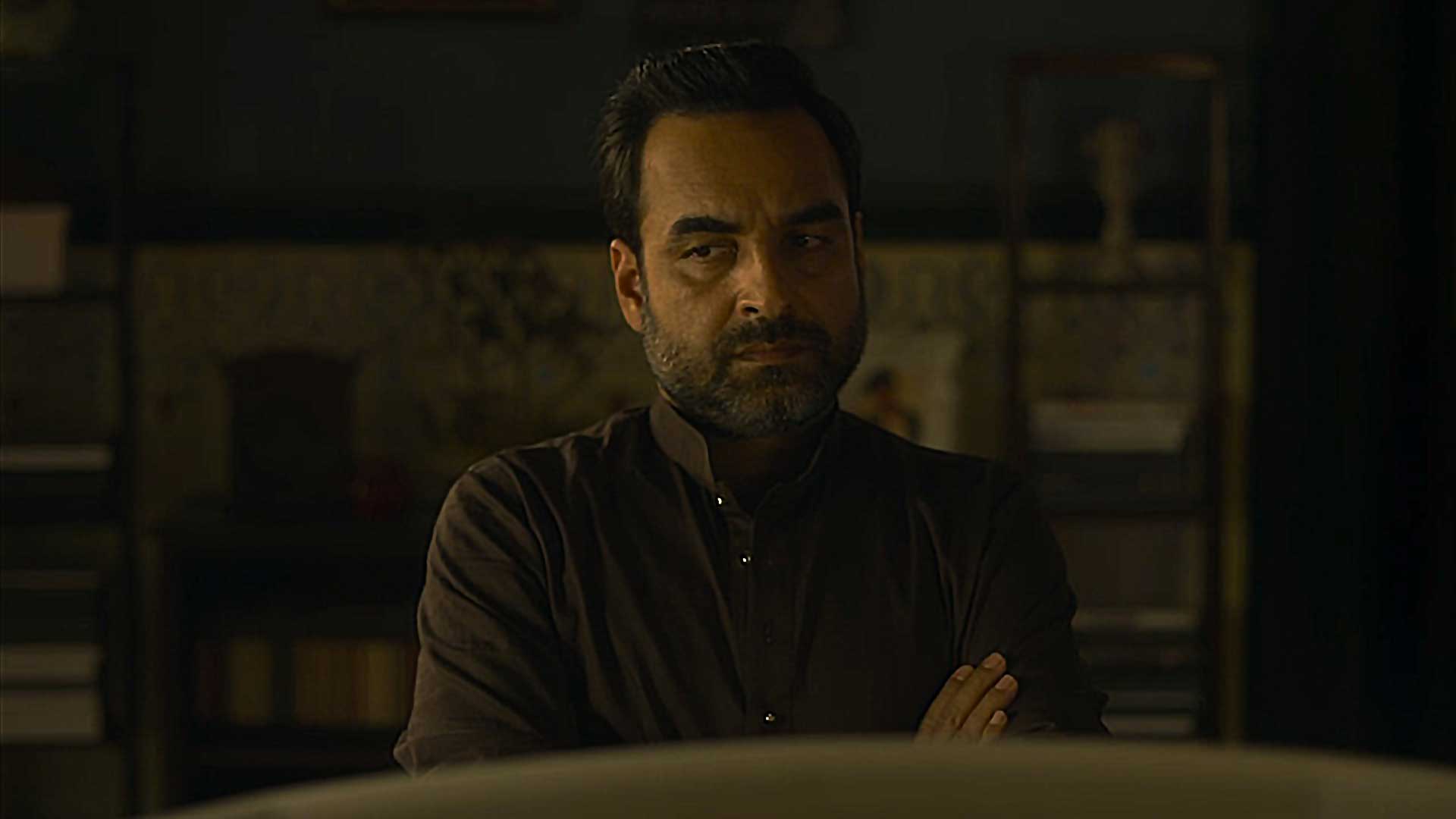 A scene plays out with a cold, calculated intensity. The background score gradually builds up to a crescendo, bass blazing. Eventually, the cold opening gives way to the now iconic Mirzapur intro. Beats flaring, machinations at work, violence running rampant under the guise of ordinary industrial work, the intro is supplemented with the gripping theme composed by John Steward Eduri. And anyone who’s been with the show since 2018 knows: in Mirzapur, you do not miss the intro.

But the proceedings are low-key in this Season 2 premiere and rightfully so. Season 1 culminated with two huge character losses that came within a short space of each other. Both Vikrant Massey and Shriya Pilgaonkar had endeared themselves to audiences as the smart, strategic Bablu and the sweet, caring yet sharp Sweety until Munna shot them both in Season 1’s brutal climactic wedding massacre. Those were the final moments of Season 1 and we didn’t really get a chance to see our characters react to that event.

It’s unclear how much further ahead Season 2 is set (based on character interactions, it doesn’t look like it’s been more than a few days) but the premiere episode Dhenkul mostly deals with the fallout of that wedding and how the two deaths have affected everyone involved. Dimpy and Golu are silently suffering, too shocked to even comprehend how it escalated so quickly. The shock has numbed them and held back their tears of grief. And Guddu is a broken wreck with one singular thing in his mind: revenge. Never mind that he can barely get himself up to pick up the gun in front of him.

At the other extreme, the elder Tripathis are a little more restrained in celebrating the victory. They simply have a havan. Munna meanwhile is having nightmares of being killed by Guddu (or was that Guddu’s dream in which he extracts his revenge). Despite realizing he’s made a huge mistake by leaving Guddu alive, Munna pretends to be cool about it while deep down, he knows his days are numbered. Divyendu Sharma plays the balance with fine precision, not really letting out Munna’s fear except in a bit or two here or there.

The bit characters are also affected by the fallout of Mirzapur‘s Season 1 finale. SP Ram Sharan Maurya is rattled after having most of his team wiped out by Tripathi to warn him to stay away. The parents are shaken: Bablu’s father, veteran Mirzapur lawyer Ramakant Pandit is shattered that his insistence on taking a case set off a chain of events that has ultimately claimed his son’s life. The loss hits him all the more hard seeing as Bablu had just begun to realize the hole of violence he’s dug himself into and seemed to hint that he wants to work things out. Rajesh Tailang has only one scene in the episode to sell that pain and grief and he does a phenomenal job of deliverying a convincing break down.

Meanwhile, Sweety’s father, Parshuram Gupta is barely able to contain his anger when the Tripathi’s are all cool about killing his daughter, dismissing it nonchalantly as accidents happen. Munna telling Parshuram that none can be more upset at Sweety’s death than Munna himself is the final straw that breaks Parshuram’s loyalty. Alas, SP Maurya has left the fight and now fears for the safety of his own family and Parshuram is left to collect the pieces of his shattered life with one daughter dead and the other missing.

But even as characters pick themselves up from the previous season’s bleak events, alliances are being forged and new players are entering the scene. I’m of course referring to Sharad Shukla, Rati Shankar’s son, who is nothing like his vengeful father seething with revenge but is instead far more strategic and brainy, preferring to exercise the head’s muscles over raw power in resolving conflicts. In that sense, he has much in common with Bablu. What a shame then that Guddu shot Rati Shankar in the head or he would’ve had a fine partner in Sharad in taking down the Tripathis for good.

Even as the Tripathis are the kind, all’s not well in tinsel-town. With elections on the head, there are orders to present a secure front, taking every possible measure to contain violence. This means putting the perpetrators of violence behind bars which in this situation directly implicates Munna. If there’s anything we know about Akhandanand Tripathi, is that he’ll pull heaven and hell together to protect his son at all costs. But the next few episodes should give a glimpse into just what kind of power Akhandanand holds and how does he surpass the political manoeuvres being pulled in the name of elections.

With Season 1 being about the divergent paths of two brothers, Season 2 could very well be guided by the path the two leading ladies – Dimpy and Golu – choose towards revenge. This is made explicitly evident in a showdown when a bystander leads a cop to the desolated place that the duo have been tending to Guddu in. The fierce, raw skirmish that follows culminates in Dimpy almost killing the bystander but choosing not to cross-cut with Golu stabbing the cop to a brutal death. It has echoes of the sequence in Season 1 Episode 4 Virginity when Guddu and Bablu are asked to shoot their first target – Bablu pukes and chickens out after a few shots while Guddu relishes his descent into madness. The subtle difference here is that Golu does not necessarily enjoy the killing streak but has so much pent up anger and grief within her that it needs a release. Consequently, that release manifests itself in the multiple stab wounds she inflicts upon the cop, long after he’s already dead and deformed.

This could very well be Season 2’s driving force, much as a similar dilemma drove Season 1’s character progression. In the end, regardless of the trying circumstances you’re surrounded by, it’s your choices that define the kind of person you truly can become. And in some cases, your choices have already been made, subconsciously at least. Both Guddu and Golu know the kind of people they were, the demon that’s hidden within them, waiting to be unleashed. It’s only a matter of time before a turn of events leads to them shedding all pretense of a fake exterior and unleashing their real personas without any judgments.

The show is also about the balance of power that keeps shifting and changing hands among its characters like a Dhenkul or a see-saw. It sways on one person’s or family’s side when they exercise or demonstrate sufficient clout or weight, be it via threats, power-plays or other means. And then, it shifts to the other direction when the opposing party launches counter-offensives. Season 1 was about the Tripathis almost losing control of Mirzapur before they reminded everyone of their existence and exerted their true power in the final episode, shifting the scales in their favor for a long time. But with players like Guddu and Sharad waiting to strike, they may be unable to hold the Dhenkul down on their side for long.

On the whole, Season 2 has had a good start. Sure, it’s low-key and progresses rather slowly but it’s understandable seeing the monumental shake-up we’re coming from in Season 1. Typically, shows that are meant to be binged take a few episodes before things really begin ramping up and the stakes start getting higher. Until then, we’ve just hopped onto the ride and it shows the promise of delivering something interesting, entertaining and fun.