Mirzapur delivers a kickass cold opening that the rest of the episode struggles to live up to. 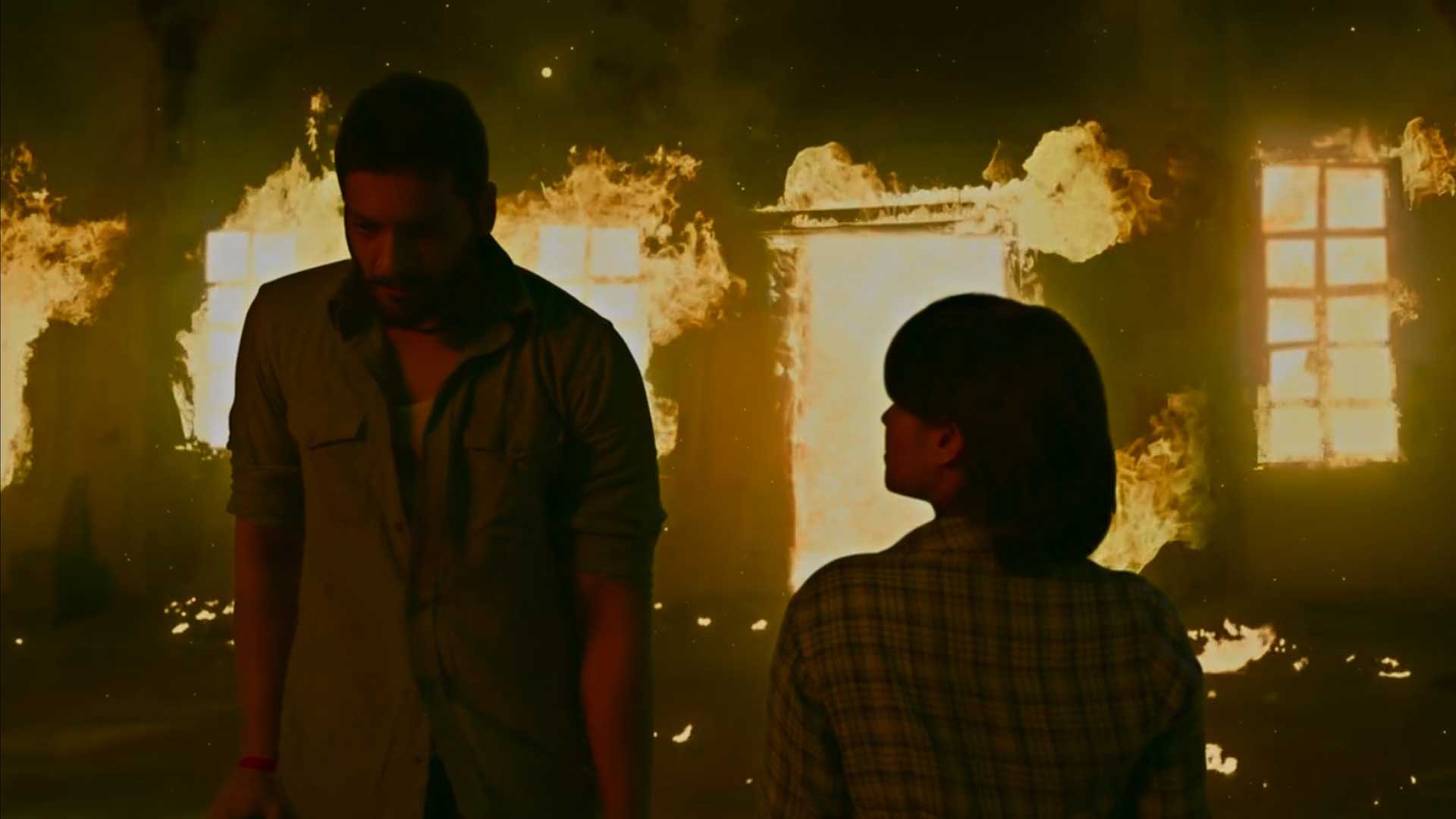 Mirzapur delivers what is unarguably the most stunning, badass cold opening for the series ever as Munna and Golu go guns blazing on the Tripathi’s gun factory and blow it apart. Unfortunately, that terrific opening sets a bar a tad too high as the rest of the episode struggles to match up to that kicker of a scene. The political machinations weigh down the narrative pace significantly resulting in another hour with interesting but overall lackluster developments.

Needless to say, the cold open was flawlessly executed. An insider has tipped Munna and Golu of the location of Tripathi’s gun-factory resulting in the duo blasting their way into it and blowing it apart. The VFX did leave a lot to be desired, especially once the fireball starts to erupt but the camera work and the conceptualization were quite fascinating as the camera used a single take followed a lit fire all the way to a barrel of explosives before dollying back to outside the factory to produce the class hero shot of Guddu standing ahead of an explosion.

The open also signifies the fearlessness with which Munna and Golu are approaching their revenge. Their actions may reek of recklessness but it’s more about them not having anything to lose after what they’ve been through. Golu has a much more strategic bent of mind but she isn’t afraid to fire on a whim when necessary; her firearms training is nearly complete at this point. At the other end, Guddu craves a lot more for this sort of upfront violence but he too has acquired a penchant for mind games after the time spent in Bablu and now Golu’s company, not to mention his physical injury.

The rest of the episode is more about the political machinations that lead the CM to retain his seat, part of which involves a marital alliance between Munna and the CM’s daughter Madhuri. The marriage is a farce, and Madhuri’s belief in Munna comes across as a bit too convenient. However, it helps Akhnandanand gain a firm grip over the CM as he’s handed the responsibility of overseeing the Ministry of Commerce. It’s again, classic gangster ties up with politician to solidify his grip on his territory, only executed rather slickly.

Ramakant Pandit continues his battle to find a witness to bring Bablu’s killer to justice. Now having involved his wife into his fight as well, she tries to persuade Dimpy to join the fight. But Dimpy has seen enough and knows all too well how it’s all going to end and consequently refuses. She’s trying to make a new life for herself, away from all of this and with a love interest in Robin a.k.a. Radheshyam and as much as it hurts to have lost her brother, she’s left the revenge angle to her other brother. It was also great to see Maurya isn’t really sold out but has been secretly gathering evidence to use against Tripathi. And at long last, Bhosdiwale Chacha is back; on public demand, the showrunners brought him back for this small bit.

The cinematography this episode was particularly tight. I liked the use of the low angle overlooking Munna when Akhandanand and the CM are finalizing their alliance – it reeks of two men of power deciding the fate of Munna, something which he’s already fuming over. And I just can’t unsee the edit where Maurya explains they need a huge witness to bring Tripathi down and the next cut focuses right on Maqbool. Will Tripathi’s right hand man turn against him?

But what seems to be dragging Mirzapur down is the sheer breadth of the story it’s telling with the myriad of sprawling characters, many of which may not even be essential to the narrative. One could argue that it only adds a layer of richness to the proceedings but at this point, most of the newly introduced names are largely fringe characters with little to learn about them. Robin is just starting to come into his own but we barely see him for a scene or two. And as intriguing as it was to understand why he hates drugs, it’s unclear just what Dadda Tyagi’s end game is here.

The core story of Guddu’s and Golu’s revenge is being threatened and muddled by the sheer enormity of subplots being thrown. Sadly, as much as they keep Mirzapur entertaining, they’re taking the focus away from the core plot. In contrast, Season 1 was highly focused on showing Guddu and Bablu’s journey navigating the murky waters of the city and the price one has to pay for following a life of crime. As of now, Season 2 doesn’t look like it has a trajectory in place and I’m not even sure if it will end on a satisfying note.