Comic Con Mumbai had a lot to give away as well. 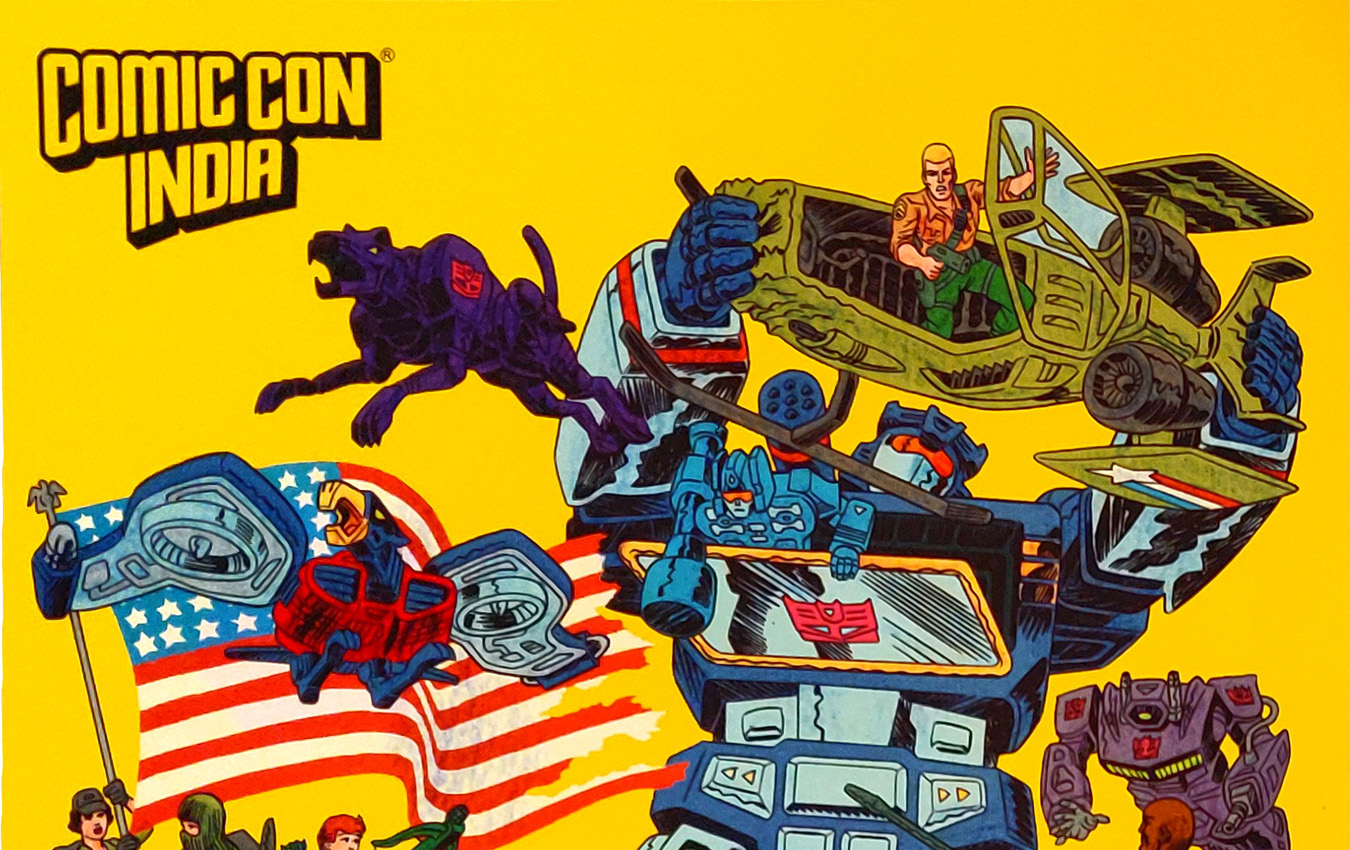 India’s Comic Convention Authority (just a fancy name I came up with) hosted Comic Con Mumbai 2018 and in case you weren’t able to make it, you can read a detailed account of what I saw. However, this Comic Con wasn’t only about a passive experience as the organizing committee graciously handed out a few items as giveaways.

Every purchase of a ticket landed you three unique goodies:

A glorious full scale poster sized version of IDW Comics’ Transformers vs GI Joe was among the biggest collectibles on offer. The comic itself was a limited series publication by IDW who attempted to crossover the Transformers and G. I. Joe franchises after gaining control of both. The plot revolves around the two teams of heroes combating an alien threat on earth while ironing out their own differences around the idea of peace.

It was published on May 2014 and ran for around two years. The comics were painted using retro style art to evoke the look and feel of the 80s, which is when both properties were at their prime.

Chakra, The Invincible by Stan Lee

Probably the coolest takeaways, and perhaps the most fitting in honor of Lee’s passing as well as the hero being based out of Mumbai, the first issue of Chakra’s comic series was handed out. Chakra was the only Indian superhero co-created by Stan Lee who had expressed his fascination with Indian culture and mythos in one of his interviews.

The comic itself borrows from Indian mythological elements and sees Mumbai’s Raju Rai become the superhero Chakra when scientist Dr. Singh creates a suit to harness all the chakras within his bodies. It should be a fascinating read and I’m saving it for a good day.

Perhaps the least interesting, and yet the most useful during the event, a folded pamphlet containing a layout of Hall 2 was handed out to everyone. It also contained the day’s schedule with all the panels set to take place and came in handy when trying to visualize which booth has been put up at what corner of the vast ground.

So what did you think of these collectibles? Let us know your thoughts in the comments below.

Mumbai Comic Con 2018 Highlights: A Celebration Of Superheroes, Games and All Things Geeky

The Red Skull Was Completely CGI In Avengers: Infinity War