Mumbai Comic Con 2018 Highlights: A Celebration Of Superheroes, Games and All Things Geeky

Comic Con Mumbai brought geeks of all kinds under one floor.

Comic Con Mumbai brought geeks of all kinds under one floor.

India got its own dose of geekdom with Comic Con Mumbai 2018. Held over the weekend of December 22-23 at NESCO Complex, Goregaon, Mumbai, this year’s Comic Con saw an assortment of panels and booths with all kinds of nerdyness on display as the geeks descended to make their presence strongly felt. I got a chance to attend the exhibition with my beloved earlier today and it had too much going on for me to cover everything.

As much as I wanted to visit every single store and admire the terrific stuff each of them had on display, time constraints and the stomping crowd restricted my field of view and the amount of things I could cover. That said, I was still able to cover a lot of the venue and will do my best to summarize the things that I saw. Read on for my coverage and lookout for some high resolution images from the convention at the end.

We were greeted at the entrance with helpful volunteers who offered to guide us through the tickets, tie our wrist bands after getting our admit cards and greet us with a high-five upon entering the venue. Depicting irony at its finest, a gigantic Minion Statue was placed at the entrance and quickly became the delight of enthusiastic kids and photographers. The twisting of sizes reminded me of Peter Dinklage playing the giant Eitri in Avengers: Infinity War.

Once in, the venue had its major panels going on at the central Hall 2. I was able to make it just in time to see the Stan Lee Memorial where they played a prerecorded message from Lee much to the applause of the audience. While it was a preexisting clip, the choice of playing a video of Lee addressing and talking to the audience was bang on, as it almost felt like Stan was Skype calling to the venue from the heavens. To no one’s surprise, it ended with Lee’s familiar Excelsior! I was too caught up in the video to snap a picture.

The stage was next taken by Sony Pix executives who premiered trailers of movies set to air on the channel. Among the footage played was a behind the scenes video from How to Train Your Dragon 2 featuring Game of Thrones star Kit Harrington interacting with an animated dragon (talk about the most distant Season 8 tease). This was interspersed with pictionary trivia games that had their artist draw out some clues as fans guessed the movie’s name. The hardcore geek crowd managed to decipher the films in mere seconds, making it a cutthroat contest. Of course I didn’t win anything, certainly for lack of trying.

It was however Marvel’s space that had the attention of most people. Marvel Studios had setup booths to promote their 2019 releases Captain Marvel and Avengers: Endgame (Spider-Man: Far From Home was conspiciously and disappointingly absent after a showing at Brazil’s CCXP earlier this month). The Captain Marvel panel had Carol Danvers’ prop air-force plane setup for people to hop onto and snap (pun-intended) a pic. The Endgame panel was more focused on the central Avengers as people flocked to the statues of Captain America, Iron Man and Hulk for photo-ops. The statues were highly intricate and lifelike and the level of detail in them was striking. It had a vibe that was quite reminiscent of 2012’s The Avengers with Cap was donning The Winter Soldier suit that reappeared in the Endgame trailer. Iron Man had his nanotech suit from Infinity War. Even so, the setup hints further at the importance of the original Avengers, this being their swan-song, as well as the movie’s supposed time-travel angle where the Avengers might revisit the Battle of New York.

Both the trailers for Captain Marvel as well as the recently released teaser trailer for Avengers: Endgame were playing on a loop. I was expecting some whistles and reactions but got none, seeing as the general audience must’ve seen both trailers countless times. It was nevertheless intriguing to see people still gather and watch the trailer in its entirety; every time you stopped by the panel, someone would be focused on watching the trailer. Shows a lot about their replay value. With all the attention focused on these two movies, it was kinda sad to see a photo-booth for Mary Poppins Returns almost deserted.

Comic Book heroes dominated the event in other forms as well. Nerd Arena had some incredible lifelike replicas of Avengers props on display, from Iron Man’s Helmet and Thor’s Hammer Mjolnir to Captain America’s Shield. The shield was mighty impressive, being a life-size replica with all the details, some scratches and even the leather straps at the back that aided Cap in holding and maneuvring the shield. The cost though, was well beyond the reach of mortals.

Toys were an expected addition but the wide and varied collection on offer across stores was worth admiring. Among the Marvel toys included figures for Captain America and Iron Man modeled after their appearances in both Civil War and Infinity War, the Hulk from 2012’s The Avengers and a comic-book inspired Wolverine with his signature yellow costume. DC’s slate included both the DCEU and CW versions, featuring the likes of Flash (DCEU’s Barry Allen and CW’s Barry Allen and Wally West), Aquaman (Jason Momoa’s DCEU version and the traditional yellow-green costumed one), Shazam and Batman (DCEU-inspired Batman v Superman version as well as the animated Lego Batman one).

Moving on from movies, gaming had a significant presence as well, thanks in large part to Games: The Shop. Considered one of the prime places to buy video games from in India, Games: The Shop hosted a gaming panel and brought some sample XBOX One and PS4 gameplay to the floor. Fans could get their hands on WWE’s Wrestlemania 2K18 matches or play a short section of Shadow of the Tomb Raider. I tried the Tomb Raider demo in which you had to dodge a leopard’s attack and I miserably struggled. Video game trailers were shown, surrounded by posters for Just Cause 4 and Hitman 2. Hitman 2 was an interesting choice, given the game had one of its missions predominantly set in Mumbai.

Not one to left behind, there was some streaming service presence as well. Amazon Prime put up a booth and set up an elaborate Jack Ryan bunker to literally put you into Jack Ryan’s shoes. The short act had you assume the role of covert military ops and try to circumvent a laser field by as flexibly moving over the lasers as possible. It was supposedly a huge hit as there was a massive queue filled with hopefuls awaiting their turn. I had to settle with being content with a picture.

Like I said at the beginning, there’s so much more that was going on that it was neigh impossible to capture everything in one post. As a consequence, there’s a lot you don’t see in this piece, whether it was the Star Wars toys being sold (Chewie, Han, Leia, Luke, Lightsabers) to the fabulous Harry Potter and Fantastic Beasts themed accessories (rings, earrings, lockets, keychains, notebooks) to a Hot Wheels booth to a whole lot more; Comic Con was filled to the brim with the smell of geek culture.

And I didn’t even touch upon cosplays – from Daredevil / Matt Murdock to the Joker to Amazonian Diana Prince to Iron Man himself, all cosplayers were assembled outside for the inevitable cosplay competition. And even though we didn’t participate, Comic Con made sure every one of us went home with some sweet collectibles (more on that in a separate post).

All in all, the convention was a super-fun outing. Perhaps the one thing I missed, if I may say so, is the lack of exclusives or high-profile appearances. Brazil had Tom Holland and Jake Gyllenhaal himself show up to premiere the Far From Home trailer (that the rest of the world is yet to see). I’m hopeful as the event goes, it’s able to secure more exclusives and special attendances. For what it was, the event was well-organized and the volunteers did an amazing job keeping the spirits up.

Fingers crossed Mumbai Comic Con turns out to be a huge deal. Perhaps it’ll get abbreviated as MCC then. MCC 2018? You know where you heard that first.

Now as promised, here’s a gallery of high-resolution captures from the event. As expected, it’s hard to get rid of the crowds for even that one elusive shot. But I tried, folks. I tried. 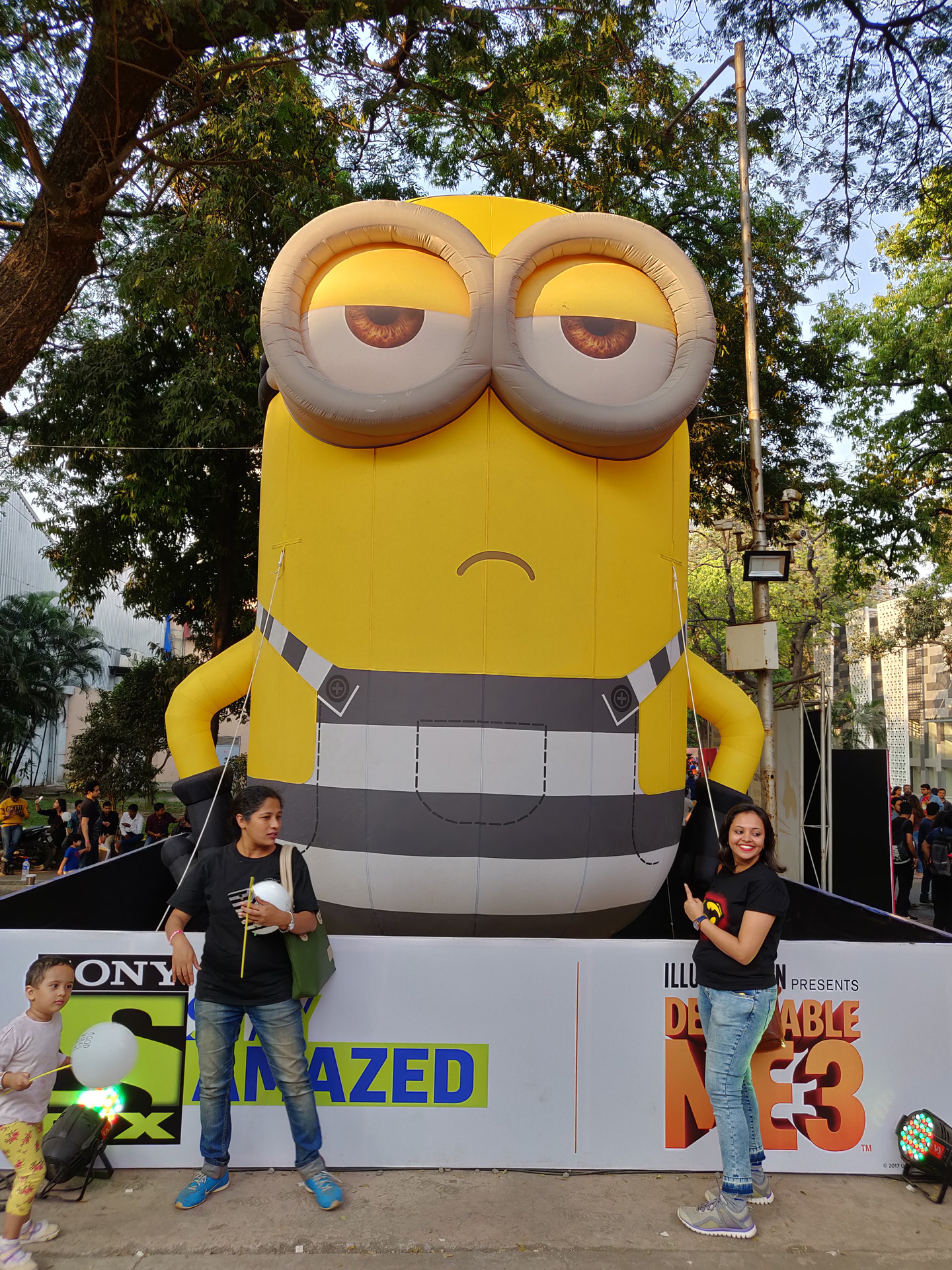 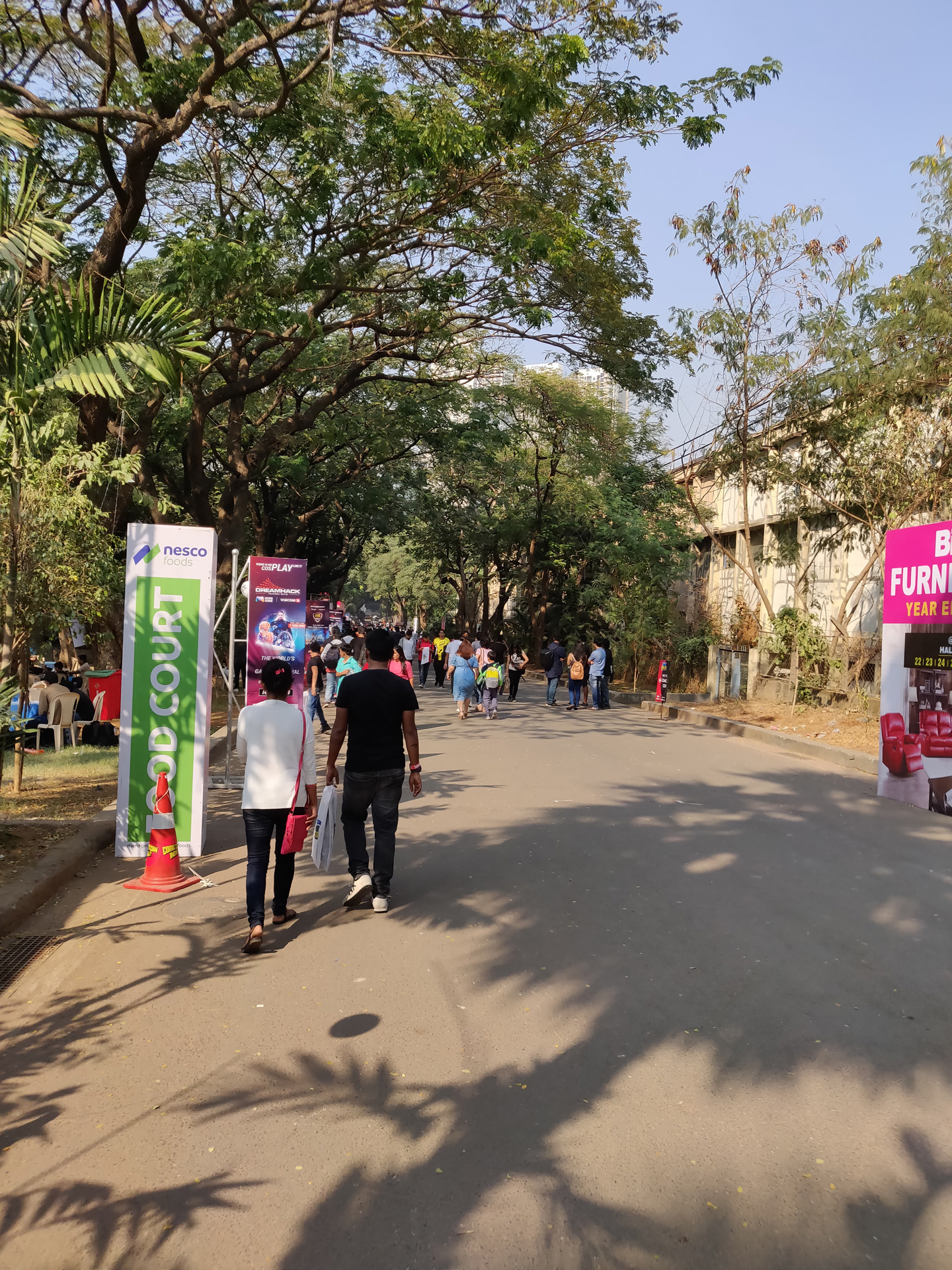 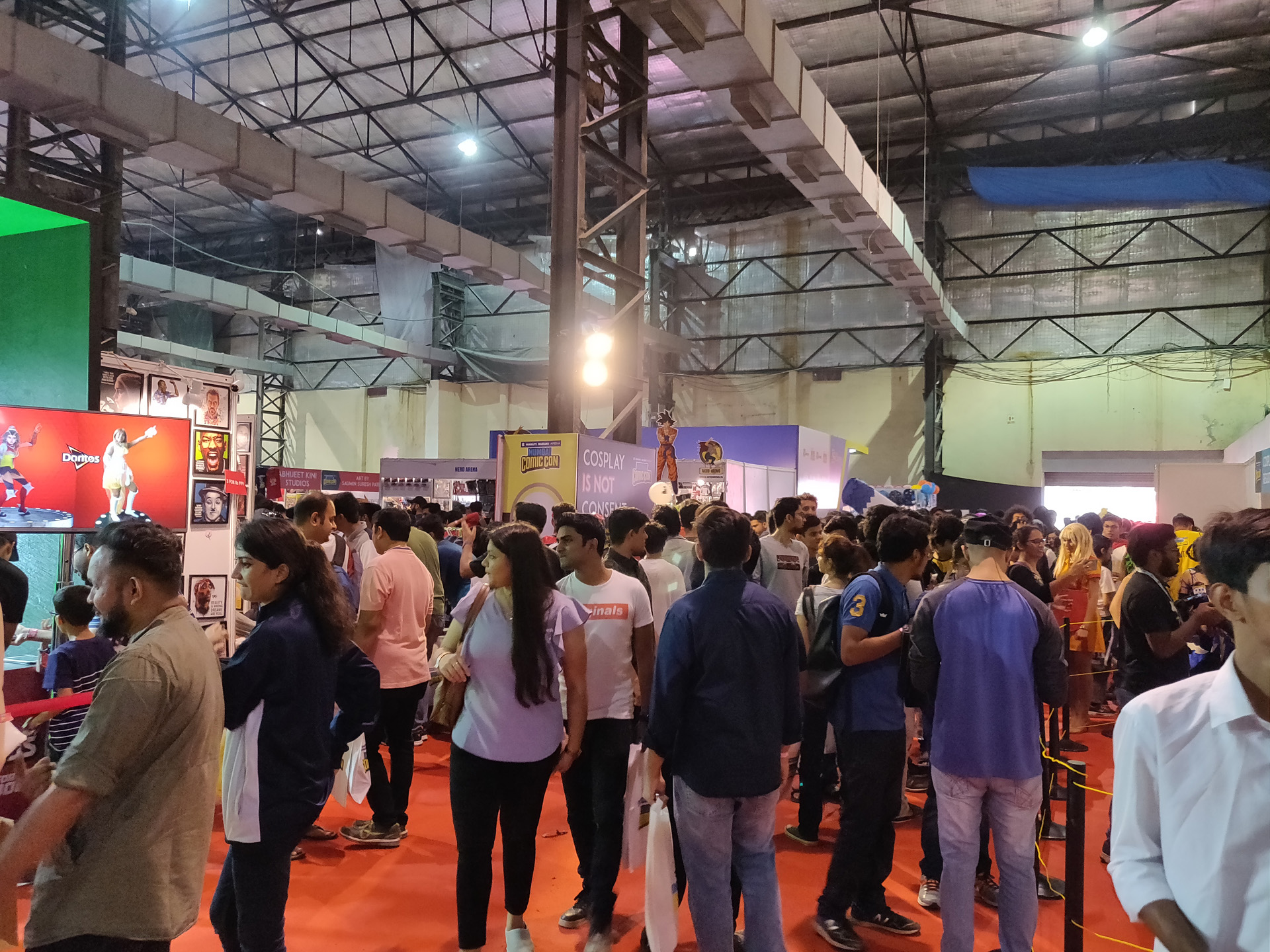 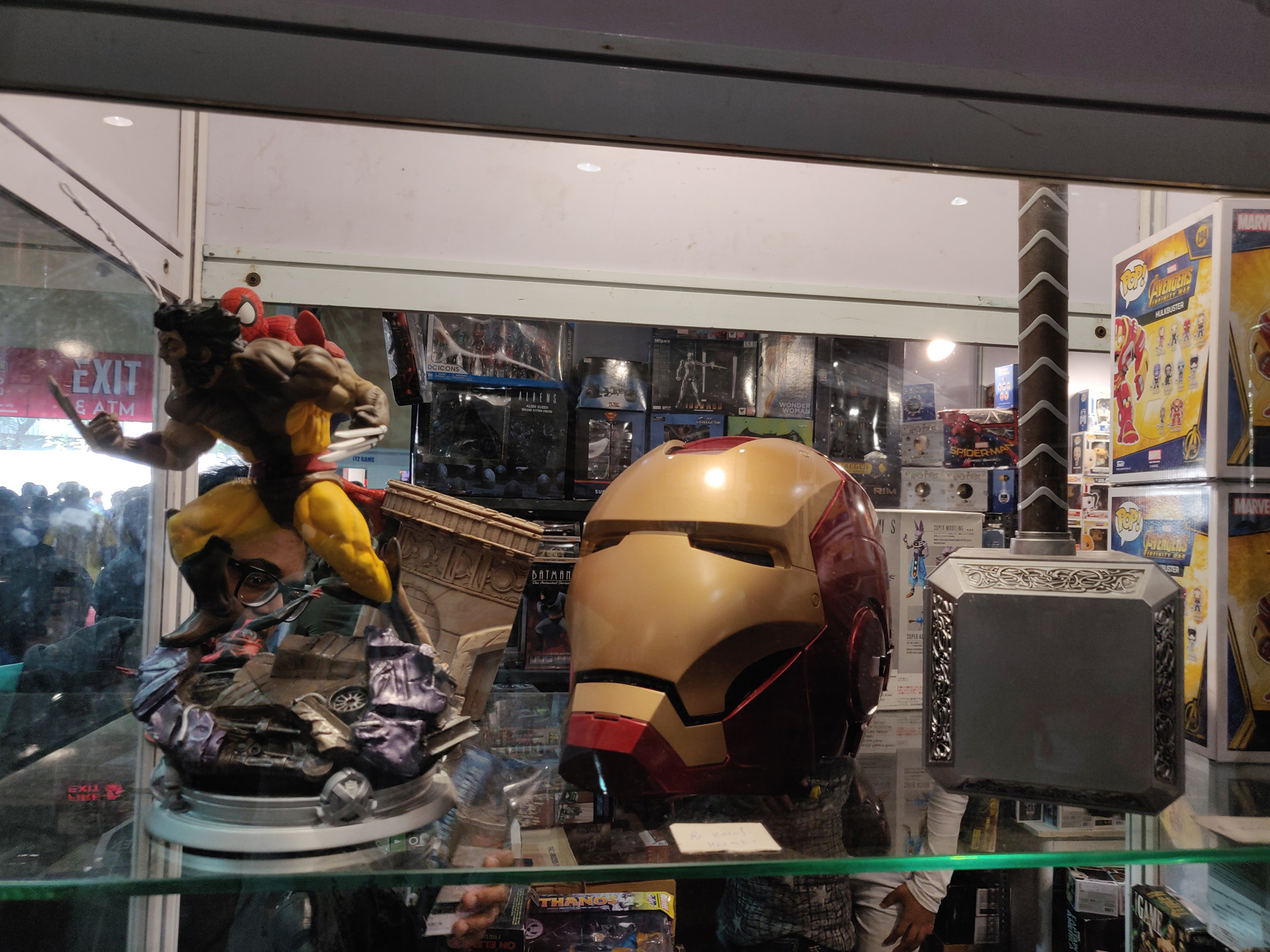 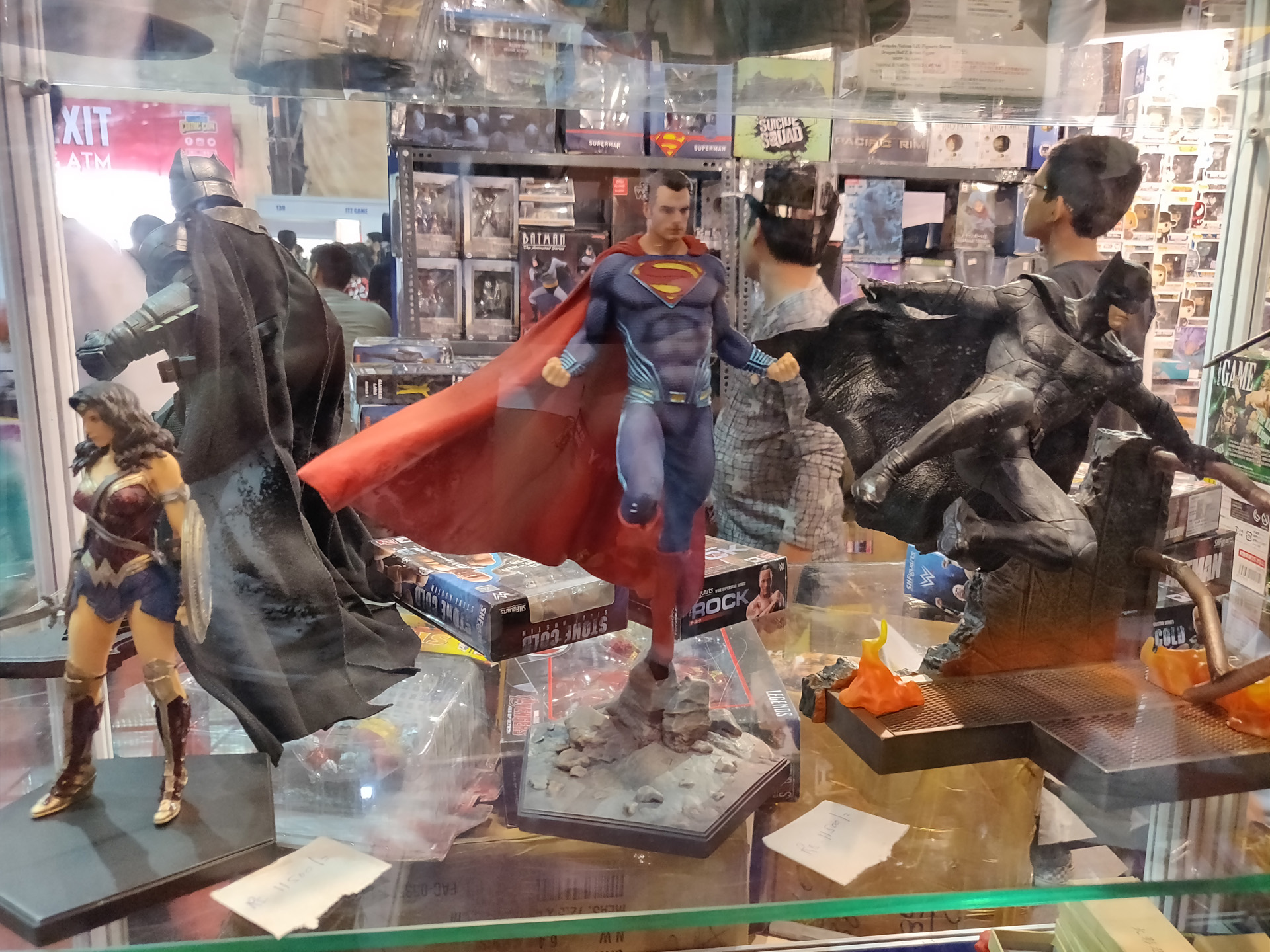 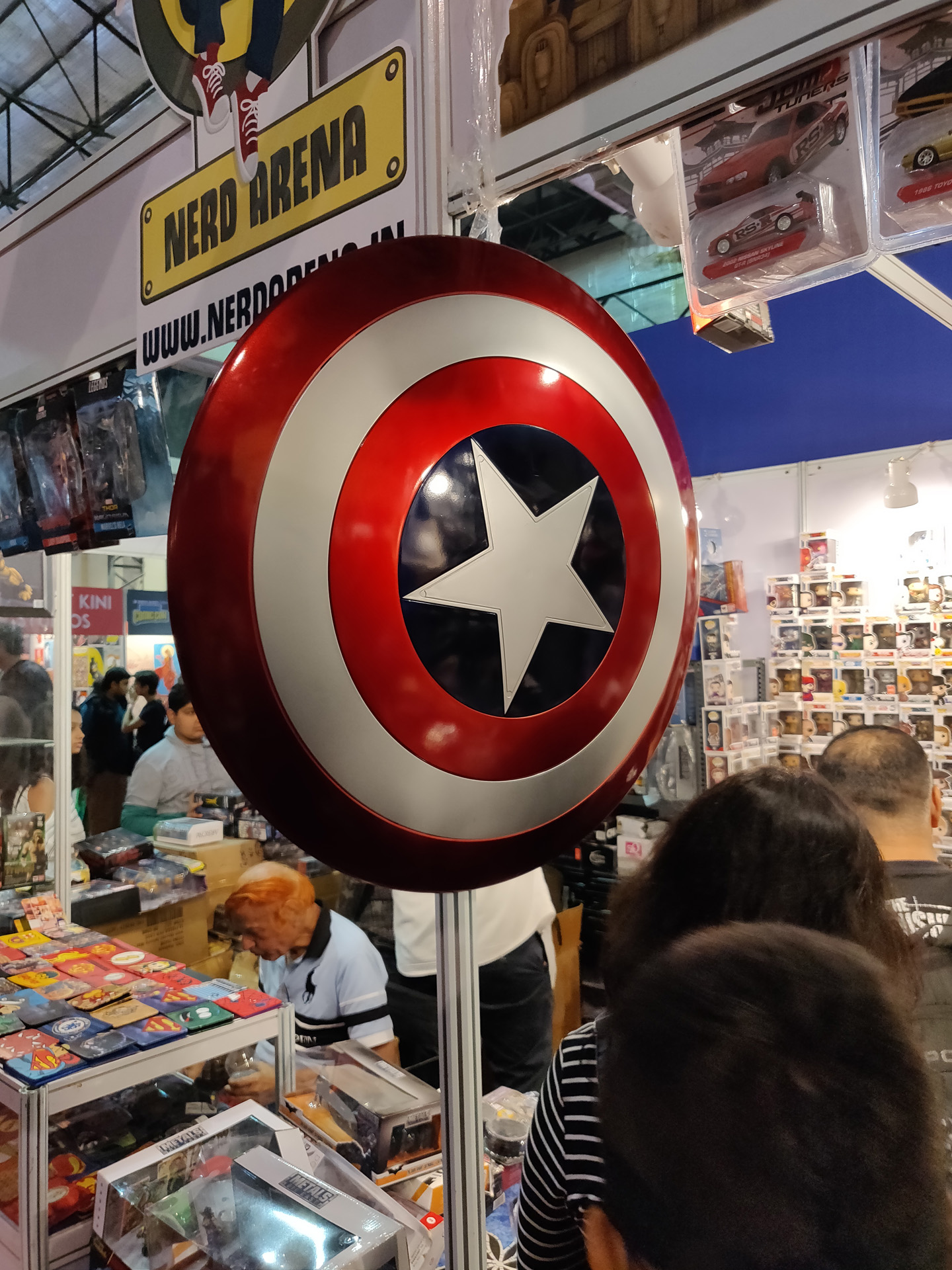 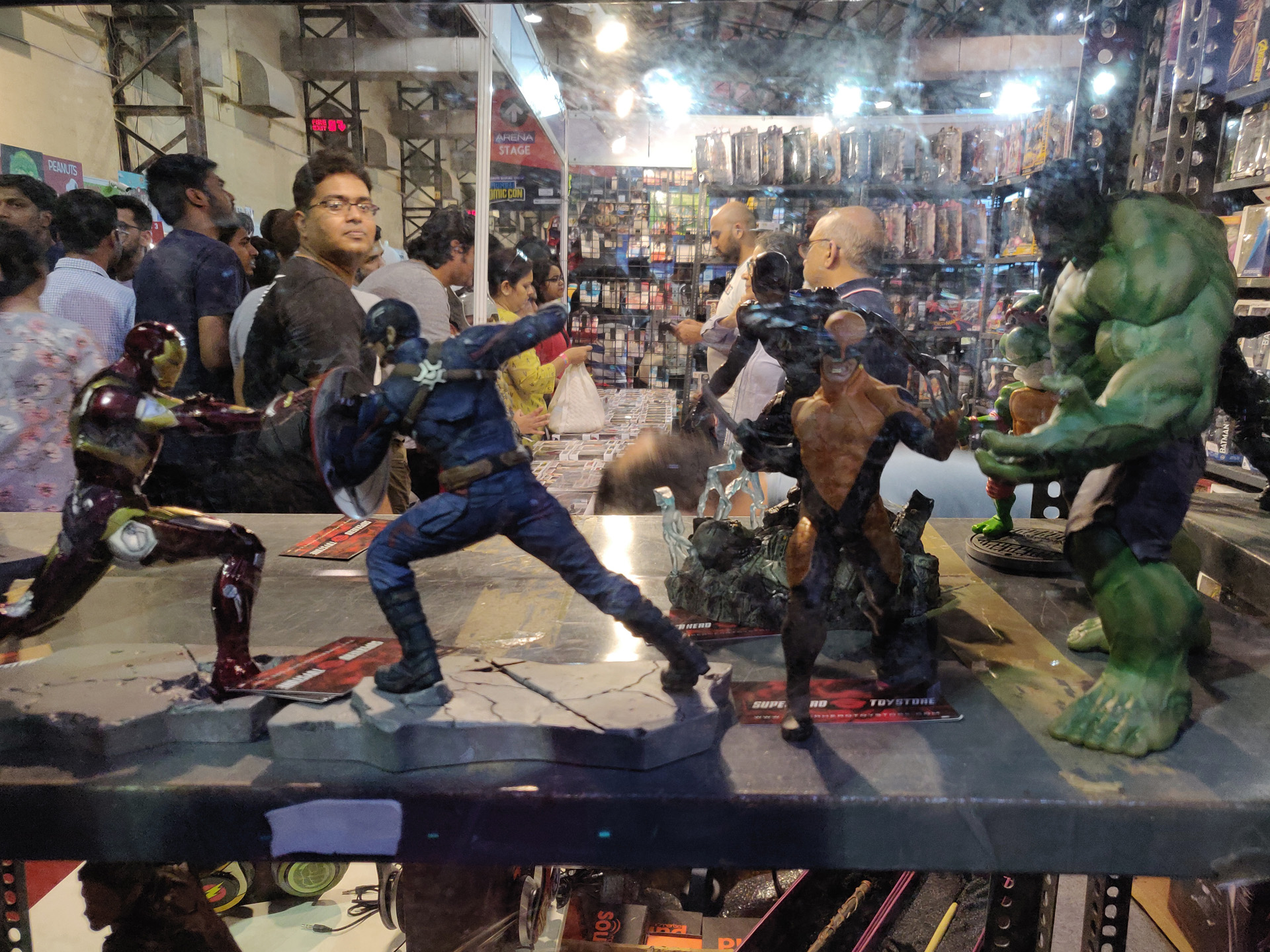 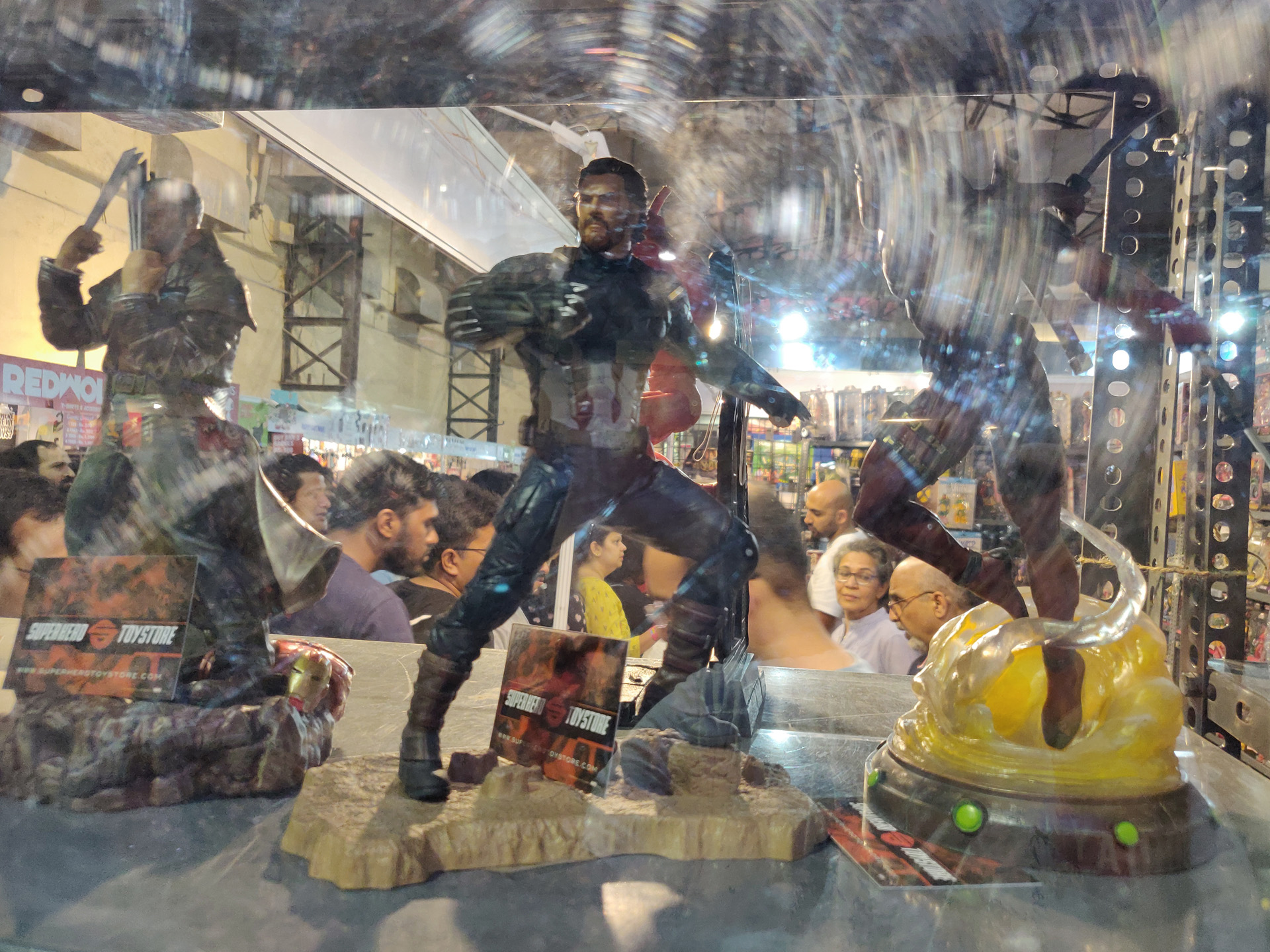 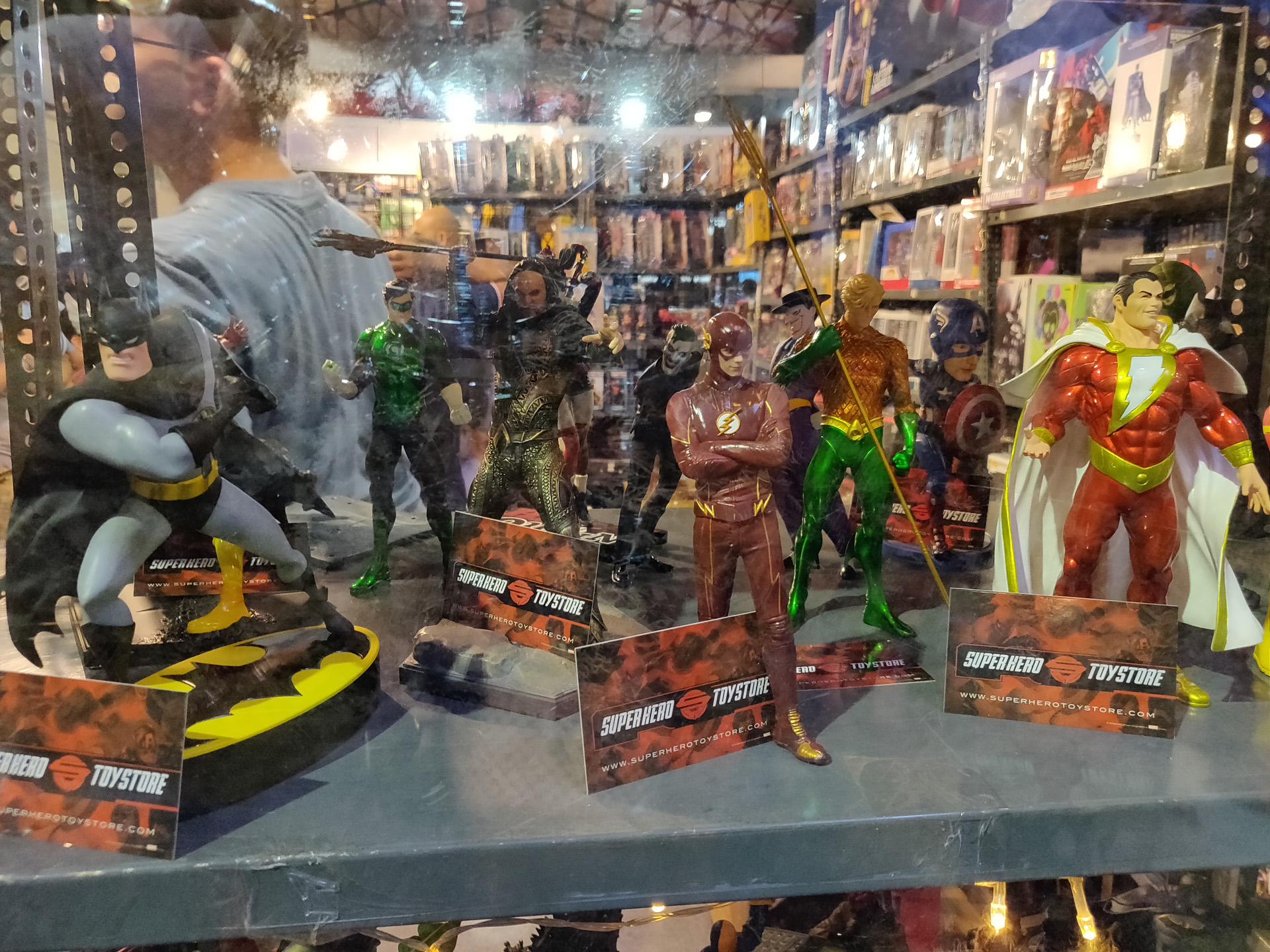 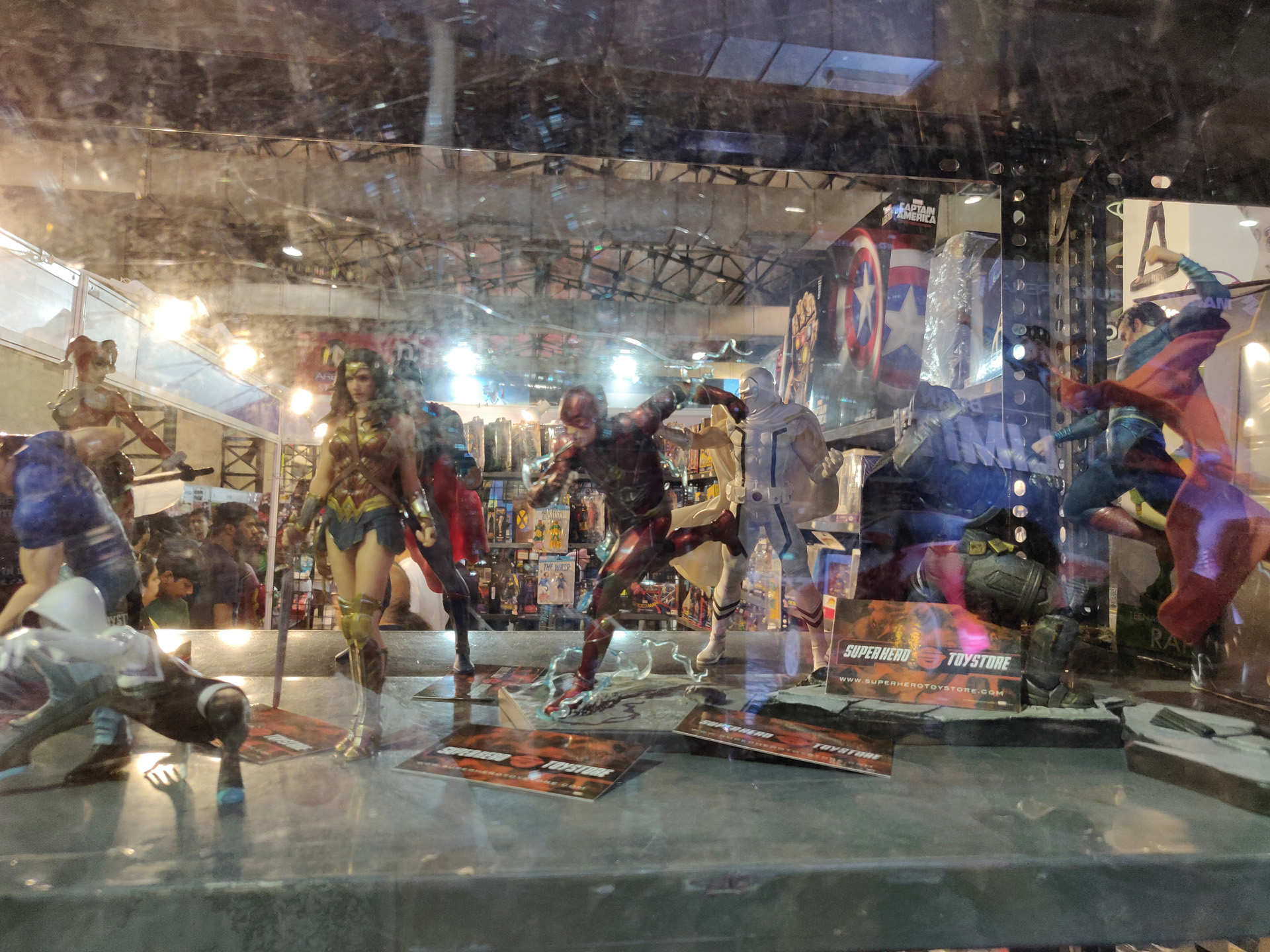 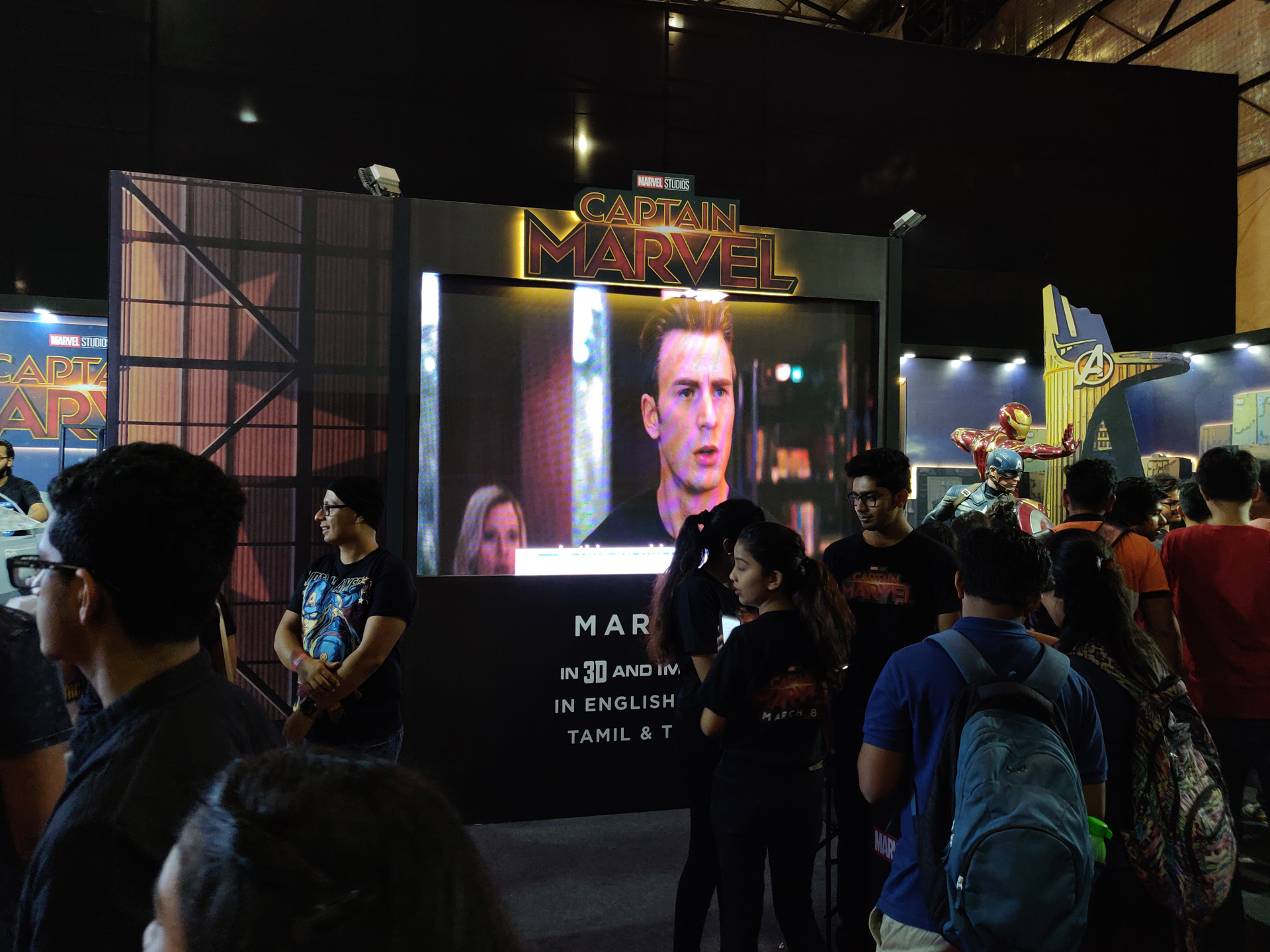 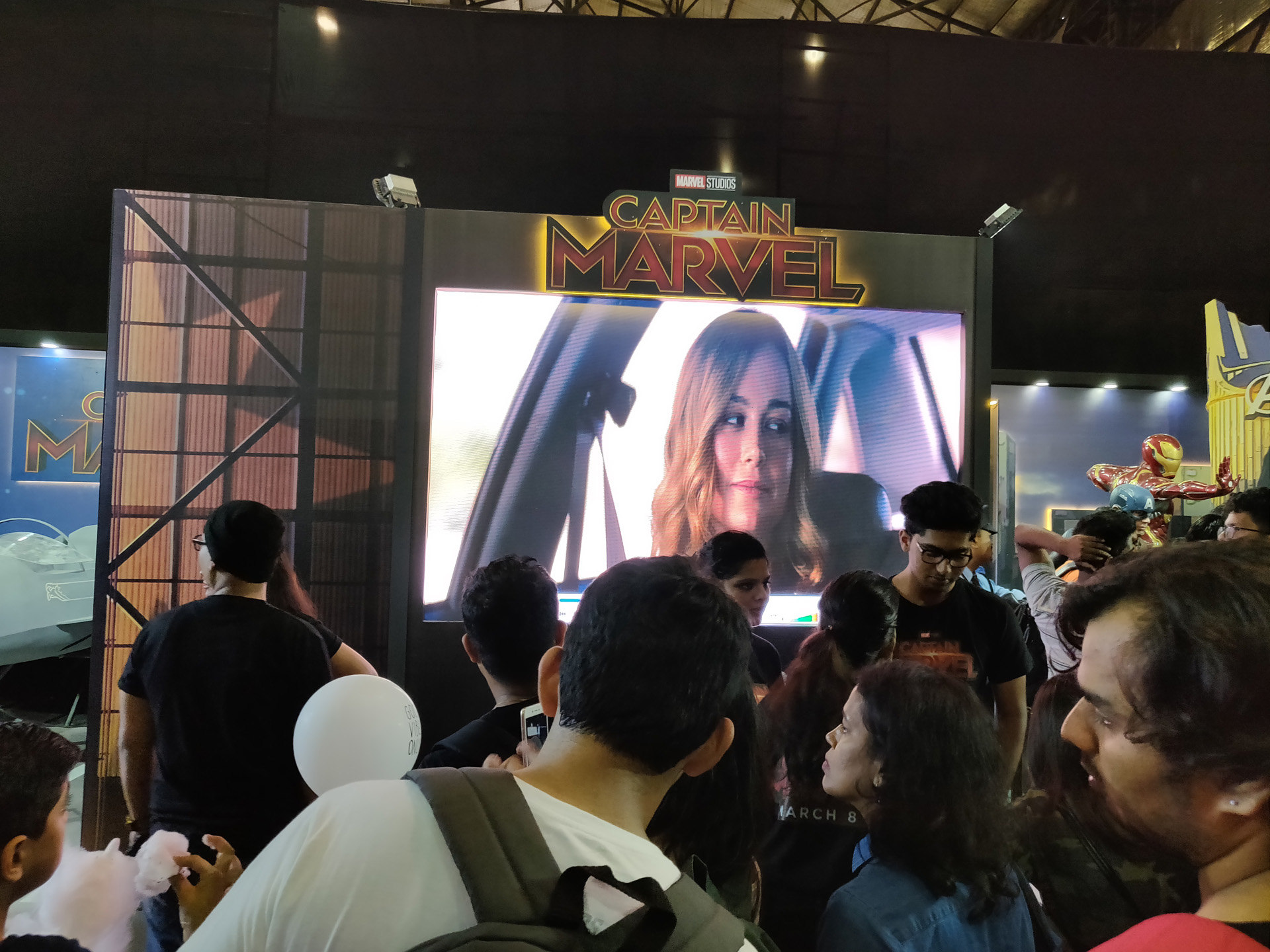 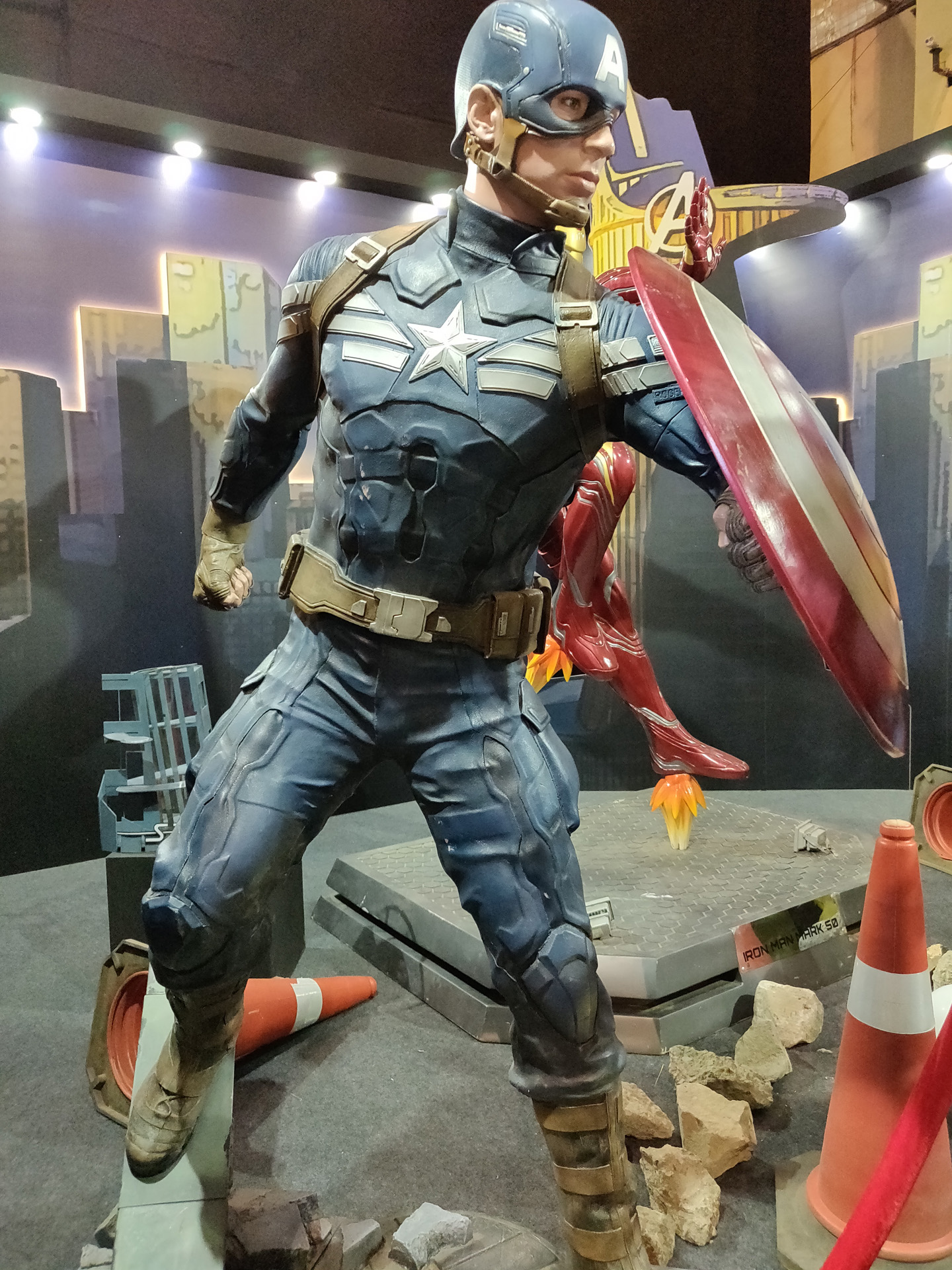 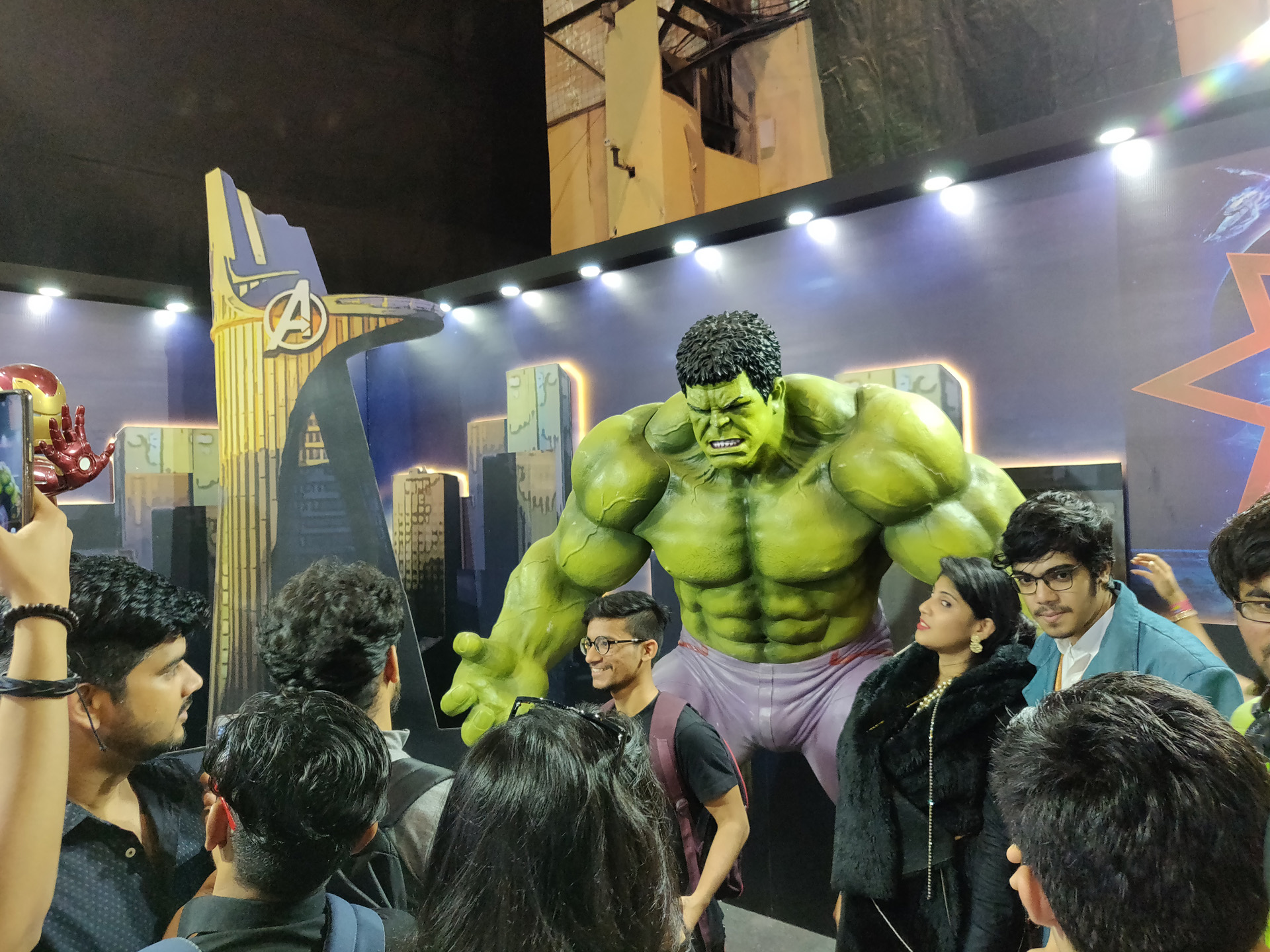 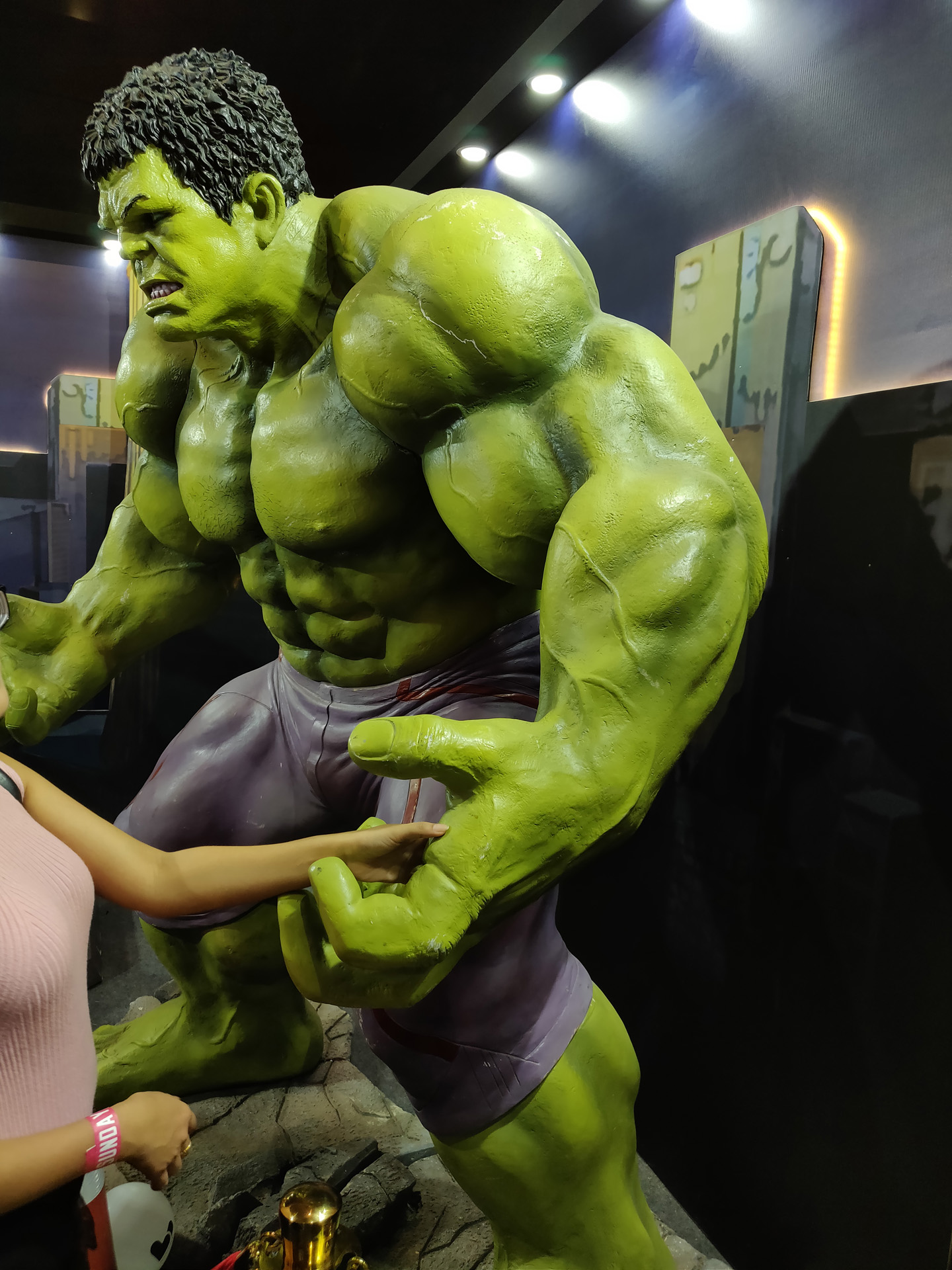 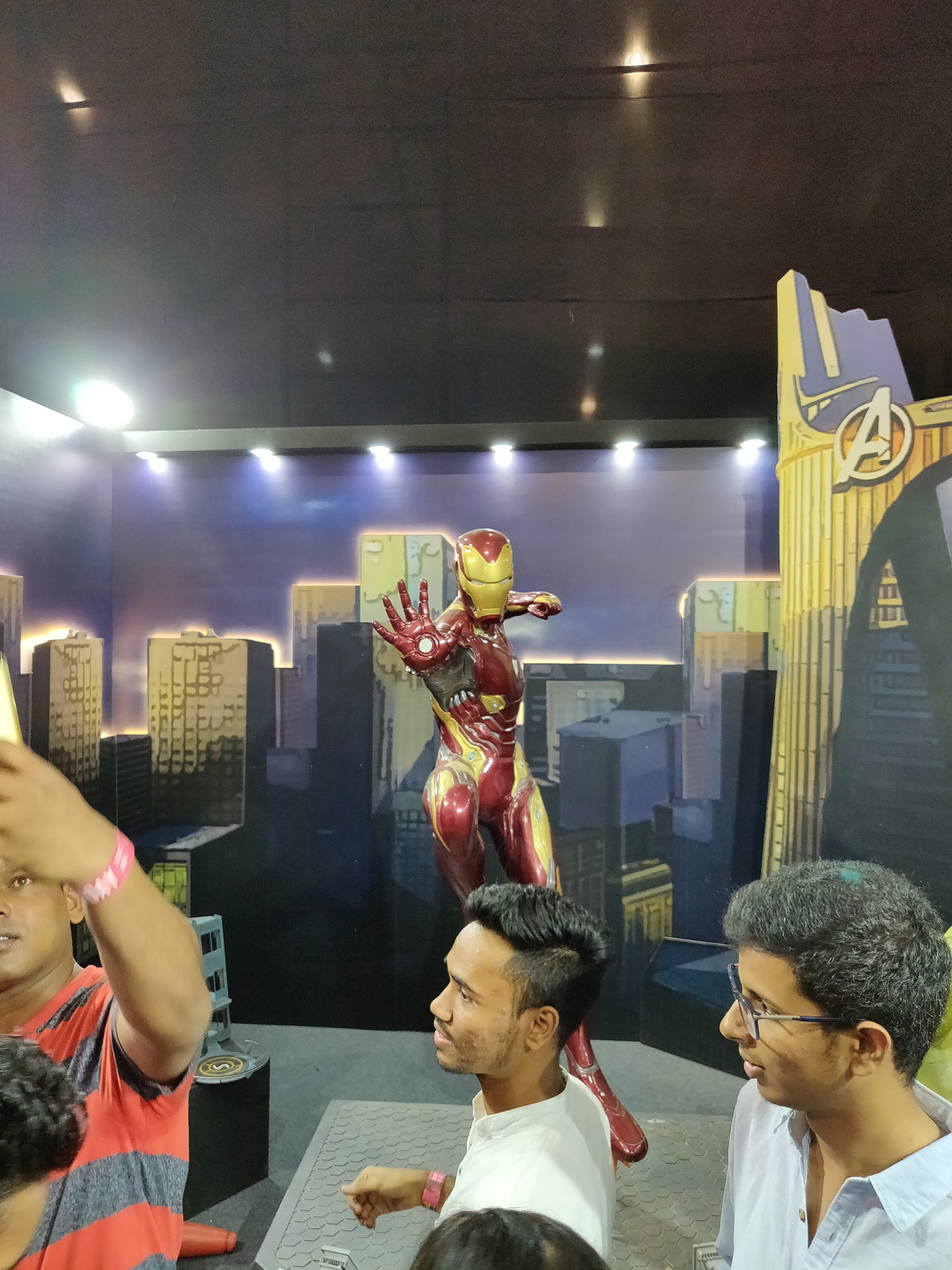 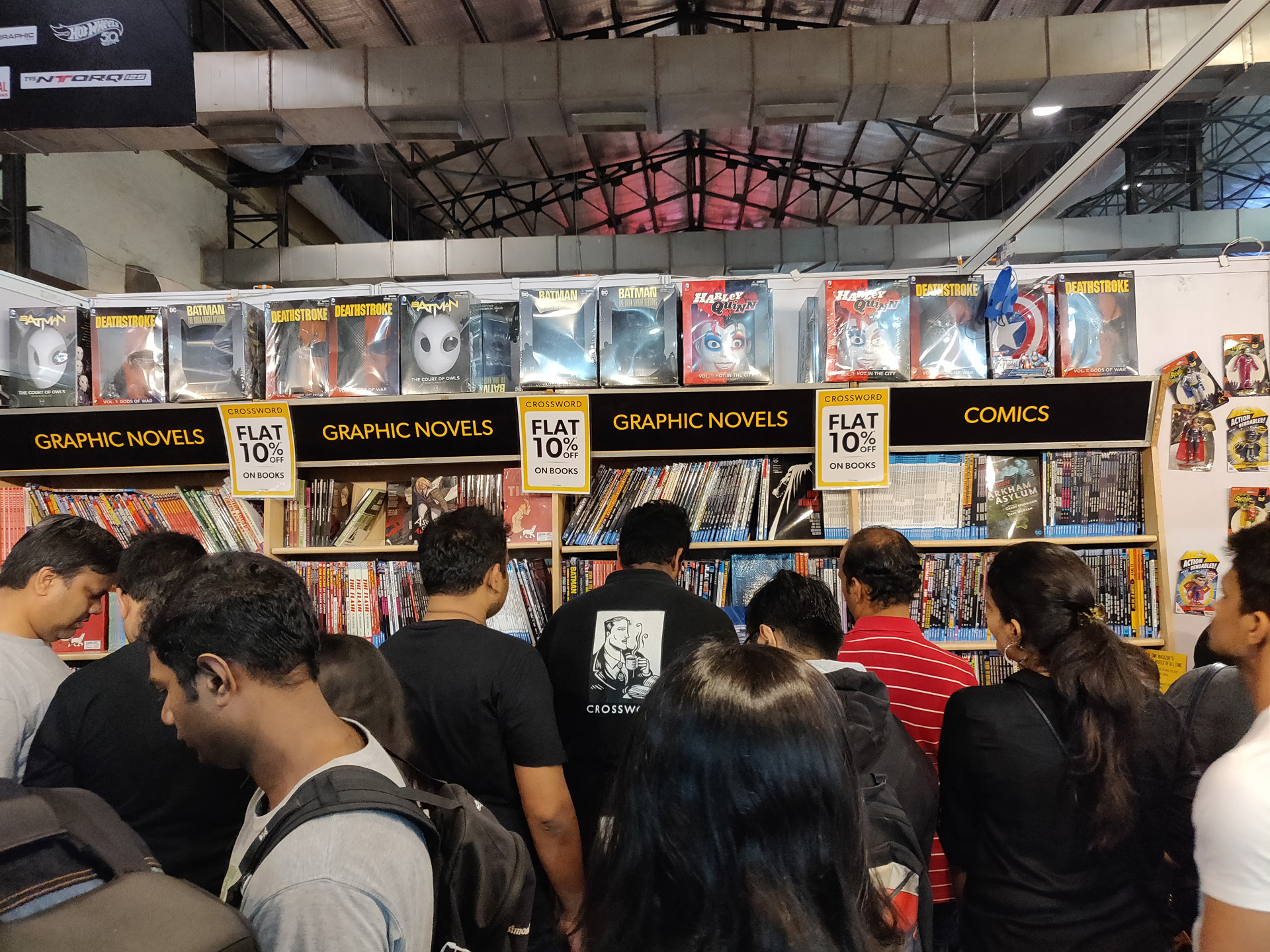 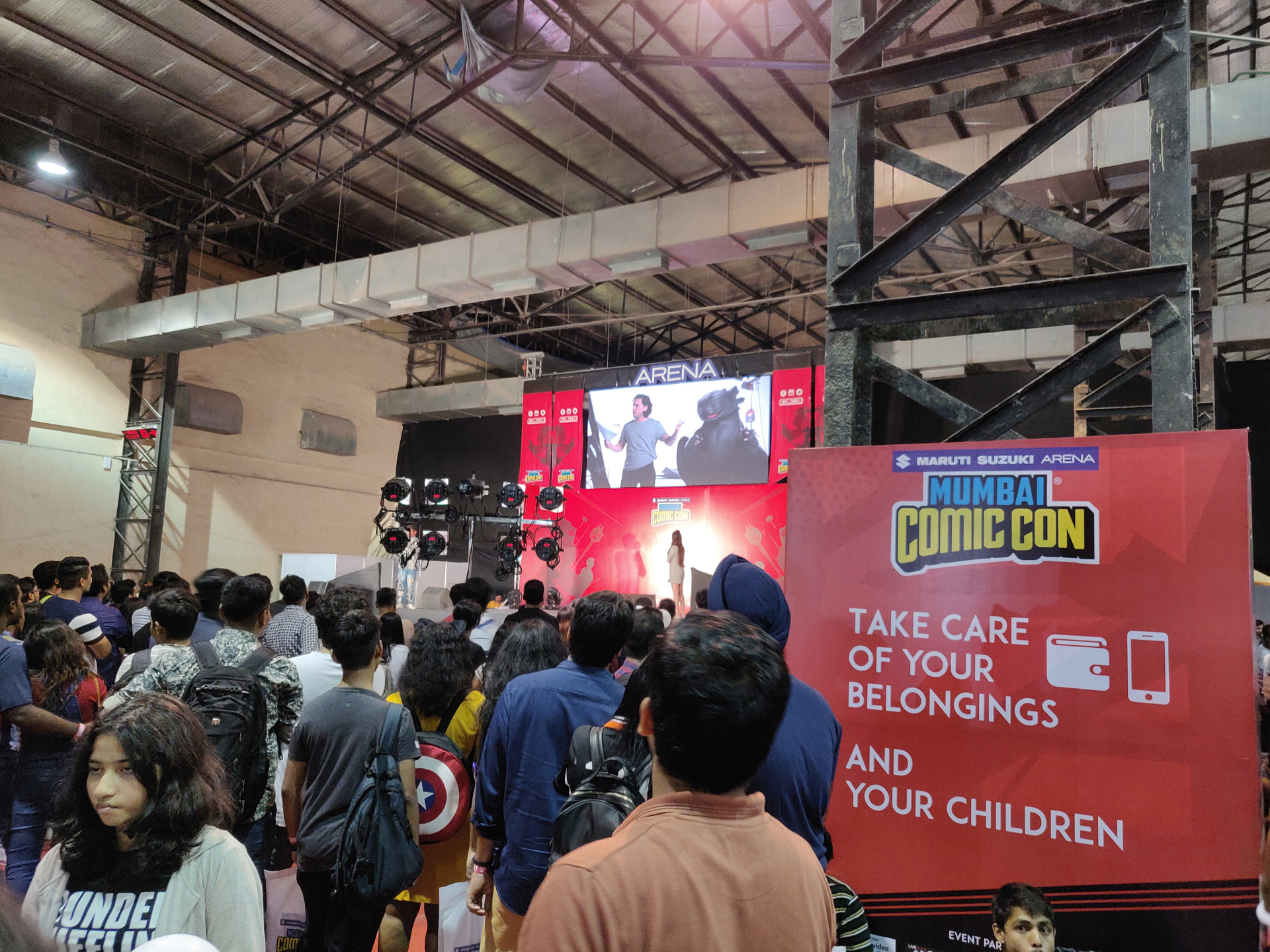 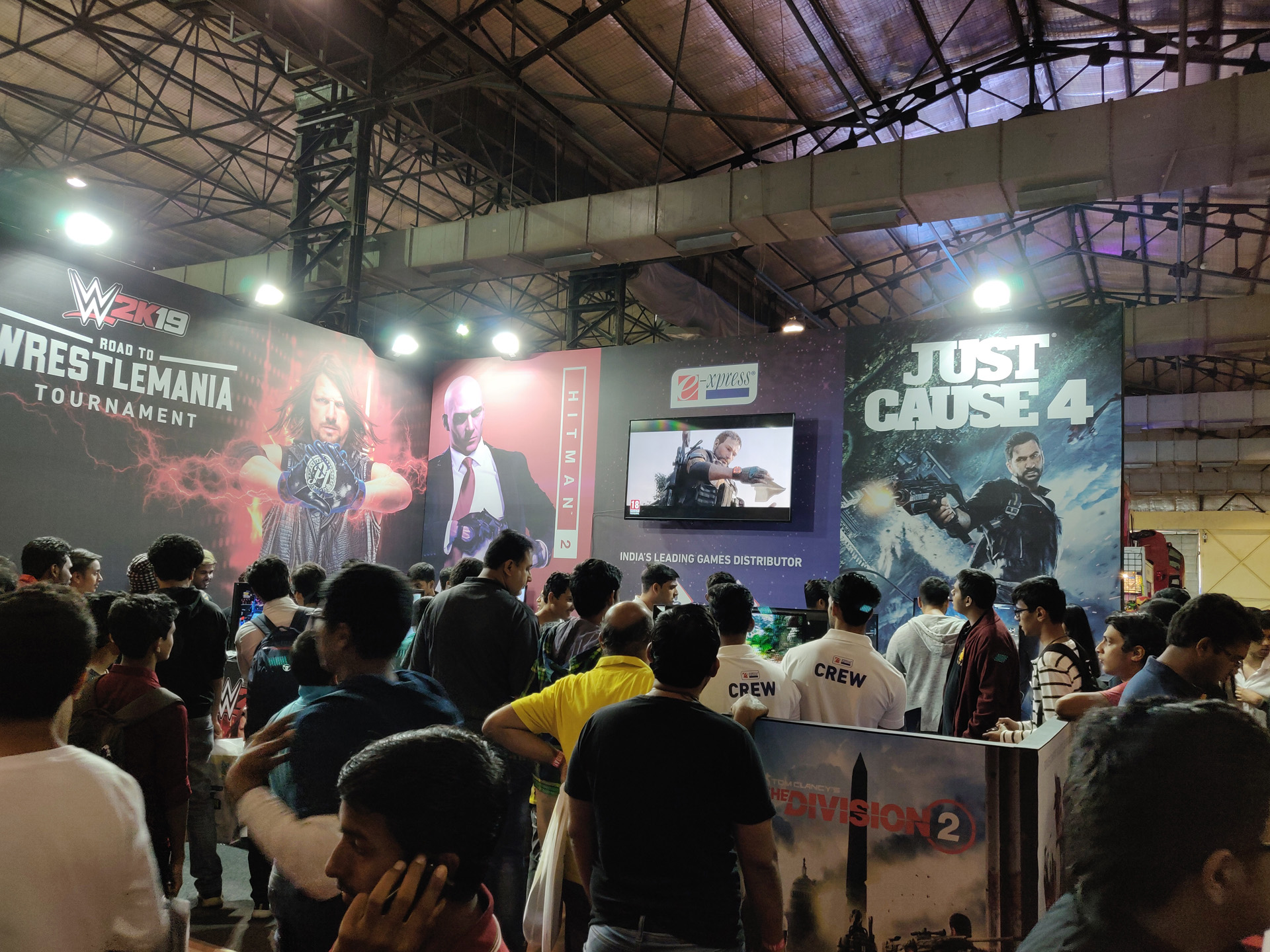 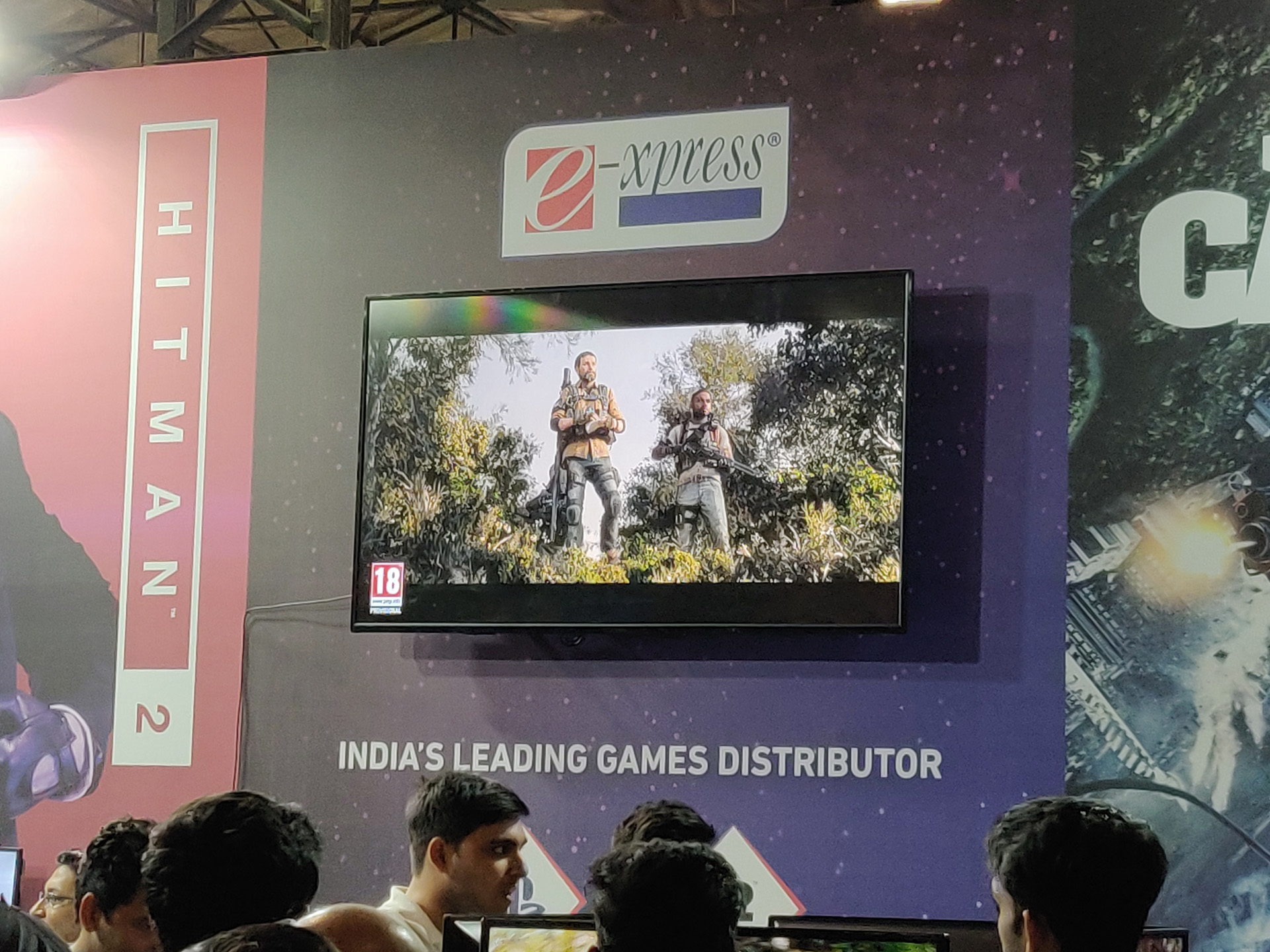 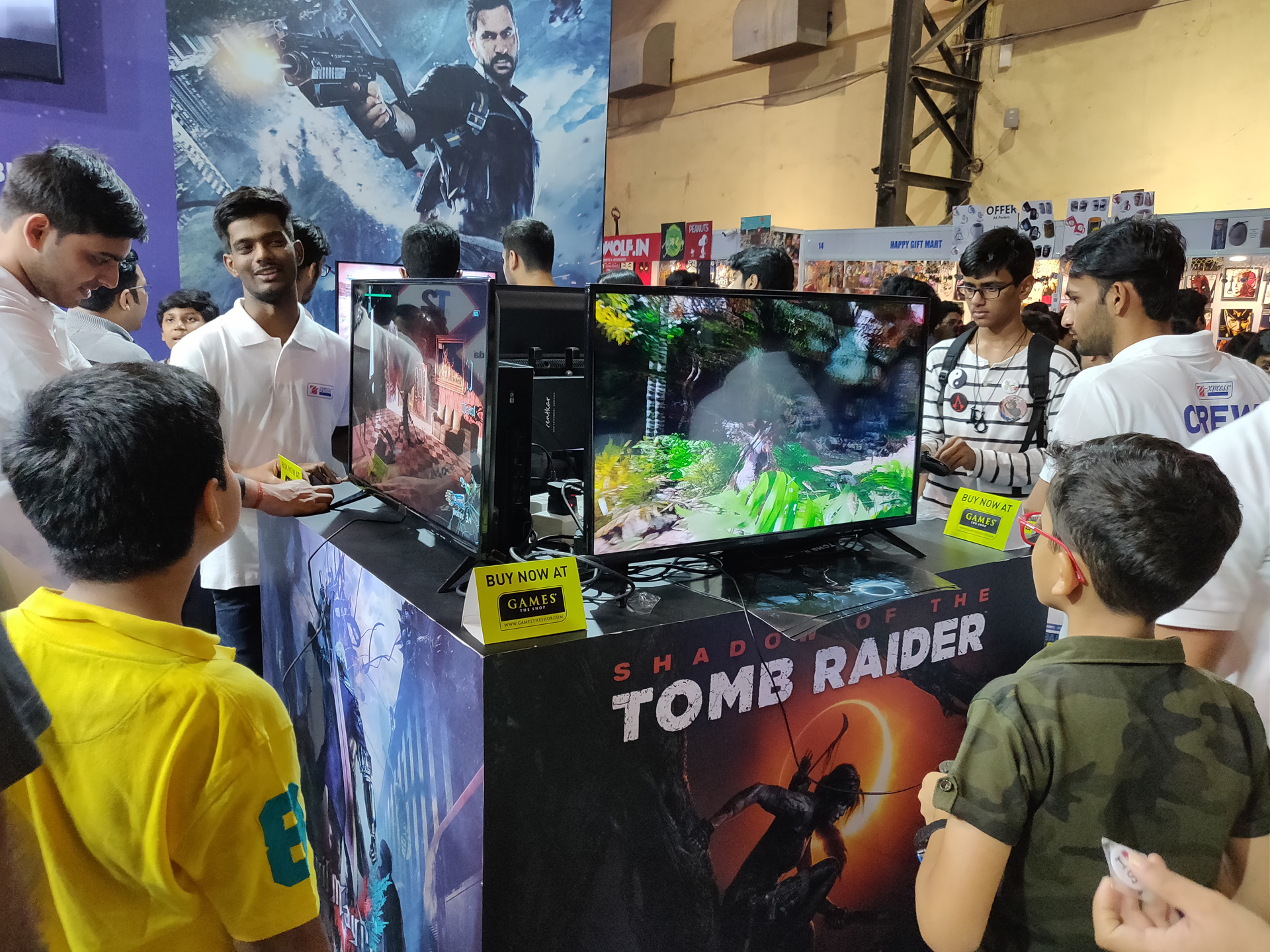 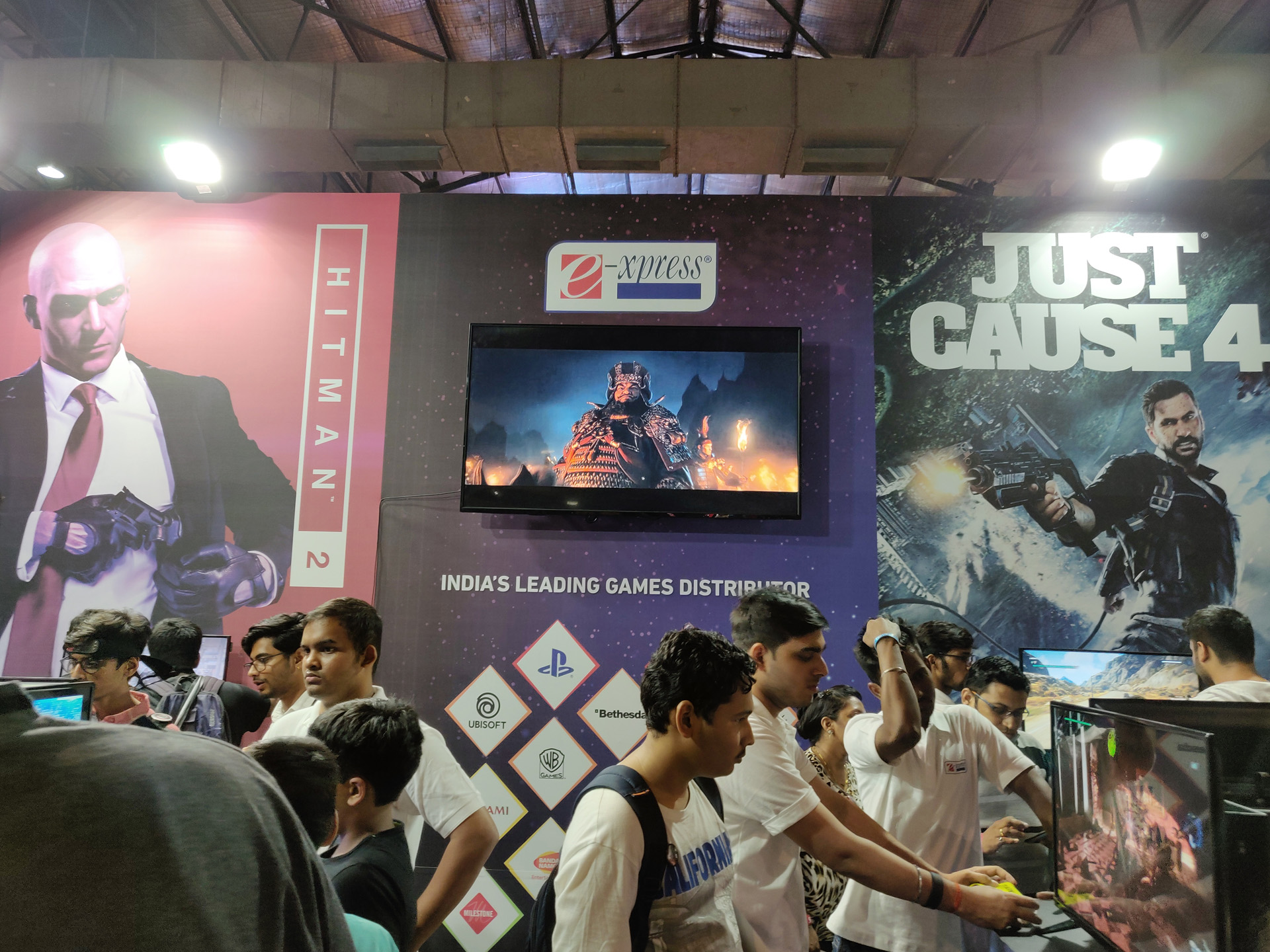 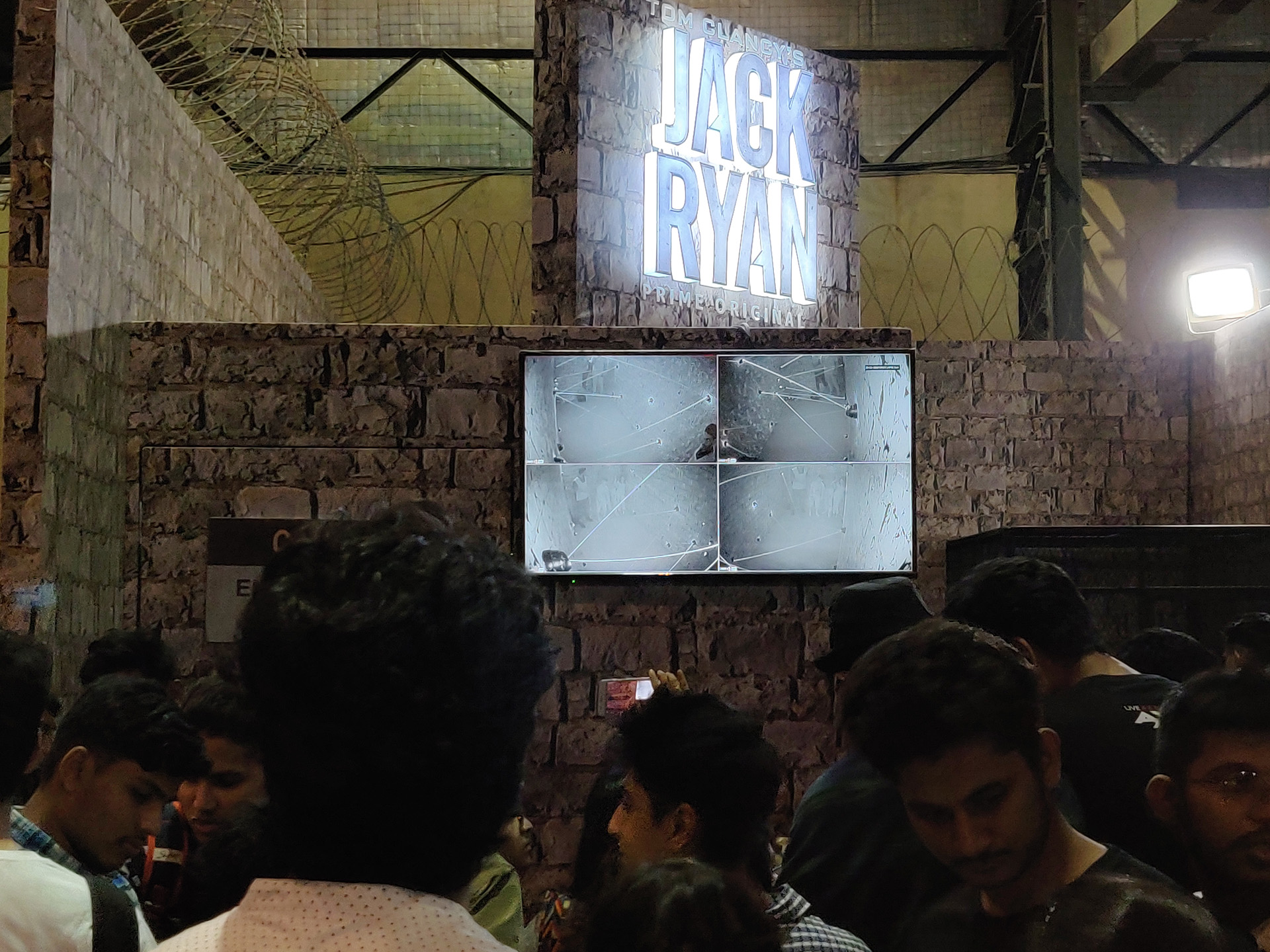 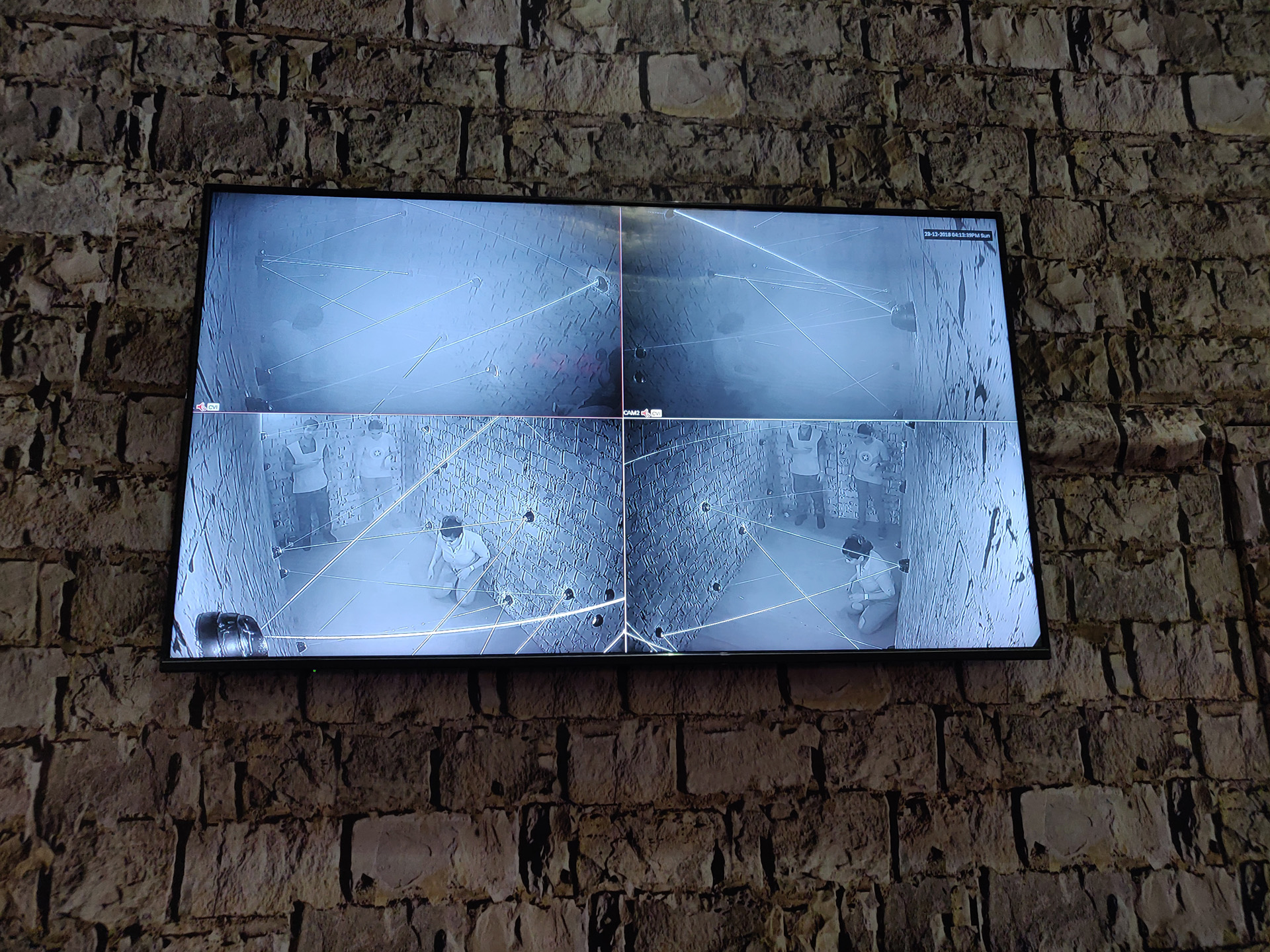 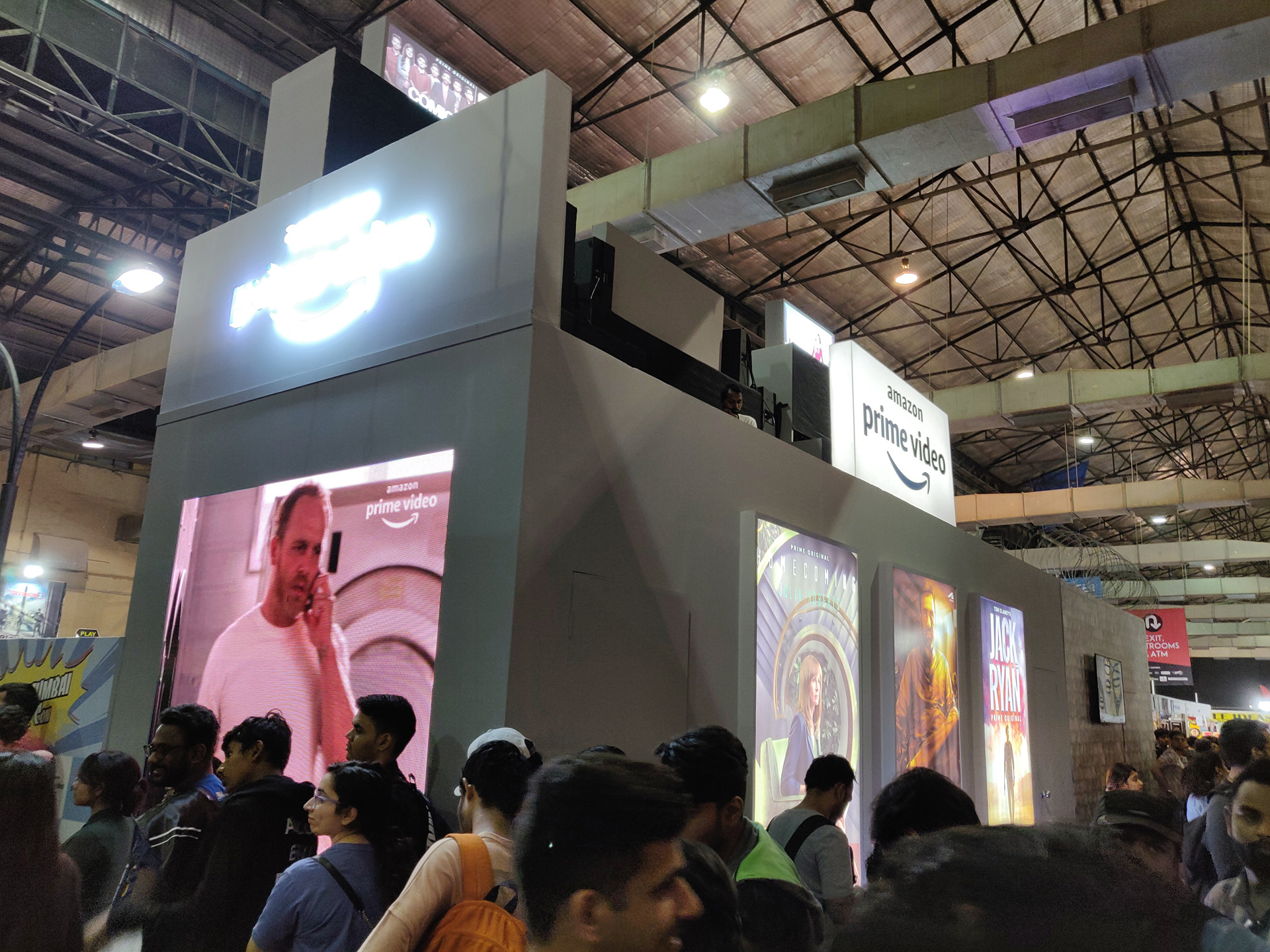 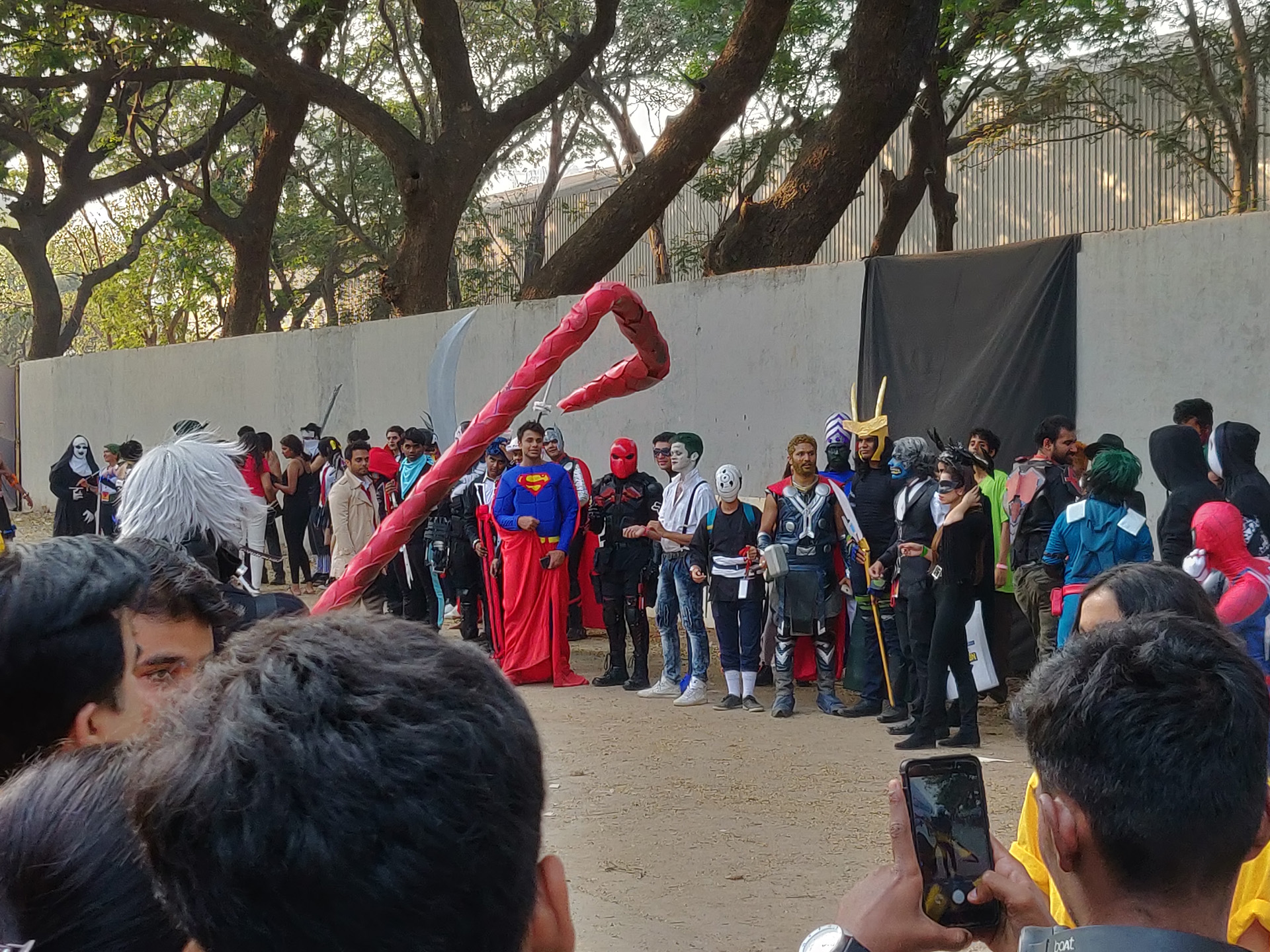 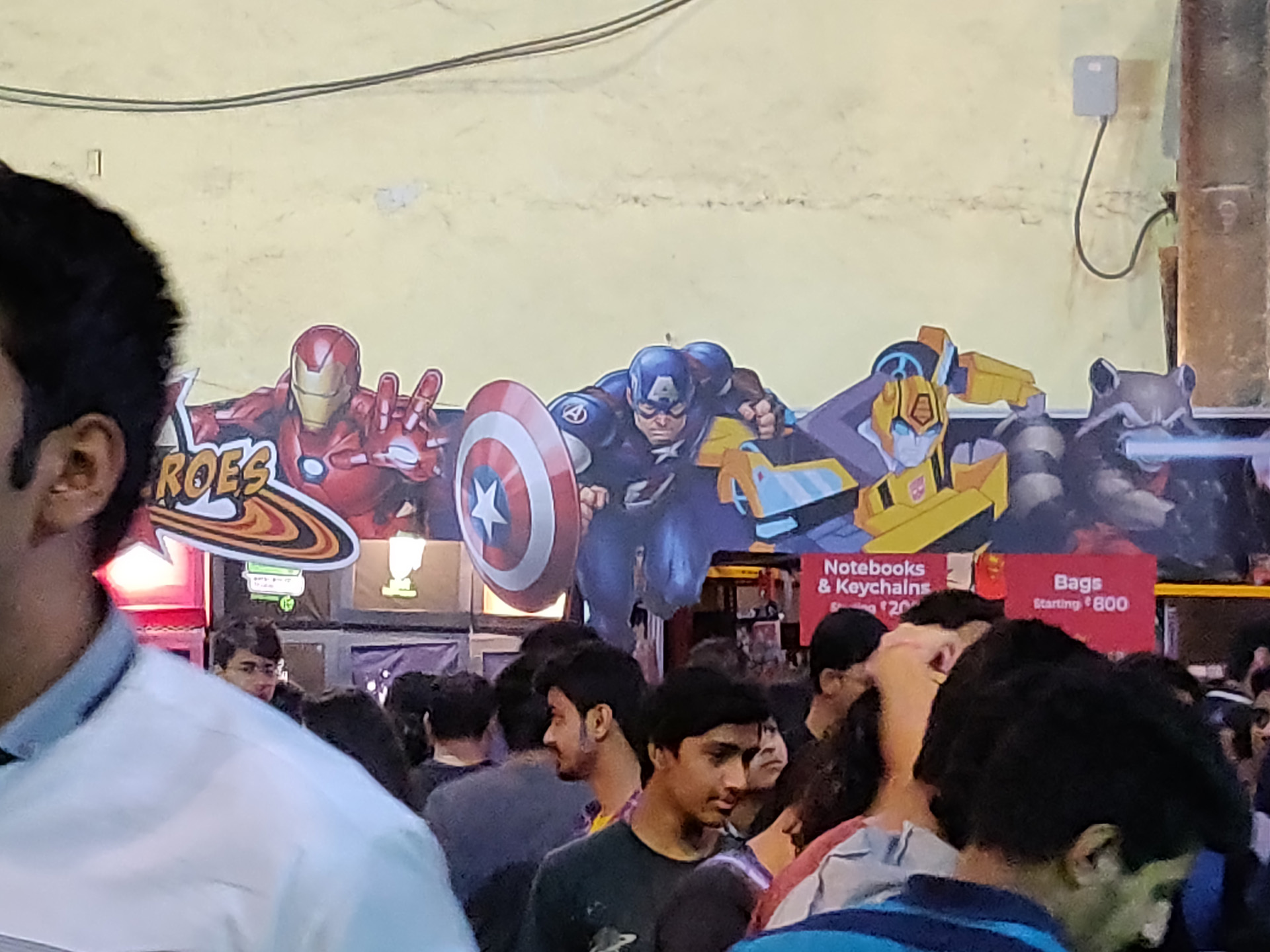 Spider-Man: Into The Spider-Verse – Movie Review