The posters while affiliated with Marvel, seem to be part of a promotional tie-in

The posters while affiliated with Marvel, seem to be part of a promotional tie-in 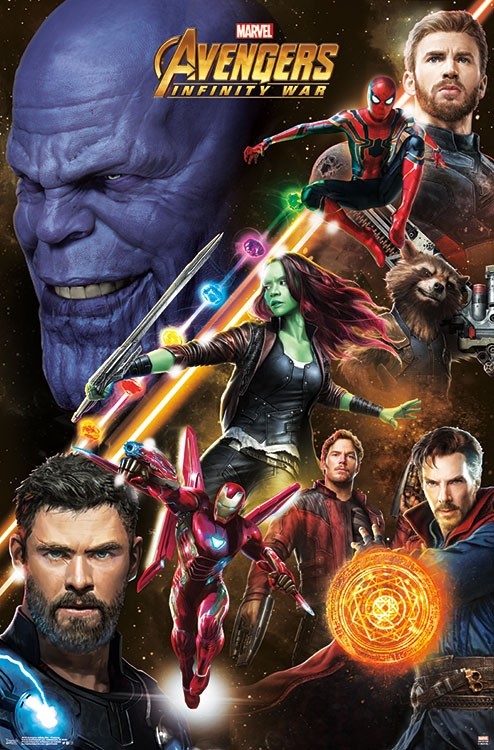 Avengers: Infinity War is gathering momentum once again after Marvel Studios shifted its release date one week ahead. On the sidelines, some promotional material has also started making its way online. This includes among toys and merchandise items, some additional promotional posters made by firm Trends International. While the posters will be available for purchase soon, we can still have a look at them, two of which have never been seen before.

Of the two posters, one is your standard traditional photoshopped mashup of all characters together on one side in varying poses with Thanos at the other and the Infinity Stones separating the two. It looks great for an Avengers: Infinity War move set to release in the 80s or if it’s meant as an intentional throwback. The poster has Thor with both his eyes intact however and seeing the amount of marketing material that’s popping up with Thor featuring both his eyes, we have to wonder if the God of Thunder will end up getting his eye back through the events of Infinity War.

The other poster is more artistic and shows Thanos with his children, The Black Order. All members or the Order are featured in the poster in full glory, including Cull Obsidian, Ebony Maw, Corvius Glave and Proxima Midnight at the center. A strange looking multi-tentacled creature also makes an appearance, probably one of the monsters at the side that the Avengers will fight in their quest to get to Thanos. Thanos himself as a massive blade on his right hand with the gauntlet on his left and looks all set to splatter some Avengers blood. On the whole, this poster looks miles better than the first one.

What do you think about these posters? Do you like the artwork? Sound off in the comments below: