Justice League clearly had a lot cut out from the movie to keep its run time under 2 hours as per a mandate by Warner Bros. CEO Kevin Tsujihara. With the movie’s Digital HD and Blu-Ray releases on the horizon though, a lot of that material is finally making its way out. We previously saw the two deleted scenes that were released a while back; now it looks like another sequence may have been cut out from the movie hinting even strongly at the presence of Darkseid.

A storyboard of the said sequence has been obtained by Screen Rant. While it’s not entirely clear what’s going on in there without context to guide it, it involves Darkseid unleashing the Motherboxes and resulting in some cataclysmic destruction, even taking down an arched Justice League banner in its wake. Speculation is rife that this would have tied in nicely with the Knightmare sequence from Batman v Superman: Dawn of Justice and could be a vision shown by Darkseid’s uncle Steppenwolf hinting at the future that awaits should they be able to access the power of the Motherboxes. 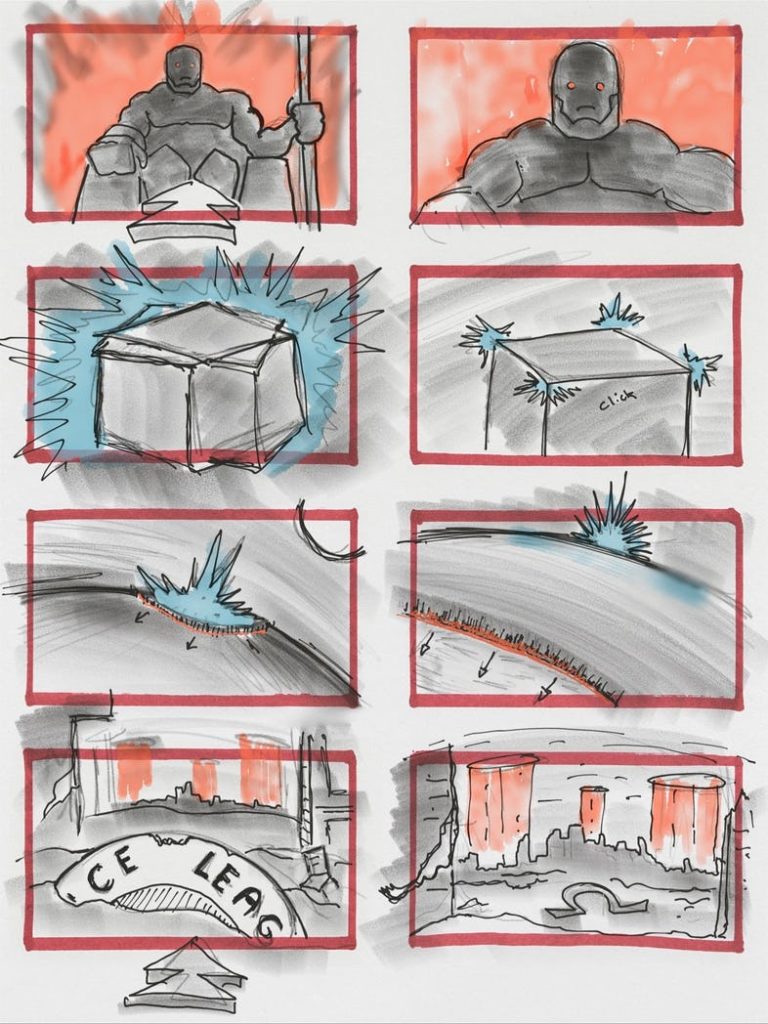 The scene itself may have been shot in some manner and lying on the cuts somewhere. Seeing the amount of CGI involved though, it’s highly unlikely it will make its way out in any other form. To catch more of the behind the scenes stuff involving Justice League though, look no further than to buy it on Digital HD (which is out now) and Blu-Ray on March 4.