The WandaVision poster is especially creative. 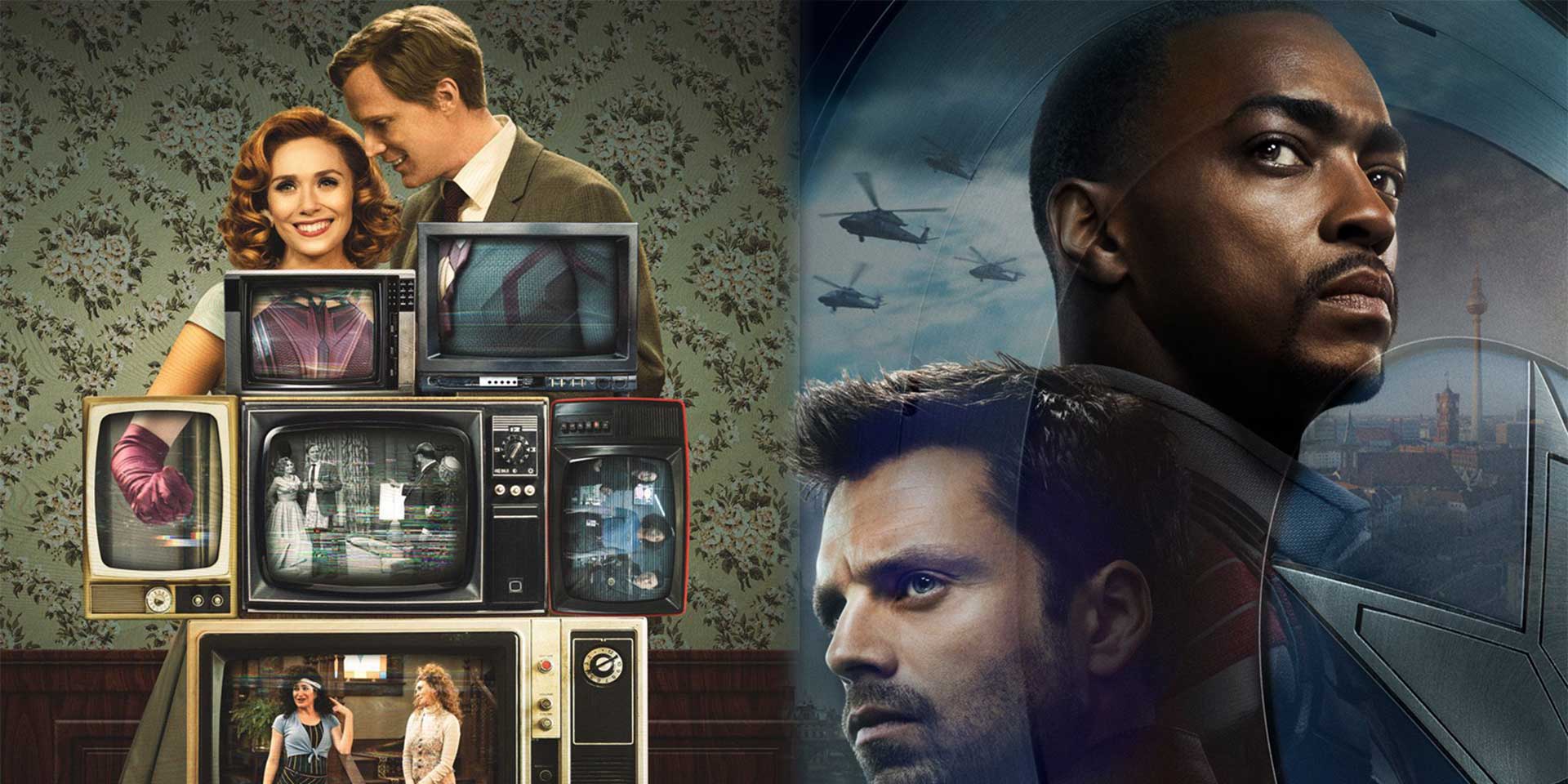 Disney+ unveiled new posters for its upcoming Marvel TV Shows WandaVision as well as The Falcon And The Winter Soldier. The posters were shared by Disney’s President of Marketing Asad Ayaz. The latter is pretty straightforward, with its leads plastered together with the shield, a few choppers and a place of interest in the background in what evokes memories of the standard Marvel Studios poster. The one thing we can probably glean from this one is some pivotal locations that the show will feature.

The new WandaVision poster on the other hand is especially creative. It features both Wanda Maximoff and Vision amid a slew of old TV Sets evoking the 60s feel that the show is aiming for. Some TVs are see through however and you can see Wanda and Vision through them, suggesting that the lines between reality and sitcom fiction are blurred in this one. Yet another way of nudging the theory that Wanda ends up creating her own reality, something that was strongly hinted at in the leaks and the recently released trailer.

The posters might also hint at the different aesthetics that the show will take. Based solely on the marketing thus far, WandaVision looks to be far more edgier and creative than The Falcon And The Winter Soldier which looks like typical Marvel Studios Winter Soldier fare at this point. Then again, it’s probably for the best, giving fans a mix of originality alongside the safe Marvel shehnanigans that they have come to expect.

WandaVision premiers on Disney+ on January 15, 2021 while The Falcon And The Winter Soldier premiers on the streaming platform some time in March.