An exclusive look at the cast has fueled speculation further. 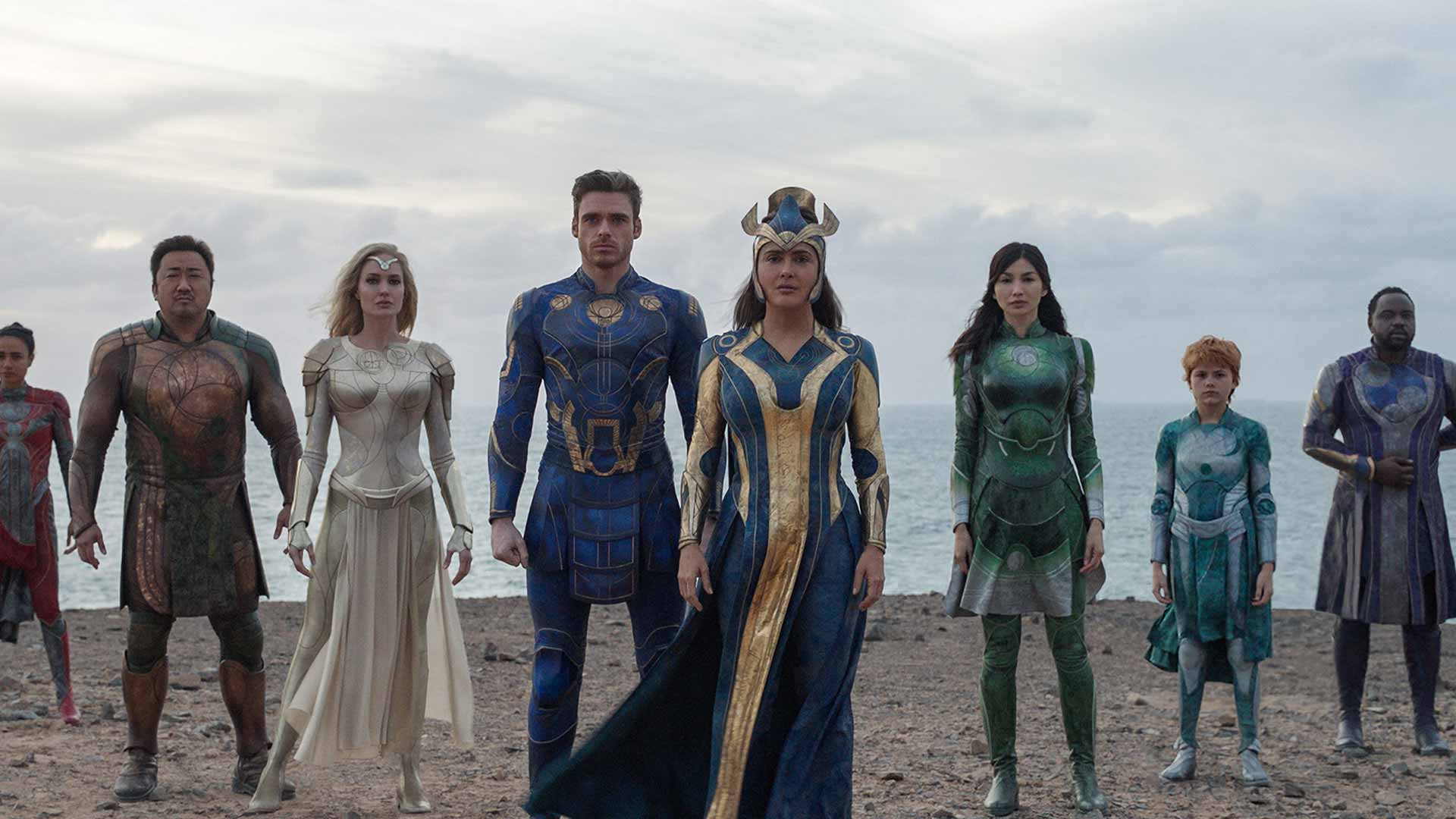 The Eternals is set to get a brand new trailer this Thursday if online buzz is to be believed. There isn’t a definite source being credited for kickstarting this rumor although certain posts point to prolific leakster DanielRPK. And it would’ve been just that, a rumor, were it not for a barrage of new info being released about the movie.

Entertainment Weekly has dropped an exclusive on the film detailing the journeys and experiences of the directors and cast with their characters. A high resolution still has also been released, although it’s not a new image. The said shot shows the Eternals converging atop barren vistas and was also seen in the first teaser. It’s just a more stable, clearer and less blurry version of the same shot.

What’s interesting though is the new tidbits released around the image (at least they seem to revolve around this shot). It’s no secret that Chloe Zhao, the Academy Award wining director of Nomadlands, was a strong proponent of shooting on location. And she convinced Marvel to ditch the blue screen as much as possible and film on natural areas instead. For this one then, the cast and crew trekked to the Canary Islands to a place called Fuerteventura and captured the shot in an extremely windy environment, with grand operatic music playing in the background. It’s the Eternals arriving on earth in 5,000 BC.

It was probably the windiest cliff that I have ever been on. You’d have to have a helicopter to achieve the wind that we had that day.

We had our whole cast standing on that cliff in their costumes, and we played really loud operatic music on the speaker, just blasting that through the wind. Seeing my cast coming together in formation as the Eternals, with the beauty of this ancient-looking landscape, and the ocean and the sky, that was…”

I mean, I couldn’t stand because I felt like I was getting lifted by the wind. But other than that, it was pretty awesome.

There’s a lot more info about the movie so head on over to the source article to check the whole thing out. Or, keep checking this site as I’ll scrounge the piece for the more relevant, juicy bits.

The exclusive’s release however has set an online frenzy with now everyone aboard the trailer-arriving-Thursday train. It has been some time since the teaser dropped after all so if it arrives, it’ll be fun to dissect. Plus, all Marvel fans planning on watching Shang-Chi and the Legend of the Ten Rings in theaters would be treated to an extra doze of fun as the trailer gets attached to that movie’s screenings.

The Eternals is set for a November 5, 2021 release in theaters. At this point, it’s unclear if the movie will release on Disney+ on the same day via PVOD. Meanwhile, check out the teaser trailer that dropped a few months back if you’re in the mood to refresh some memories.