The set photos from Nolan’s Tenet have everyone speculating. 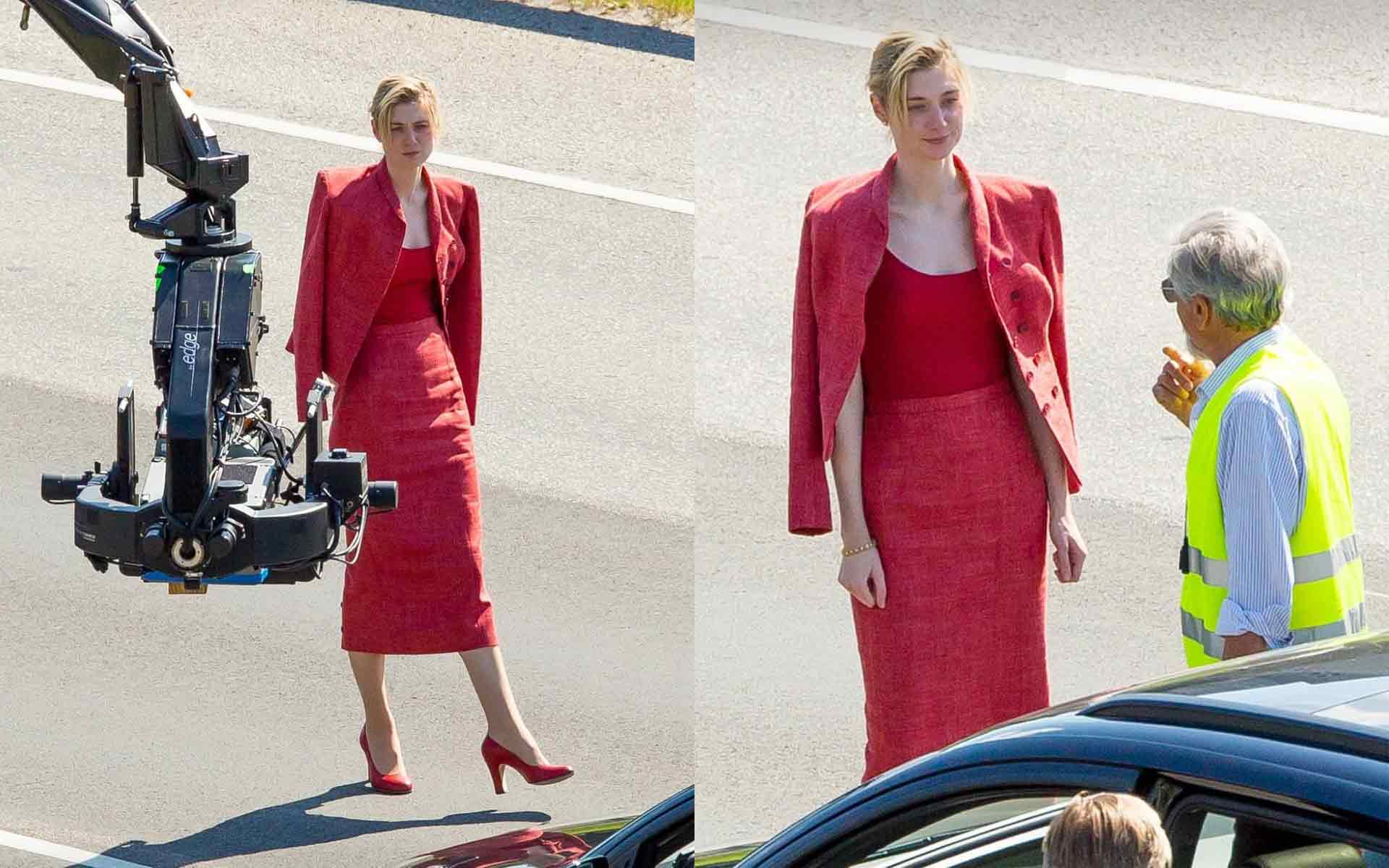 With Christopher Nolan‘s Tenet filming out in the open, plenty of set photos and videos are consistently making their way to the internet. In the most recent batch of photos, Elizabeth Debicki can be seen wearing a red dress and in clear view, captured with a rather beaten down look on her face, suggesting something’s not right with her character. It also looks like she’s forced into an SUV; is she being taken hostage? Have a look. 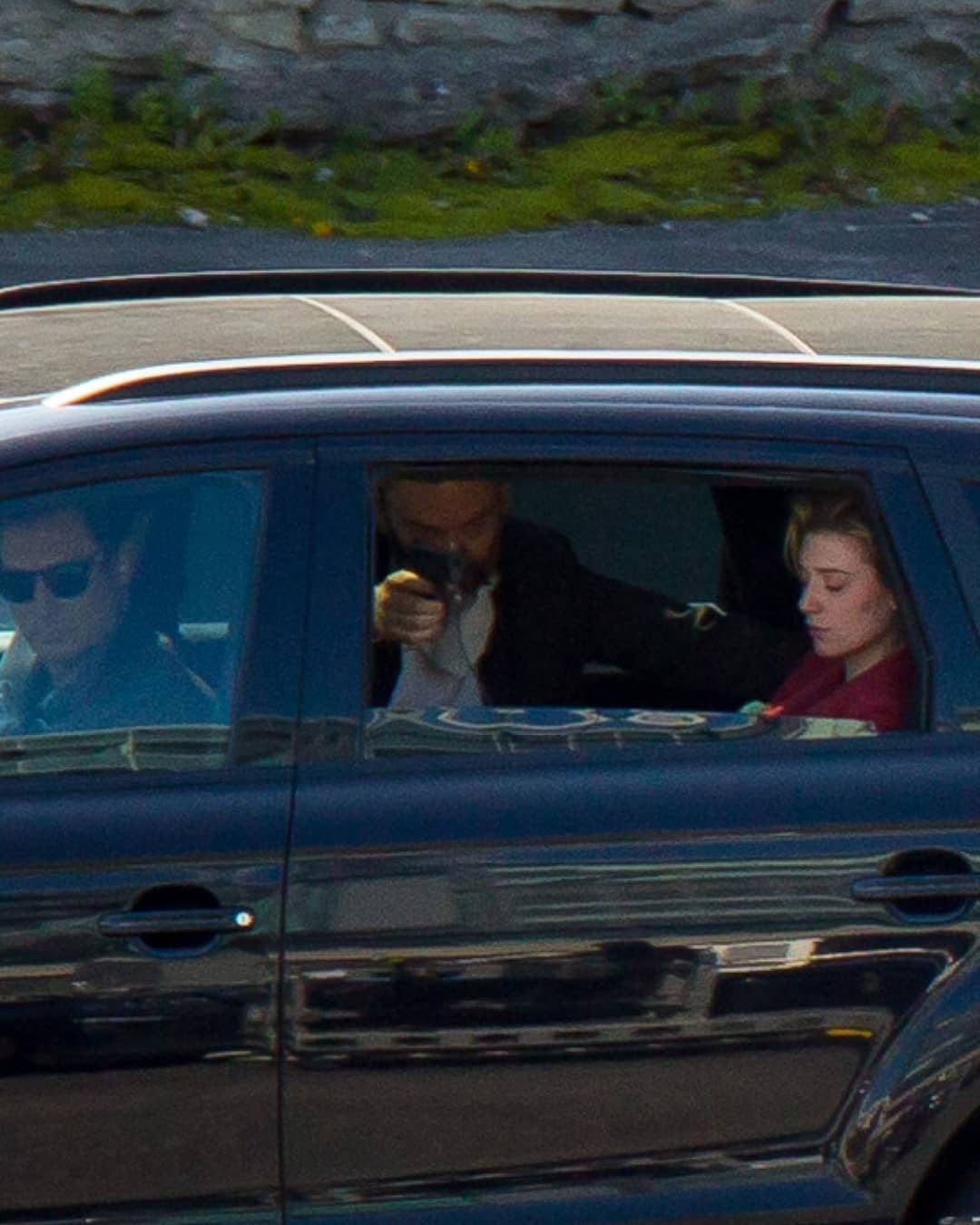 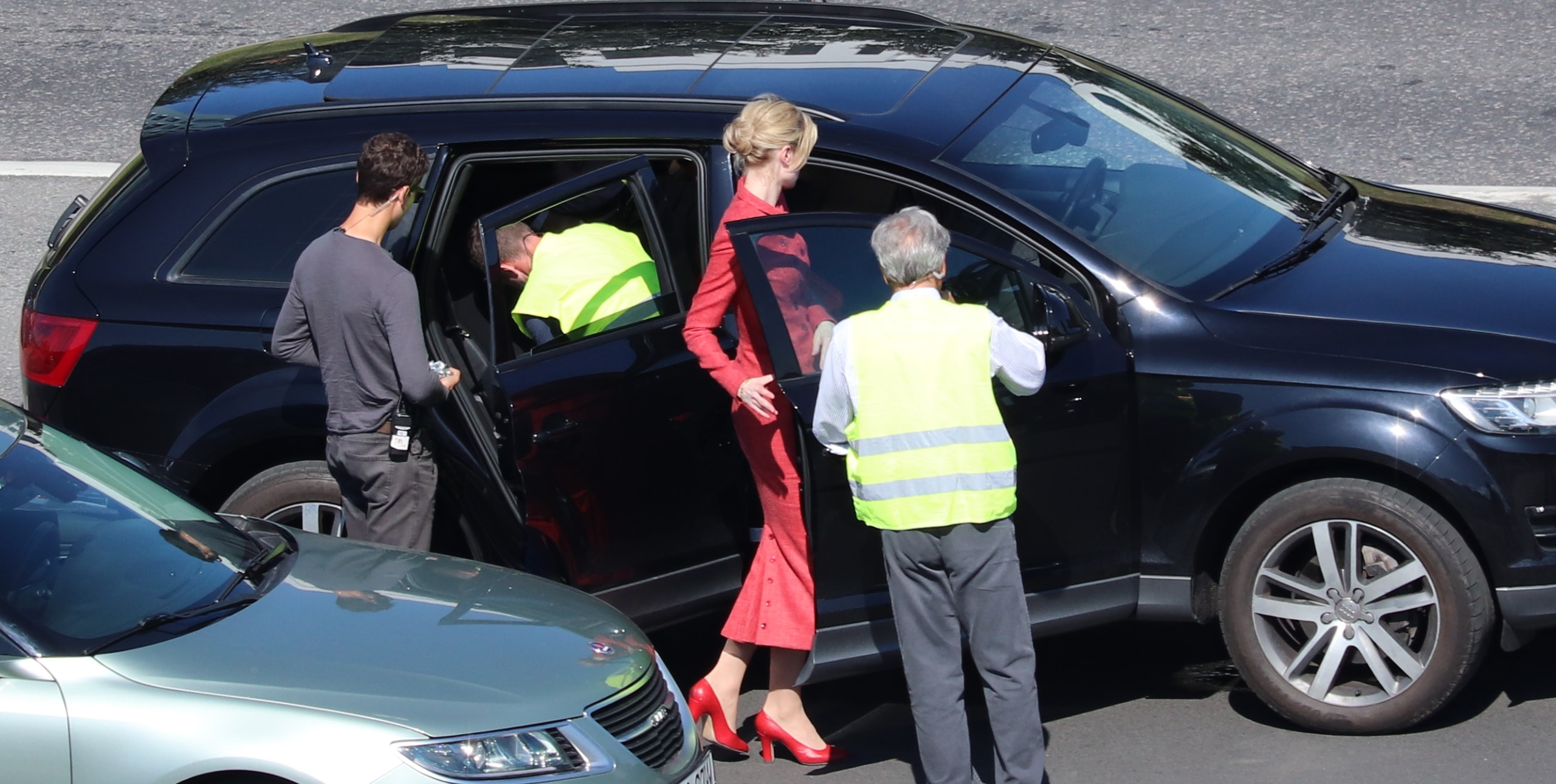 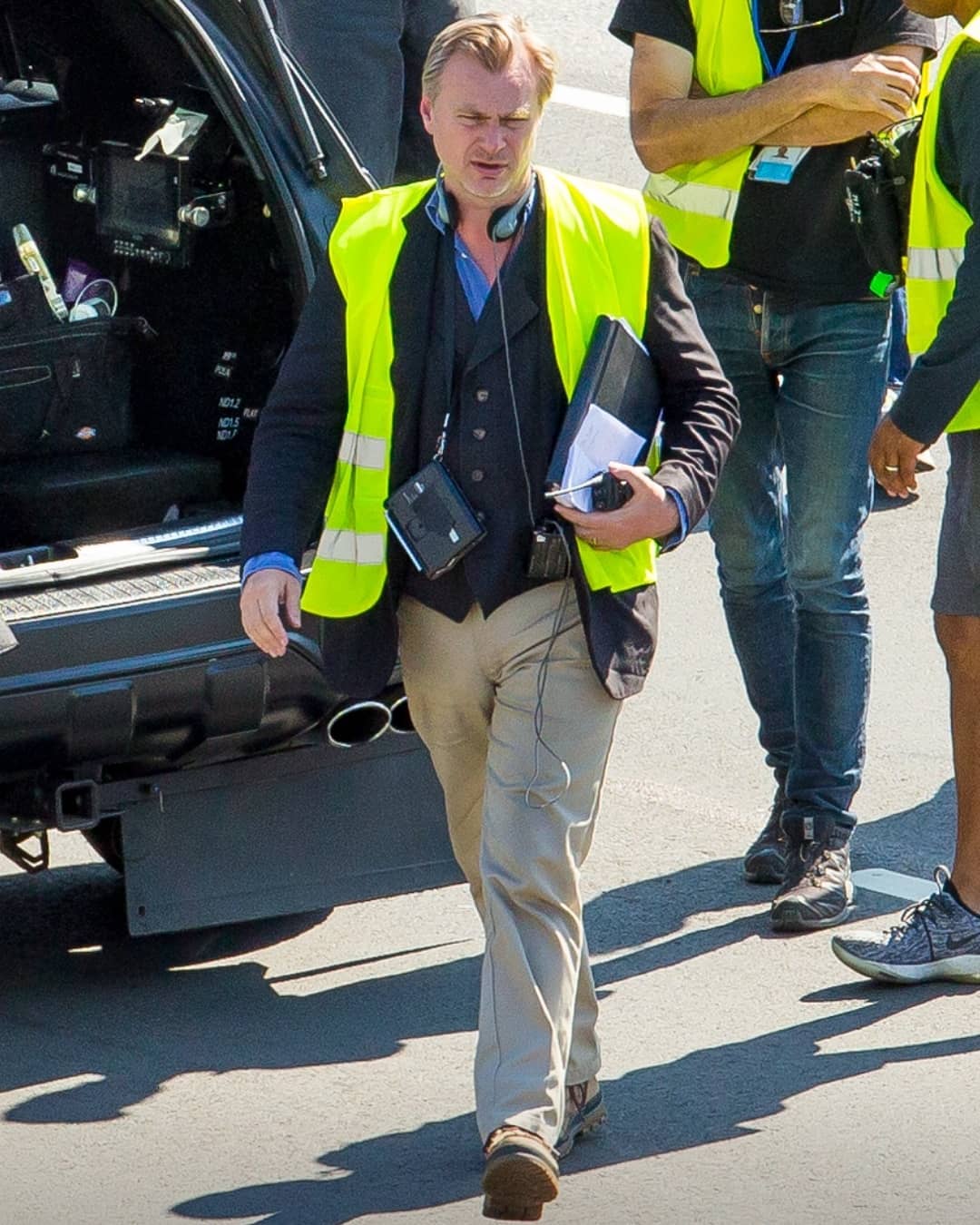 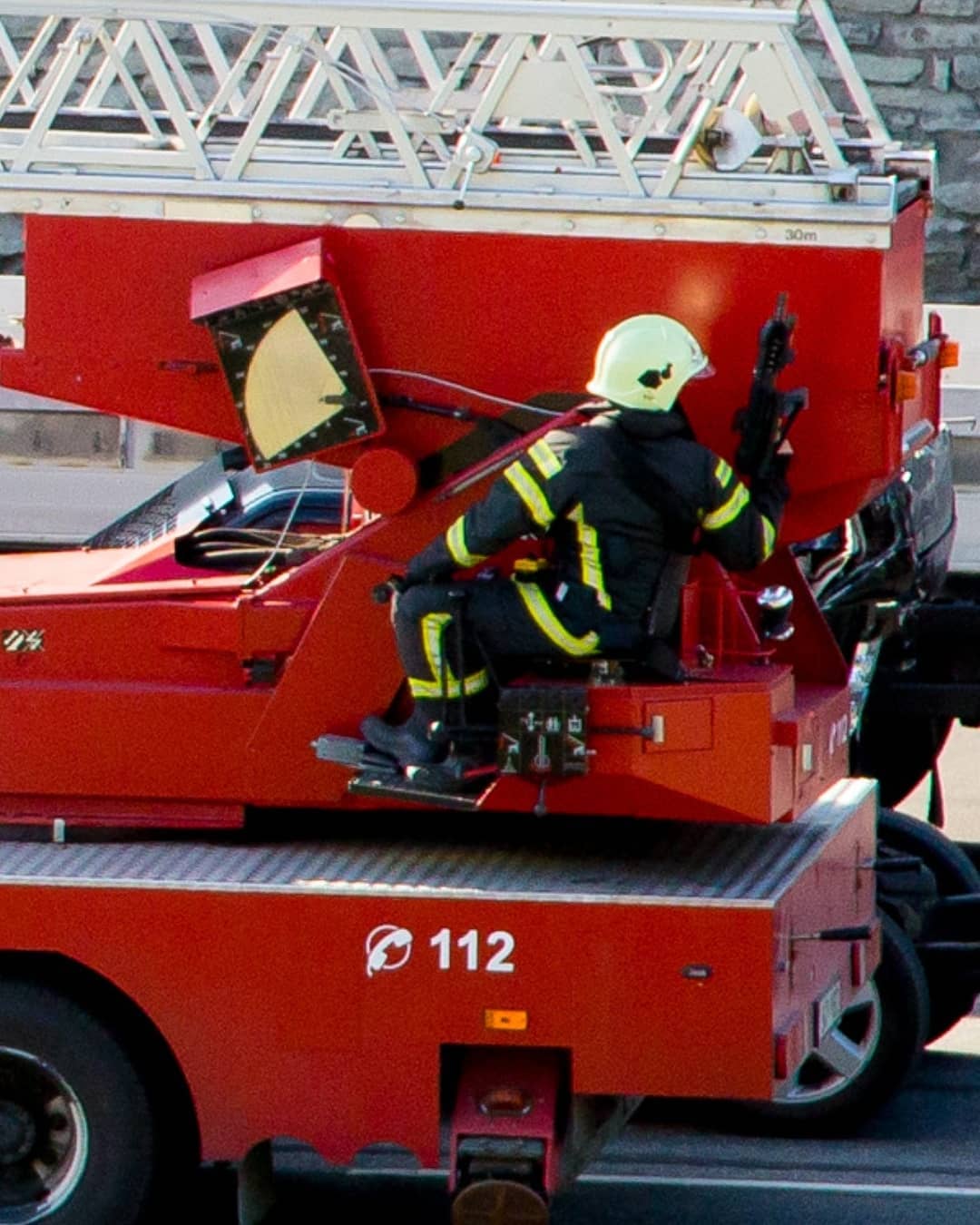 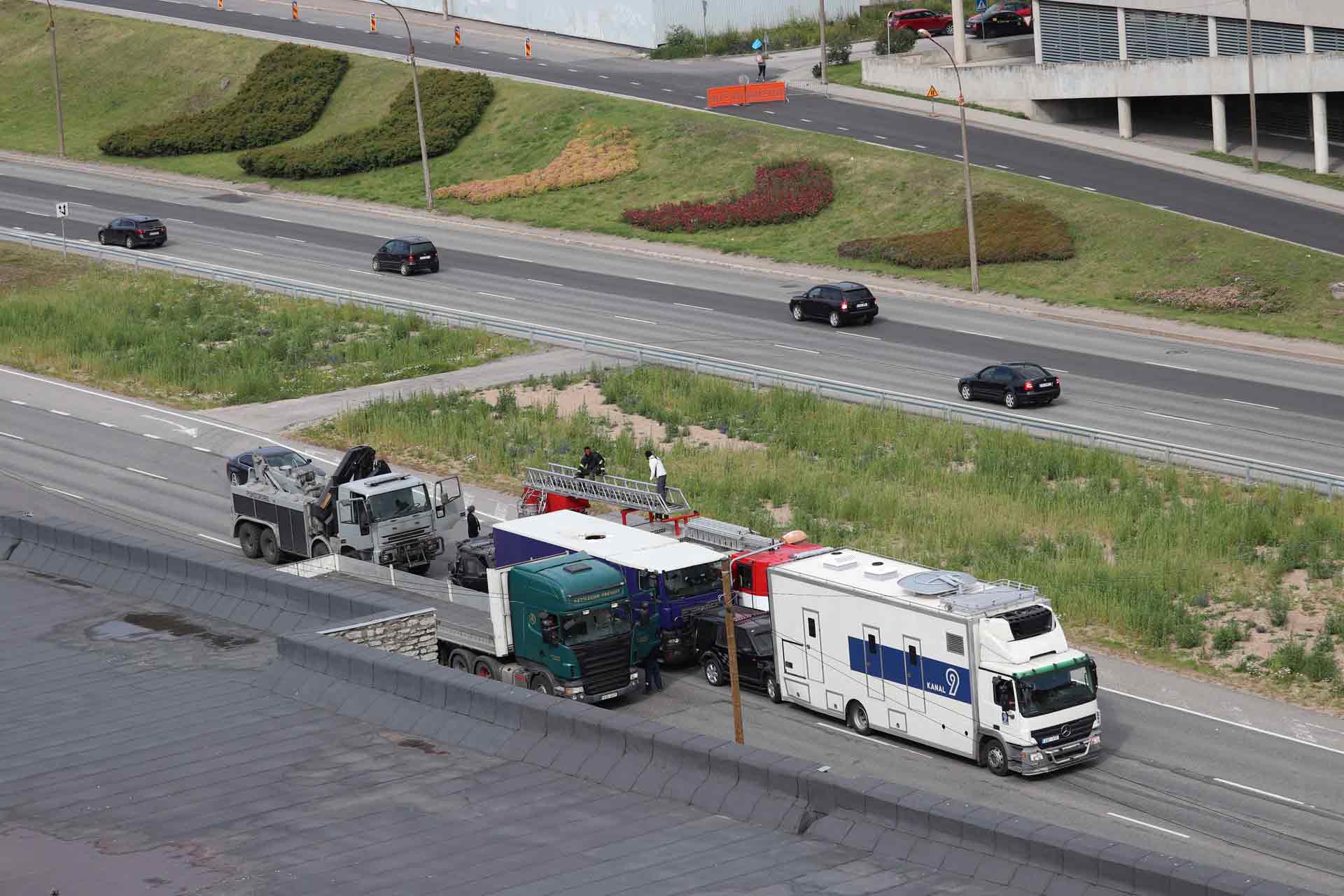 The big sequence continues to be the one filmed at Estonia’s Laagna Road, for which the filmmakers had to go through some trouble to secure permits. What’s being filmed though has everyone scratching their heads as cars are seeing moving backwards in many shots. Normally, this would be a case of vehicles resetting to their original positions, a common sight with action bits involving cars and other vehicles. In Nolan’s case though, everyone is speculating some twisted time shehnanigans on the director’s part.

These doubts were accentuated when, in some set videos, the background vehicles were shown moving backwards in slow speed as the firetruck and SUV central to the scene were driving forward in normal speed. For all we know, it could be a filmmaking technique to amplify the speed of the background vehicles or something that is best explained once seen on film. But for now, fans are excitedly pointing to a case of time manipulation, or some sort of weird distortion of our reality, not unlike the Inception sequence where the building folds over itself and cars are flowing in all directions.

Whatever be the case, the videos are certainly cause for intrigue. John David Washington and Robert Pattinson are at the center of the action, and from his garb, Pattinson’s character looks like he’s playing a government agent of some sort (or someone disguised as an agent). The duo look like they’re attempting to pull off a heist that involves climbing aboard a firetruck and shipping or extracting some device through it. Again, all of this is just speculation based on set pictures and videos and for all we know, it could turn out to be something else entirely on film. It sure is going to be great seeing Tenet in IMAX.