Runaways delivers an entertaining episode that unites the core 6 members once again. 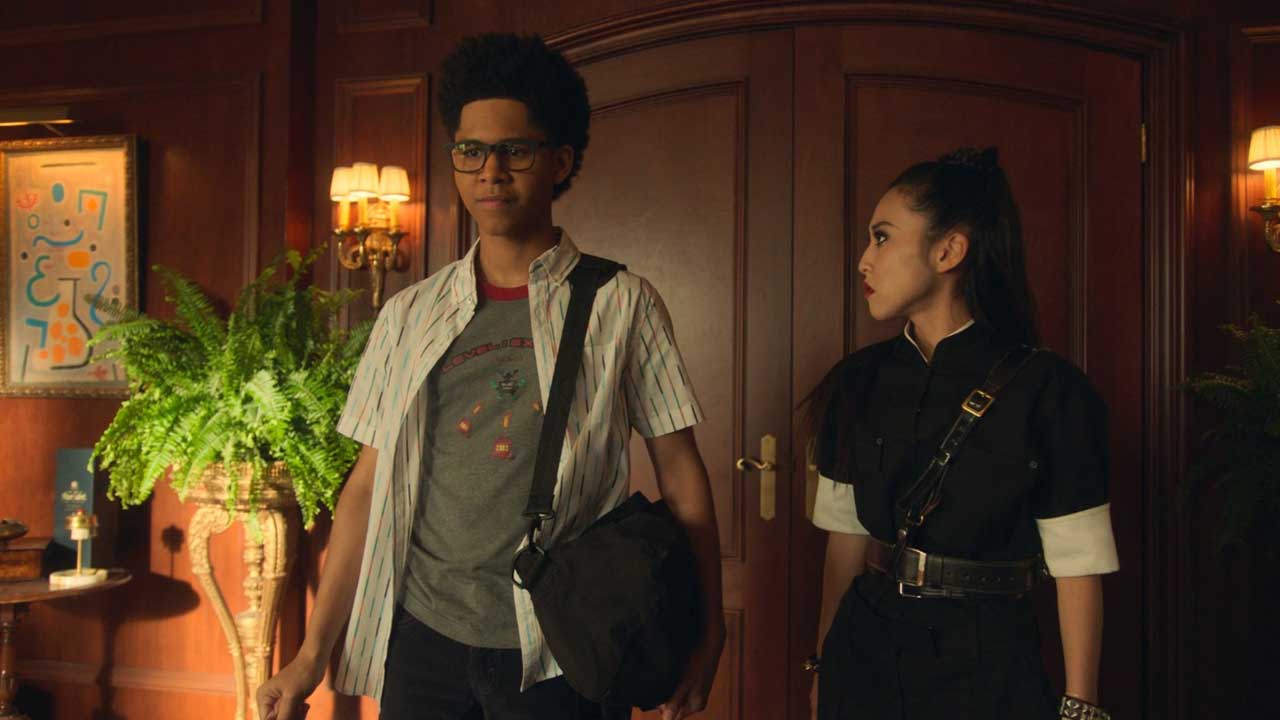 Marvel’s Runaways delivered a solid follow-up to the Season 3 premiere that, while taking several liberties with leaps of logic, does deliver an entertaining hour of television. The episode culminates with our core 6 teenagers united and ready to face the alien threats together, back in their dingy, deserted hideout that they’ve used for the better part of Season 2.

A longer than usual prologue sets the stage for The Great Escape. The title is unarguably devoted to Chase, Karolina and Janet who work together to figure out the glitches in the algorithm of the VR world within which the trio’s minds are kept imprisoned. All the while, the aliens inhabiting Victor and Tina plan their escape out of earth while discussing some inter-family dynamics in what is essentially a single-take sequence, nicely directed by Philip John.

We again get to spend some time with Alex and Nico although the dynamic isn’t as strong or heartfelt as it was in the season premiere. Much of the deeper interactions have been replaced with Nico protecting Alex by shielding them with a cloak of invisibility, which rapidly drains her strength and stretches the use of her powers to its limits. Alex somehow manages to successfully bring out the genius nerd in them and decipher alien-language code that previously, only Janet could uncover. This proves to be the key in freeing the three up.

Runaways probably understands that it’s landed a goldmine in the relationship between Karolina and Nico and it’s leaving no stone unturned to flesh it out as much as it can. The duo get plenty of moments to soak in their romance and the amount of time spent with them makes me almost wonder if one of them isn’t going to make it out safe. With this being the final season of Runaways, it wouldn’t hurt for the show to bump off some major characters to sordid fates.

I’ve always found the choice of employing a full-fledged cinematic look for filming sequences inside the alternate reality interesting. The shift between those scenes and when we cut to outside is so jarring it almost makes the regular Runaways look feel jaded in comparison. Like a 90s TV show compared to modern day television, the VR world is realized using a wide-screen aspect ratio, filmic motion blur and all the other bells and whistles that may be difficult to pin down but are quite discernible. I wonder what it would take to film the entirety of Runaways in that format; would probably make it akin to something like Amazon’s own The Boys in its visual feel.

There’s definitely a sense of moving through the pieces in Episode 2, as if the showrunners need to quickly wrap this up and get the gang together so that the next set of threats or challenges can be quickly unfolded and placed ahead of them. It’s almost like they realize that 10 episodes might fly by too quickly if they take too long for developments to pan out. Then again, the flip-side to this is that while the episode may feel like a mostly by-the-numbers installment, there’s barely any pacing issues that plague those Marvel Netflix shows or even Freeform’s Cloak and Dagger which are otherwise great shows bogged down by a lethargic pace.

On the whole then, as entertaining and briskly paced as this episode was, it still leaves some things to be desired in terms of character interactions and letting the quieter moments sink in. Which is okay I guess, since the binge nature of episodes means there will be others that give us room to settle.