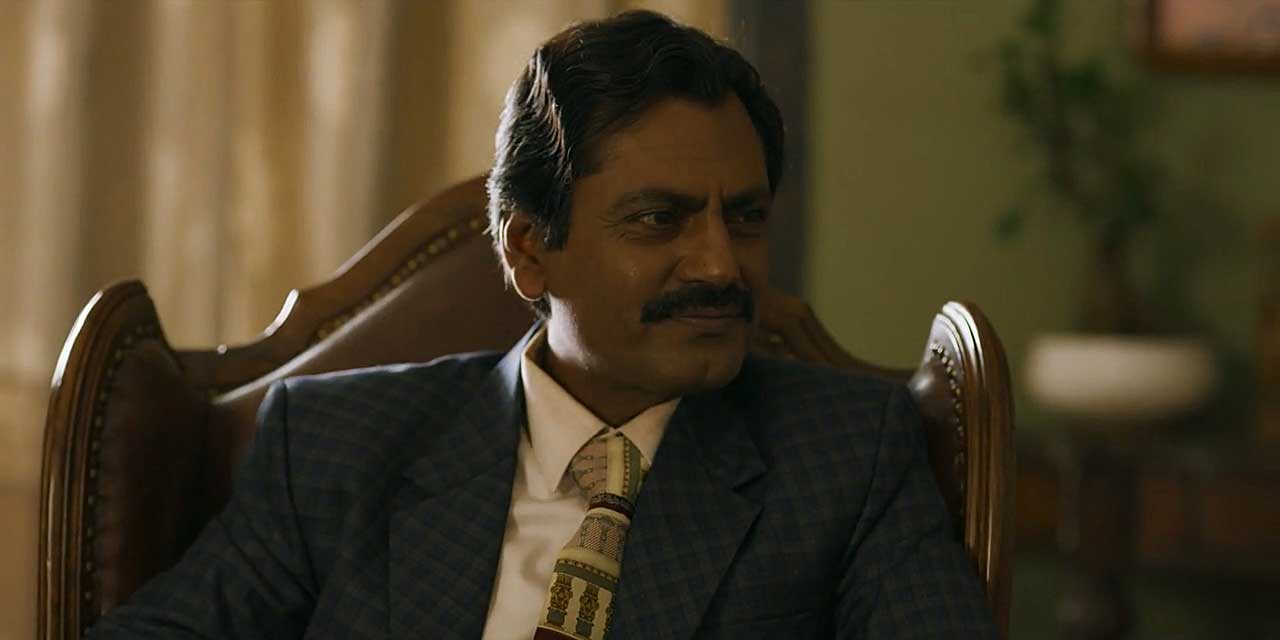 Sacred Games is back. Netflix’s first Indian original and arguably its most popular one, Sacred Games returns in Season 2 with a strong episode that continues its concurrent storylines contrasting Sartaj Singh’s present-day trials with gangster Ganesh Gaitonde’s past history. It leaves little room for reacquainting and reintroducing the show to new audiences and instead picks off pretty much right where we left off in Season 1. To further emphasize the continuation, the showrunners introduce the title card as Sacred Games Episode 9, instead of Season 2’s Episode 1.

The Season 1 finale ended with Sartaj putting some pieces together to realize that the imminent threat to Mumbai is a nuclear one. This episode picks up right after as Sartaj summons the cops to the scene and they begin investigating for further clues. Struggling to prove his mettle throughout the first season, this proves to be a big break for Sartaj’s career. His efforts are finally recognized by Mumbai’s police commissioner leading to him put in charge of heading the new anti-terrorist organization.

Sartaj’s ascent is contrasted nicely with Gaitonde’s semi-descent. With the Mumbai police cracking down on all nefarious activities following the 1993 blasts, Gaitonde’s operations in Mumbai are thwarted. He finds himself in the middle of the sea, being escorted to Kenya where he sort of starts over, working for a Kusum Devi who’s in some ways, even more badass than Gaitonde was. Gaitonde helps Kusum take out Bobocho, the equivalent of Kenya’s Gaitonde who has ties to a cartel that funds ISIS operations in Mumbai. Effectively, this is the first good thing Gaitonde ends up doing in a long while.

As with earlier titles, Matsya draws from Hindu Mythology and refers to Vishnu’s first avatar of a fish who was blessed with the semen of God to evolve into human life. The analogies with Gaitonde are metaphorical, with Gaitonde finding himself a fish out of water in a new territory as he must build his clout back. But they’re also literal, with Gaitonde being fed nothing but fish presented through some uncomfortable close-up shots that should disorient vegetarians a bit. In an almost meta way, the title Matsya also works well as the “beginning” of a new season.

We also get a peek into Sartaj’s personal life as he attempts to reconcile with his ex-wife(?) who has now moved on. Sartaj finds himself incredibly lonely after losing his companions last season and fighting a corrupt force that just refuses to acknowledge the enormity of the threat they’re facing can bring anyone down. And as if the emotional pain isn’t enough, Sartaj is also dealing with literal, physical pain of having his thumb chopped off in the Season 1 finale. This unfolds nicely through the show’s attention to detail; for instance, I loved Saif’s agonizing expression as he struggled to open a car door. These simple details go a long way in selling the show’s grounded nature.

The gritty, grim tone notwithstanding, Sacred Games maintains its wicked sense of humor. This is most visible in a phone call between Gaitonde and Bunty where the laughs come in quick succession. Bunty’s dialogue about him dipping Parle-G in tea is sure to inspire a riot of memes, as is some of the conversations about Gaitonde messing with him by revealing the moon as his location. Gaitonde’s interactions with Purshottam as he tames the “newbie” into the world of gang wars is also funny. For a change, the episode is devoid of any nudity although sexual acts are implied in a large way.

Technically, Sacred Games continues to be outstanding in its production values and other aspects. The combined cinematography by Sylvester Fonseca and Swapnil Sonawane blends in effortlessly into the narrative, switching between shaky cams and wide panning shots depending on the storyline’s requirements. They also manage to squeeze their cameras into surprisingly tight sets such as the printing press at the end. I’ve become a huge fan of Alokananda Dasgupta’s mesmerizing, pulsating background score that builds tension so incredibly well it can stress you out even in the relatively simple moments; the prologue track was a standout. The intro appears to be updated as well to include imagery from real-life incidents pertaining to Season 2’s time period.

While Sacred Games has been (thankfully) light on over-the-top Bollywood action, it has instead offered its own breed of strenous, tense stand-offs and chases. One such short chase occurs as Sartaj and Majid uncover the press where a certain propaganda pamphlet was printed and the characters end up running a dilapidated building’s staircase, with the camera panning up in a single take. You can check out the details of how it was done here but it was a rather cool way to use otherwise shabby surroundings to deliver a cool effect.

It should also be interesting to revisit some characters from the past season that had a much smaller role the first time around. Surveen Chawla’s Jojo is this episode’s case in point, as we see the foundations of her relationship with Gaitonde that should eventually culminate in that disturbing Season 1 opening. And Guruji is still lurking around behind the scenes; while we should eventually see him in future episodes, his presence is strongly felt.

On the whole, a great start to Sacred Games Season 2. I must admit it wasn’t as huge of a leap as Season 1’s premiere was (which I scored immensely high). The first Netflix original factor has since waned but Matsya still stands as a strong episode, offering some tantalizing teases of the central theme of Sacred Games. In a particularly powerful but brief monologue, Gaitonde explains how Vishnu’s avatar may have been responsible for our evolution from fish in mythology, but it’s the chaos of religion and diety worship that truly turned a creature into a human. Good stuff.