Gaitonde visits the enigmatic Guruji as Sartaj makes some headway in his investigation. 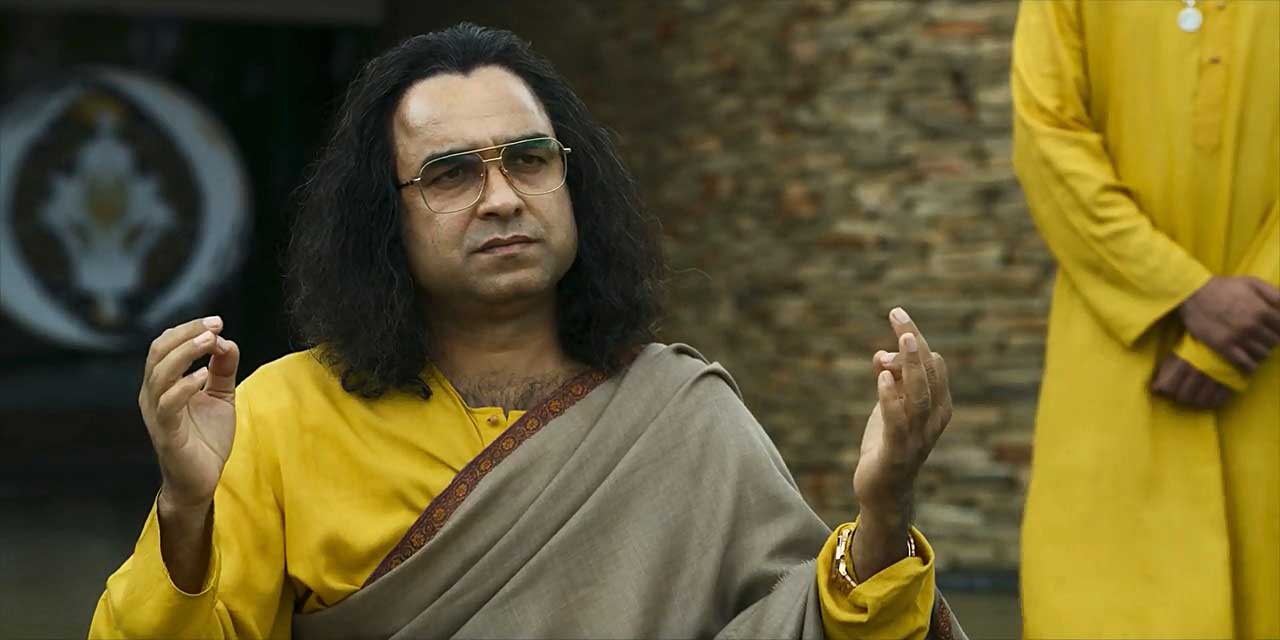 Sacred Games sent Gaitonde and Sartaj on their respective paths as it unraveled pieces of the larger conspiracy at play. Pankaj Tripathi’s Guruji makes his first proper appearance on the show as his words of wisdom tend to fascinate and enamor even the otherwise hard-to-please Gaitonde. Sartaj on the other hand tries a different, more cooperative method to elicit some responses from an imprisoned potential suspect.

Gaitonde is at this point single-handedly obsessed with bringing down his arch rival, Suleiman Isa. Their gang war is reminiscent of some of the great rivalries in real and reel life and they keep dodging each other’s attacks with wit and war. Gaitonde is also beginning to move on from his first “love” Kuckoo by striking a relationship with Jojo, who looks poised to have a bigger role this season.

Sartaj is also forced to confront some tough truths, particularly the reveal that his father was also an ardent follower of the now deceased “Guruji”. What’s interesting here is that there’s potentially a lot more backstory involved than is revealed. Sartaj staring at the ashram’s pictures could make for a mini spin-off series about the ashram itself, as would the circumstances around Guruji’s death in 2015 which may or may not be revealed in this season.

Both Sartaj’s quest for truth and Gaitonde’s thirst for revenge bring them to the episode’s pivotal location: the ashram. In the past, Gaitonde is witness to a hypnotic, powerful message from Guruji about how the chase for power and anger consumes one from within. Sartaj poses as a textile businessman, his visit being more of an infiltration where he comes face to face with the season’s new addition: Kalki Koechlin. They’re all shrouded in mystery at this point and we should learn more as episodes progress.

Once again, I’d like to digress from the main storyline and appreciate the technical production qualities of Sacred Games, aspects which can be so vastly underrated. As great as the cinematography and background score are, the sound design adds another dimension to the show altogether. Take for instance, the simple sequence of Sartaj and Majid going through former agent Anjali Mathur’s diary (Radhika Apte). The background hustle of traffic and noise just enhances the show’s groundedness and you’re at once sold and convinced of the police station’s location nearby a busy street, as opposed to being on set (which it very well is).

In all the chaos of religion, power and gang wars, the central plot is still lurking around. The cops breaking the nature of the threat as being nuclear and not the usual terror attack and home minister Bipin Bhosale’s subsequent reaction were good enough to convey the bigger game at play here. The stakes are so high, and something so sinister is being planned, that even the top players in the game are kept out of an even larger conspiracy unfolding. A girl was also brought in with radiation symptoms which should hopefully play a role in tracing the source back to the origin in future episodes.

With 12 days and 6 more episodes to go, the threat on Mumbai, and consequently India, is rapidly approaching. And there’s a complete labirynth of puzzles and clues to navigate before our leads uncover the real ploy at play. As Gaitonde hinted at in the Season’s cold opening: the key to deciphering it all lies in finding out what “Trivedi surviving” means. A step down from the Season 2 premiere in terms of pacing and narrative development but overall a great watch still.